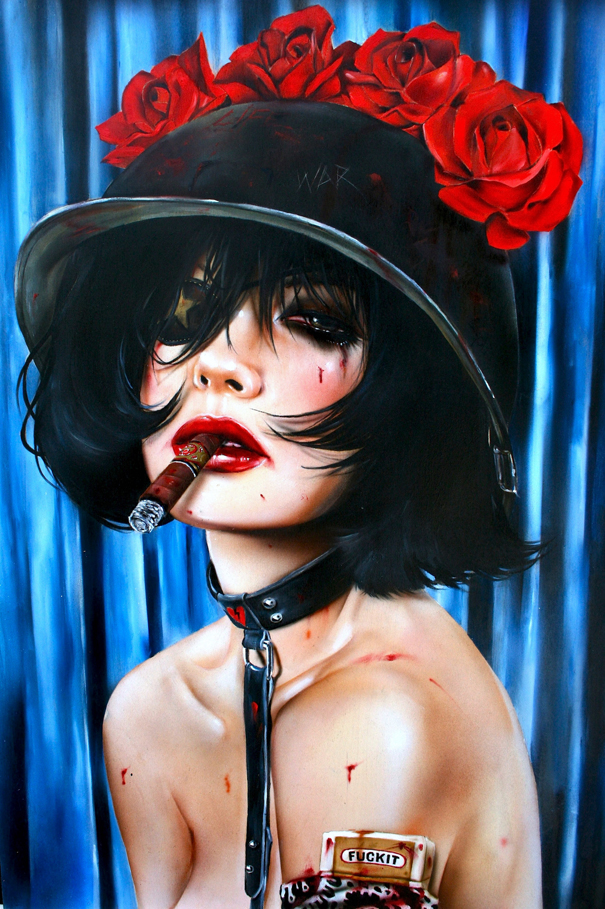 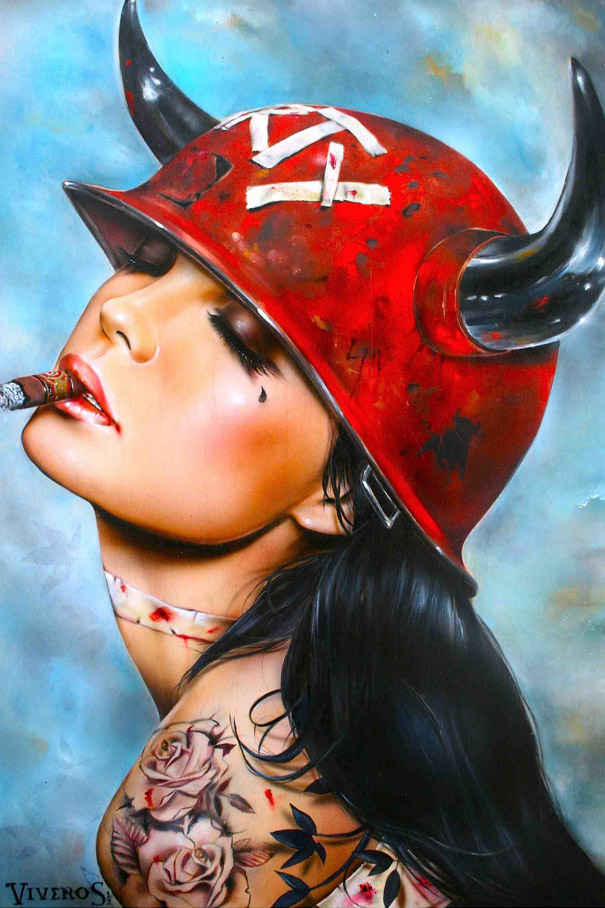 "Happy to say I've been a long-standing member of Viveros' Smoking Arm-me for sometime now and it is an extreme honor to work so closely with the man. I remember first coming across his work back at Copro Gallery back when they were in a lil' hole of a place off of Sepulveda (before their big move to Bergamot). Brian used to also show at Art At Large in NYC where John John Jesse got his start and my wife and I used to love viewing his early works online there. When we had the chance to begin working with Brian on a larger scale we had to pinch ourselves. It's been so rewarding to watch how far he's taken his work in the past few years. Really pushing himself to get stronger and stronger. We just returned from showcasing a new body of work from him at SCOPE in Miami during Art Basel week and can confidently say that he has one hell of a year ahead of him after his work shined so brightly on that international stage."

"I adore his portrayal of the bold feminine. His characters have a ‘take no shit’ attitude, they are empowered and strong yet still beautifully feminine. The quintessential ‘femme fatale’, who can resist it?"

"I’ve been familiar with Brian Viveros’ work for years, but finally came across a physical piece (‘Bull-Fight-Her III‘) last year during LA Art Show. I’ve always been taken back by the depth of personality his “Cigarette Girls” exude, with their sexy doe eyes paired with seemingly childlike characteristics. There are numerous artists on deviantART who have brought these characters to life in their own unique way, Brian refers to them as his “Arm-Me”. Oh! And, as a makeup artist myself, I have mad respect for Brian’s makeup techniques - his sultry, smokey eye is on point! "

Show all reactions
"i love how cool these people look.... and the squid had is awesome, this is how i want to paint when i get better. I's really my style... you inspire me ^^"
"Very dark, truely amazing! i love it. :]"
"These pictures are Sick in a good way very very beautiful and hard core"
"kewl. nice job. =)"
"very nice, but as soon as i saw the octopus on the girls head it reminded me of Camilla D'errico's work, and you're both from Cali, go figure."
"Gorgeous. You made my day. Thank you."
"obsesed w/ cigarettes? oh well GREAT work LOVE IT!!!!!!!!!!!!!!!!!!!!!!!"
"i love the octopusher face is so raunchy"
"Great subject matter. Very interesting to look at."
"i really like the colors in both of your paintings. i really like the one with the woman wearing the army hat!!!!" 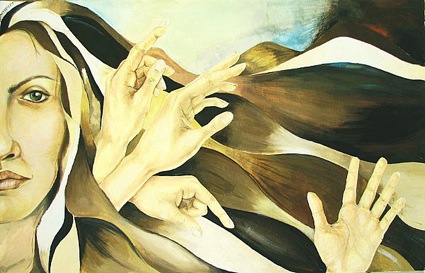 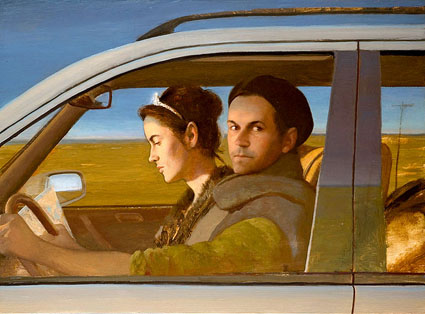