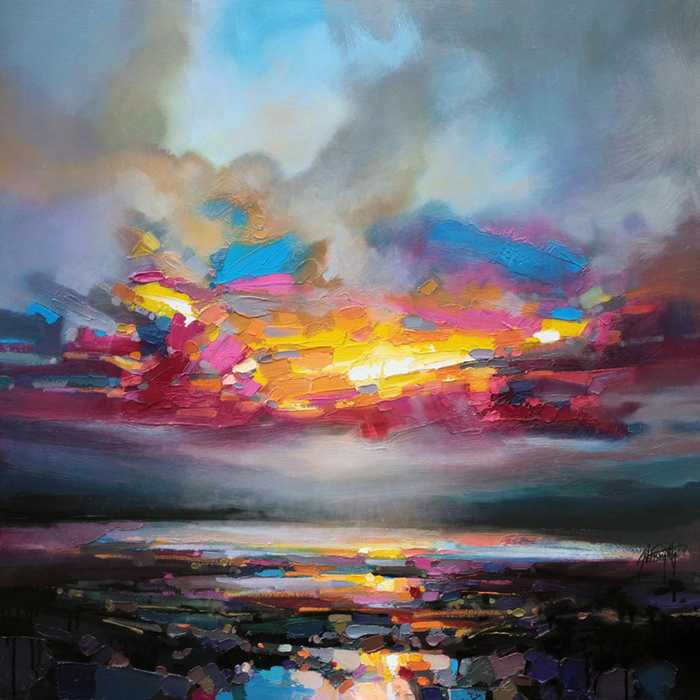 With the ambition to become an artist, Scott studied at Duncan of Jordanstone College of Art, Dundee. In June 2000 he left with a BDes in Illustration and printmaking. Since graduating Scott has been a full time artist, working from his studio in Glasgow. Much of his time is spent traveling around the country looking for inspiration for another take on the Scottish landscape. The many lochs, glens and isles of the West coast are amongst his favorite subject matter for his vibrant and atmospheric oils. Since 2003 Scott has also been a part time lecturer at the Creative Arts Department of Reid Kerr College, Paisley.

Scott uses vivid colors in a vigorous application to represent the fast changing light conditions of the West coast of Scotland. Color use often becomes an entirely emotional response to the subject while tone can remain representational. The love he has for his native Scottish countryside is portrayed in his work through an ebullient energy with which he handles the color with palette knife and brush.

Scott describes his work by saying, “After 10 years of painting the Scottish landscape, my recent work now becomes more involved with cloud cover and its effect on light and color through both its translucent and opaque properties. Clouds are visible masses of water droplets or frozen ice crystals suspended in the atmosphere . They have the ability to refract and reflect, creating an ever changing perception of light which inspires my use of color. I am constantly referring to the paradox of a cloud’s perceived weight and its fragility and the relationship between the cool and warm colors created by it. I have become increasingly interested in catching the moment when heavy overcast clears to reveal clear blue sky, a cool color that complements the warmth it brings. While the most obvious manifestation of light refraction at this time would occur in the form of a rainbow, I will be concerned with accentuating the infinite, more subtle effects.”

Scott's inspiration comes from three main sources: Turner for atmosphere, Matisse for color and the Expressionists for their freedom of paint application.

He uses drones to fly across the Scottish landscape in order to help develop ideas for new paintings.

Scott paints transitional skies as a metaphor for light from darkness, in keeping with the overarching themes of hope and optimism.

Scott is an AAD guest curator

"Naismith's colorful, Impressionist-like paintings of the Scottish landscape are refreshingly beautiful. Love how the changing colors of the sky, from dark to light, represent hope and optimism."

"Naismith's vivid use of color and landscapes (particularly sunsets and the sea), along with his plays with opaqueness and lucidity, create an engulfing environment into which the viewer can immerse oneself. I find the concept of creating one's own sunset in the mind, or on canvas, and interpreting the raw pathos with color enthralling."

3 comments from the artist

"In reply to Timothy, here's a link with info about how to buy an original painting: http://scottnaismith.com/how-to-buy/"
"[...] I was featured on the fantastic artistaday.com site. These days getting featured on a good blog results in better exposure than a National [...]"
"Thanks for all your 'rates', kind comments and interest in the work. Flattered to be featured on what is a great site! Accidentally rated myself a 3!"

10 of 89 reactions from users displayed

Show all reactions
"Hi Scott,My wife and I are blown away with your artwork. We purchased our first print "Marina" following a wonderful long weekend touring Scotland in a Type2 VW campervan.We now own a further two prints "Cerulean" & "Refraction" which look awesome in our home.Could you tell me which Loch gave you the inspiration for "Marina"?"
"made me remember the works of GABINO AMAYA CACHO from Abstract Pointillism has become part of the history of universal art with his works based on the rationalization of emotions, scenes and colors. So I would like to see works on this blog by this teacher."
"I love atmospheric paintings. The strong colors that break away from the gentle surroundings are jarring, eye-catching and perfectly balanced with the rest of the piece. These are gorgeous, and I look forward to following your blog!"
"Thats awesome. Cant believe."
"Stunning work by a very talented fellow Scottish artist. I love how he interprets the surface of water or the clouds by using such vibrant blod colour, They are stunning pieces that anyone would be lucky to own.I hope you get a chance to check out my take on colour expression too, though my paintings are much more abstract in nature.Congrats on the feature!"
"hey Scott, your art work is so great. I like its colors."
"Nice coloer arrangement?"
"I just love Primary sky. Powerful and breathtaking."
"Scott, We Love your work. It is eye-catching! The colors are BEAUTIFUL & BREATHTAKING . We appreciate your blending with color! My husband is a beginner in the Arts, and is doing fantastic. Your work is inspirational to him. Thank you. We will be following your blog. Keep it going!"
"Your art is glorious. I would love to see more of your work. Cheers,kimmy" 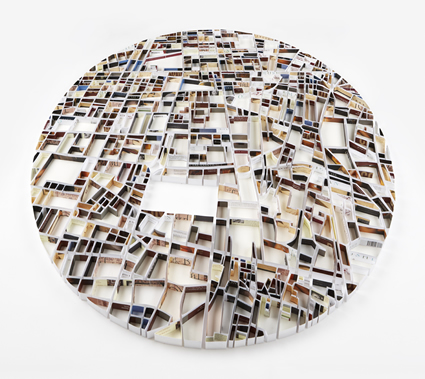 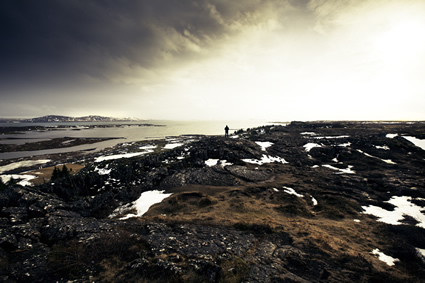