Save Thenjiwe Niki to your Collection. Register Now! 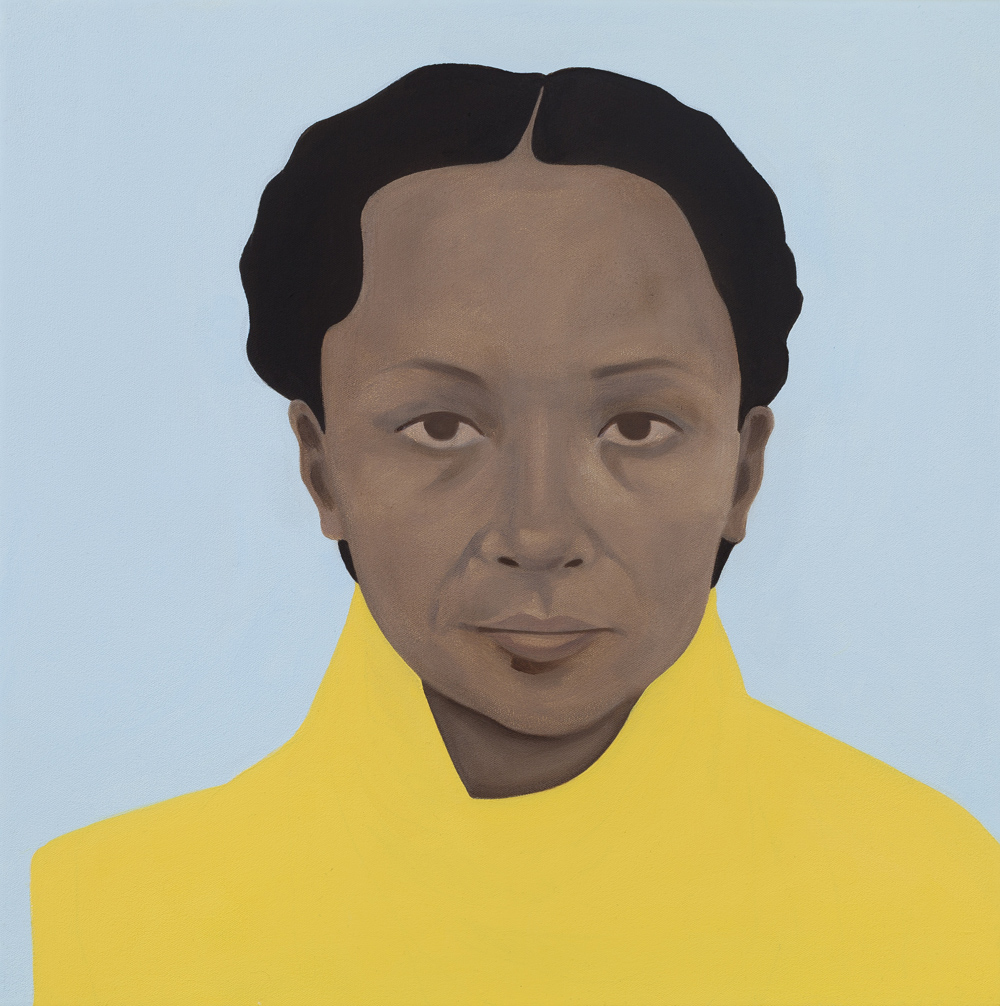 Thenjiwe Niki Nkosi is a multi-form artist based in Johannesburg, South Africa whose work has garnered international acclaim.

Her series “Heros” depicts a diverse range of personalities, some familiar and others less so, thus immediately raising questions about the concept of “hero”and prompting viewers to ask themselves, “Should I know this person?” Each canvas measures 50x50cm, rendering figures just slightly larger than life, in a square, frontal format reminiscent of an ID photo. Installation at eye-level flattens the hierarchy between subjects and reinforces a sense of familiarity, but the faces shift between recognition and obscurity – a result of Nkosi’s strategic selection of subjects, our dominant art historical and ideological contexts, and her masterful use of oils. With thinned oil paint, Nkosi layers muted, flat colour over earlier, more representational portrayals – a technique which “veils” the subject and compresses pictorial space, assigning human flesh the two-dimensional, iconic aesthetic that hero status demands. But the figure is not completely consumed: Traces of the naturalistic depictions beneath; warm, nuanced skin tones; and Nkosi’s choice of ordinary, lesser-known source images (and also some “ordinary” subjects) push back against the surface to suggest complexities beyond the hero narrative. The limbo occupied by these portraits – between familiarity and obscurity, reductionism and complexity, certainty and strangeness – acts as an interrogation of the realities propagated by the powers that be. It challenges notions of singular history and the grand narrative, targeting its manufactured symbols, and encourages the viewer to do the same. While Heroes may seem at first glance like a digression from her prevailing painting subject of architecture, Nkosi sees both subject threads as the same thing – or at least, functioning in the same way. Both are constructs, monuments to ideologies. Tellingly, she refers to her architecture painting as “portraits” and her human portraits as “figures”; this inversion imbuing inanimate construction with subjectivity, and reminding the viewer of the objectifying and reductionist tendencies inherent in hero worship.

"I was walking through the Untitled Art Fair, one of the satellite art fairs held during Art Basel Miami this December, and Thenjiwe’s painting stopped me. The painting, Mahlangu (After Solomon Kalushi Mahlangu), expressed a beauty and solemnity that in the noise of the art fair transcended both space and time. It held me and has in some sense haunted me ever since." 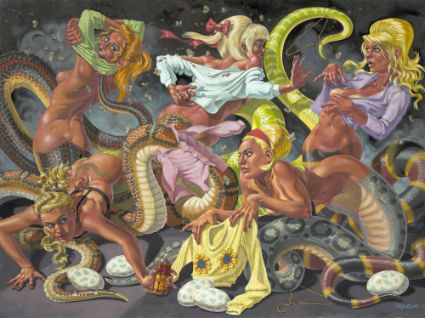