Save Erin to your Collection. Register Now!

Erin Currier was born in 1975 in Haverhill, Massachusetts and received a BFA in costume design from College of Art in Santa Fe.

Part portraiture, part collage constructed of disinherited consumer “waste” collected in nearly fifty countries, part sociopolitical archive, but wholly humanist, Currier’s work has been featured in numerous solo shows, including a major exhibition at the Bolivarian Republic of Venezuela Embassy in Washington, DC. Her work is exhibited and collected internationally. She lives and works in Santa Fe, New Mexico.

Erin explains the work by saying, “through drawing the environments that I encounter abroad; secondly, I collect discarded ephemera from the streets of the world; finally, I incorporate the above findings into portraits that celebrate figures who resist or defy authority; as well as people who exist outside of their societies’ conventions. My work is comprised of discarded trash I find on my travels as well as acrylic paint and glaze. The discarded waste is re-transfigured into, hopefully, something of beauty; in the same way that discarded human beings, who are the subject of many of my portraits are, themselves, re-contextualized through the privileged position of portraiture, historically relegated to oil barons and kings. My use of trash is thus a poetic incantation -a call for a counter power rooted in the imagination.”

Show all reactions
"Looking for Erin's Babby Seale portrait"
"Dear Erin, you have been an inmense inspiration in my late work , so I am inmensely thankfull since I meet your work in santa Fe four years ago, hopefully you will get to see my work very soon. Love and blessings Verónica from Mexico"
"I love this. almost like graffiti and arabian pop mixed together."
"I like your beard."
"Erin, you inspire and ignite! May you continue to bless us with your immense talent!"
"These are incredible! So glad I checked this out today...will continue to follow your work."
"Superb work, strong visual impact! Keep at it"
"Woah, this is beautiful. Both of your paintings are just marvelous. I love the buildings and scenes you put on the women's dresses."
"I love it, strong visual with strong statements...extraordinary"
"It is not unique. It is a fantastic conceptionalization of grafitti and illuminization with mixed media. However it is attention grabbing mural with the focus being pulled toward the emotions on the faces." 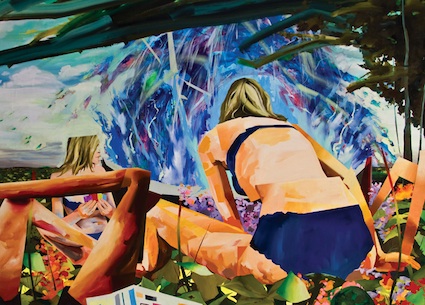 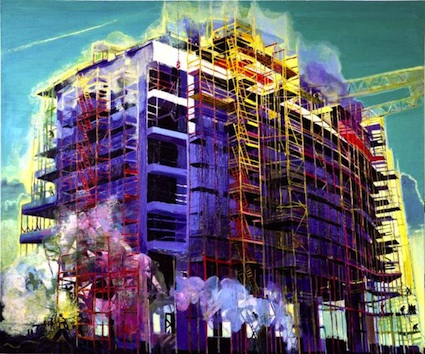