Save Josh to your Collection. Register Now! 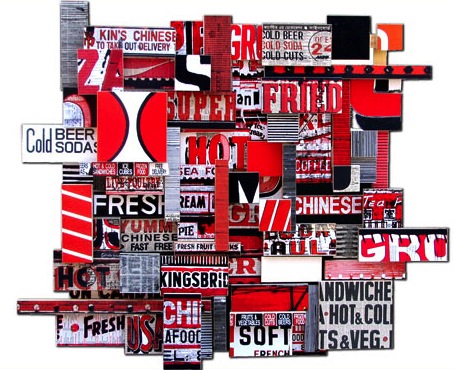 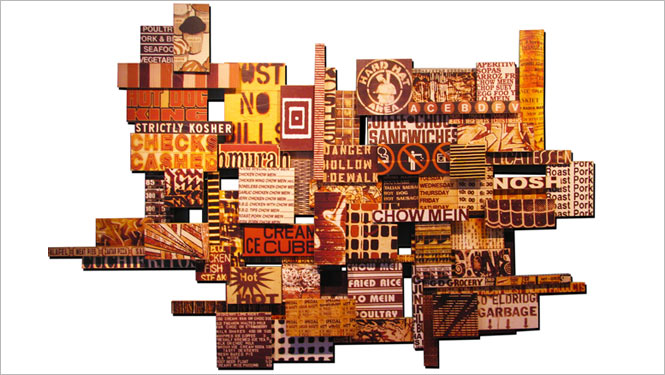 Josh Goldstein received a BA in Architecture from Pratt Institute and a BFA from Washington University in St. Louis.

He does most of his research on his bike rides around New York City. His art is inspired by a fascination with the the density, decay, and diversity of the city—street signs, Chinese take-out menus, old bodegas, graffiti tags, and other urban ephemera.

The resulting plywood collages express the murky boundary between the mundane and the sublime that Goldstein encounters on his bike rides. ‘It is my aim to re-contextualize the banalities of city life through my salvaged plywood constructions,’ he says.

Show all reactions
"The work conjures up Dada constructions of the last century however and obviously come from a completely authentic and less rarefied space. Would love to see in person."
"I'm a long-time fan of Mr. Goldstein and enjoy his "seeing by glancing" approach to signage and other uses of language with which the City tells its story. His work gives shape and weight to the passing and ephemeral and in doing so reminds us that commerce must capture our attention if it hopes to engage and that engagement is rarely accidental."
"In addition to his very original & spontaneous art & the homes he has lovingly designed, he also has a great voice & has recorded CDs w/a great rap group. He is a creative, multi-talented artist."
"This guy is a genius-This is some beautiful work-Where is it available"
"Extremely creative with loads of nostalgia for the NY scene."
"Your work always makes me hungry.... Always a fan, Josh!"
"It's obviously very difficult to do something that doesn't look like a knock off these days!Where is the originality?Has everything already been done?"
"i luv this!!!"
"I have admired Josh Goldstein's work for years. I appreciate his originality and fresh perspectives. I have enjoyed watching his pieces change as he takes each one to the next level."
"I love Josh's art. He's been creating amazing art since he was 2--I have every creation. Congratulations to Josh for being the artist of the day. MM" 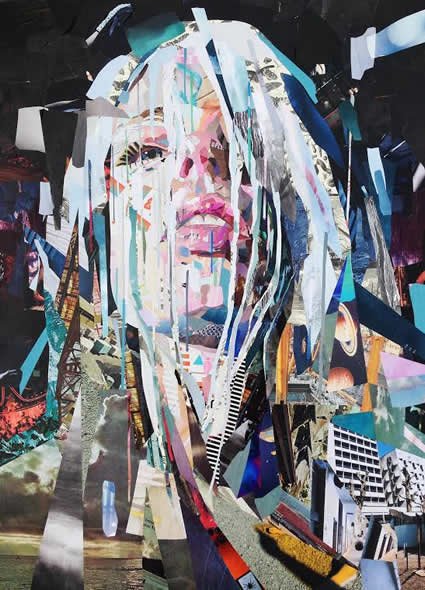 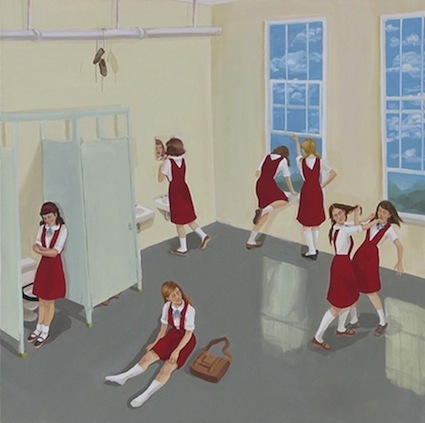