Save Meggs to your Collection. Register Now! 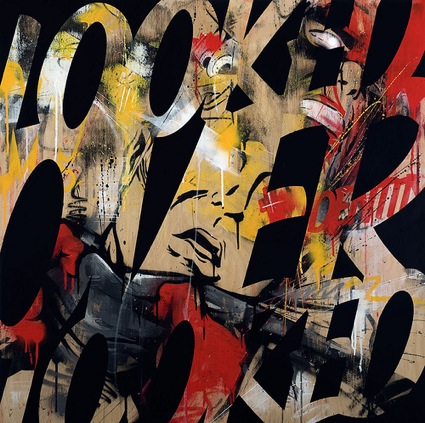 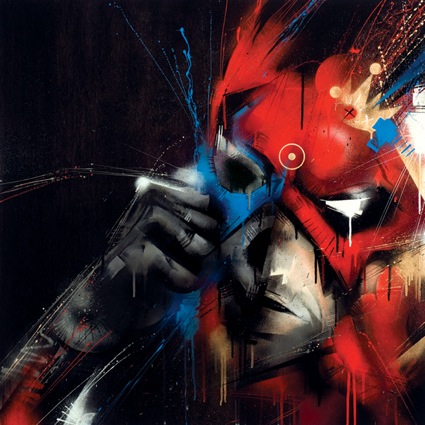 Growing up in the suburbs of Melbourne, Australia, Meggs” early artistic development was influenced by the cartoons, comics & sci-Fi films of the 1980″s. Fuelling his vivid imagination and creating a passion for superheroes, fantasy characters and bold colourful graphics, such as those found on toy packaging and video covers. This soon developed into a passion for skateboarding culture, graffiti art and graphic design.

Meggs” work continually references the nostalgia of childhood heroes and villains, exploring the notion of “duality” and an on-going question of morals, rights and authorities. Reflecting on personal experience Meggs produces energetic depictions of heroes, villains, and subverted collages of pop culture symbology.

Spreading his street work as far as Paris, London, LA, SF and Tokyo, Meggs has also contributed to numerous group exhibitions both locally and internationally.

"why do you have orange hair"
"YOUR HEAPS GOOD :)"
"how do i find out about getting the bottom painting?"
"wow, you're the best artist in the world. you should get a trophy."
"i like the top painting...it's wity and clever. and i like the contrast between the black on the inside and the color in the words. the picture is uniquely done:)"
"i love it i believe it says looked over looked"
"Interesting combination of elements."
"wild, crazy, loads of fun. i feel the action, dude. wicked cool."
"looking over looked is cool!I think the art work in comics is overlooked because people dismiss them as comics,a childs play thing."
"Love the bottom painting. Interesting use of color, technique and subject matter." 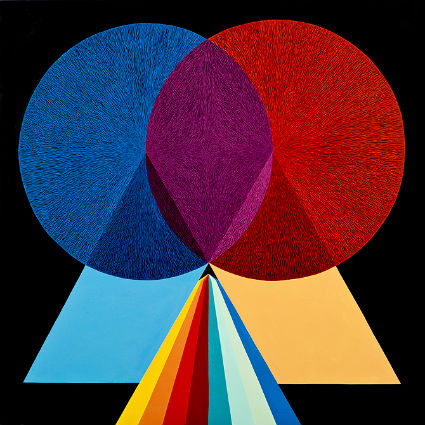 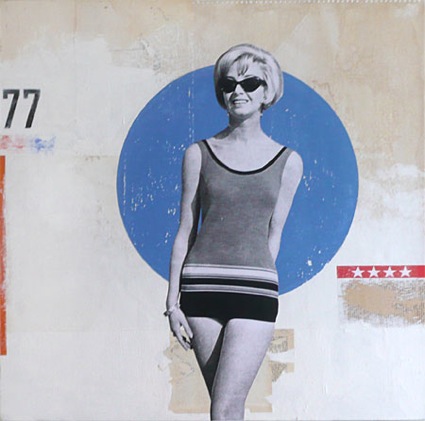