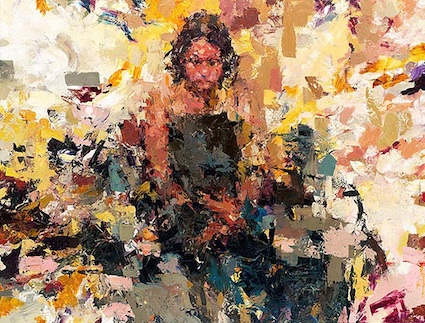 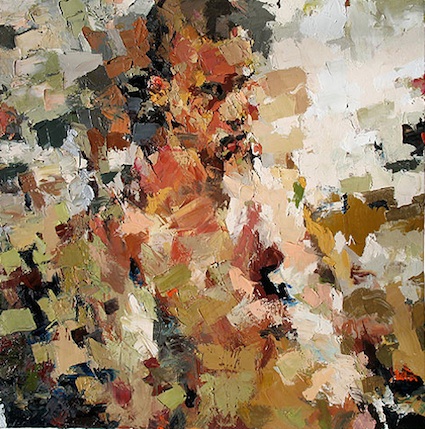 Born in Lubbock, Texas, onetime home of both Buddy Holly and Marvin Pontiac, Joshua Meyer’s dreams of Rock and Roll stardom were abandoned when he realized that his voice cracked and Elvis’s did not. The next King he was not. And’so the legend goes’he picked up a paintbrush instead.

After too much education for his own good (a certificate from Bezalel and a diploma from Yale), Meyer set out to discover all that was good and true. Settling in Cambridge, Mass. with his wife, kids, and more tubes of paint than you can shake a stick at (unless of course your name is Jackson and you’ve been drinking), Joshua Meyer has been working at painting the Great American Painting.

Meyer has shown his work all around the United States and the world, and has received a few nice reviews, honors and awards which went straight to his head, of course. He has been known to ramble about lofty ideas and the Language of Paint’he has even been known to quote Wallace Stevens’but as with rock superstars it is best not to indulge painters when they are trying to sound too intelligent. At the end of the day, it seems, Meyer paints because he loves to make a good mess.

"Joshua Meyer's paintings walk a tightrope between chaos and control. They are calm and emotive, yet the palette knife strokes are energetic and unpredictable. Thick impasto marks become liquid flesh on the canvas."

Show all reactions
"I can see how the first one relates to the girl inside, but the second one I can barley see I dnt kno if it has deeper meaning thats why its blurred to say something, but I dint get any thing out of it."
"Awesome pictures =)"
"This is truly beautiful, almost as if theres is a story behind the work and inclination put into the painting. a great work of art."
"I love the way this painting forces the eye to look closerI don't see alot of this style"
"I love the way the brush strokes individually make up the whole picture. Beautiful!"
"I love them, they remind me of a dream. Chaotic and random, but still peaceful and even somewhat sad. Beautiful."
"ah yes resembles a very young character of jesus or a very ripped zig zag man"
"I like these very much!"
"hey these r good, i really like the second one though, its mosiac but the face is made with fluid brush strokes, nice!"
"Evokes a more intellectual approach to painting. Some aspect of it reminds me of Cezanne." 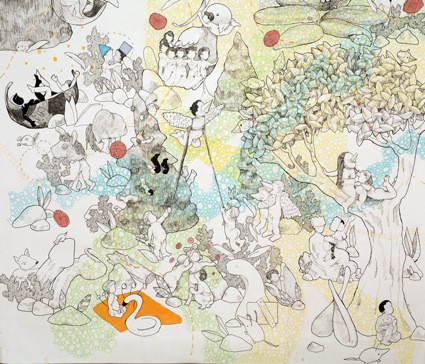 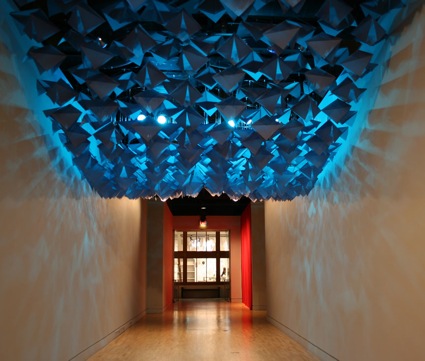