Save Gabriel to your Collection. Register Now! 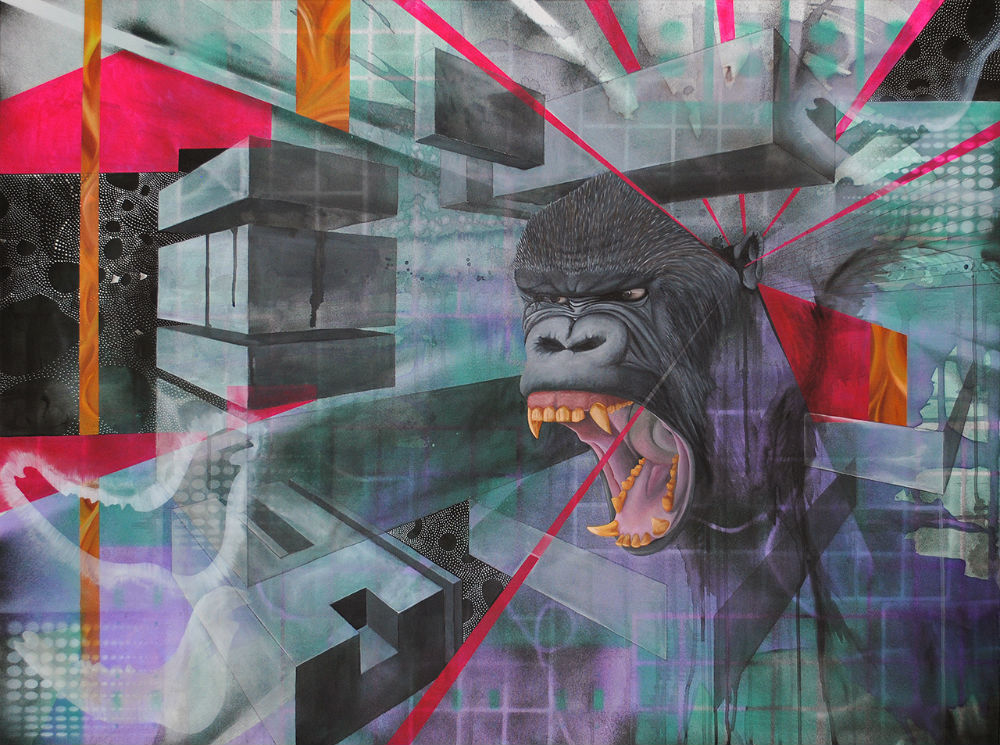 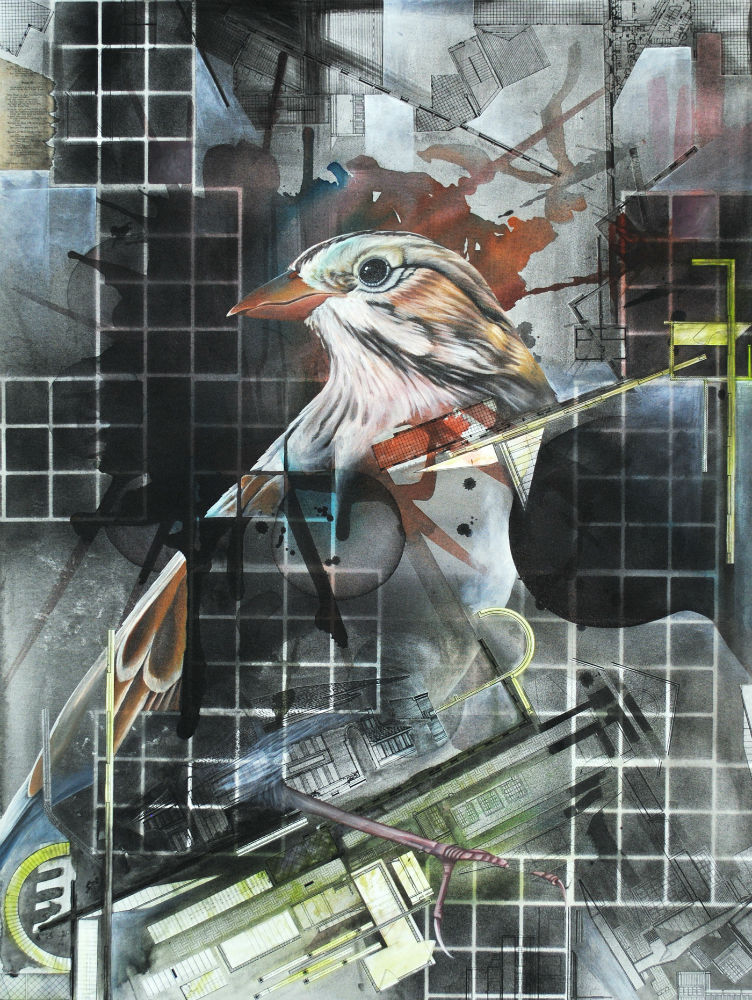 'For the animal goes to the house from the field in phases'
Acrylic, watercolor, spray paint, house paint, and paper on canvas

Gabriel Lovejoy was born in 1975 and is native of southeastern North Carolina, currently living in Wilmington, NC. While continuing to build and develop his painting practice Gabriel works as a full time art educator and graphic designer. He received his BA in Studio Art from The University of North Carolina Wilmington in 1998 and is presently enrolled in the MFA Painting program at The Savannah College of Art and Design (SCAD) with an expected graduation in the fall of 2015.

Gabriel’s paintings reflect his complex view of the union between the real and the perceived. He employs contrasting elements and styles to enhance this relationship. Throughout his career, Gabriel has maintained a reference to the diverse natural world in his constantly evolving body of work. Growing up in the 1980’s has given him an obvious set of influences from artists such as David Salle and Robert Longo. The open narrative that is present in his work pushes the concept of ambiguity while being visually grounded with a sound sense of design.

Gabriel explains his work by saying, “The reconciliation of opposites and the process of finding common ground for them to exist is what drives my work. I explore the relationships created between freedom and structure, progression and regression, consumer and consumable, yes and no. By providing a surface where these contrasts interact, the space within the comparisons gains importance. The complexity of our existence is clouded with opposing systems and it is the space between them that I am interested in rather than a specific contrast such as gender, race, politics, or religion. Addressing this clouded system by maintaining an ambiguous position where concrete meanings or universal definitions cannot be achieved is where my work resides”.

"Sorry, I can't relate to this ."
"Love it."
"astounding."
"I like the color and the anger"
"trippy and geometric"
"This looks angry and agressive to me. The contrast in color, let alone the Ape is terrifying to me."
"LOVE THIS!"
"a fractured copy of many pieces?" 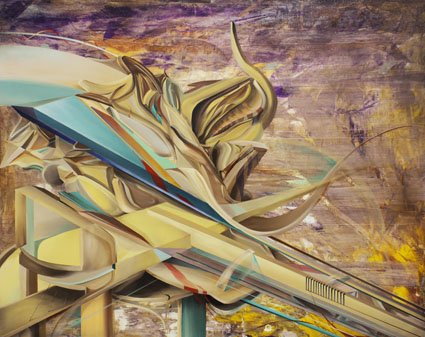 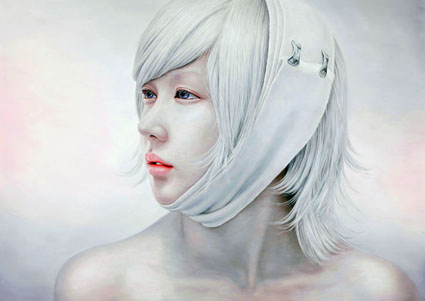