Save Zachary to your Collection. Register Now! 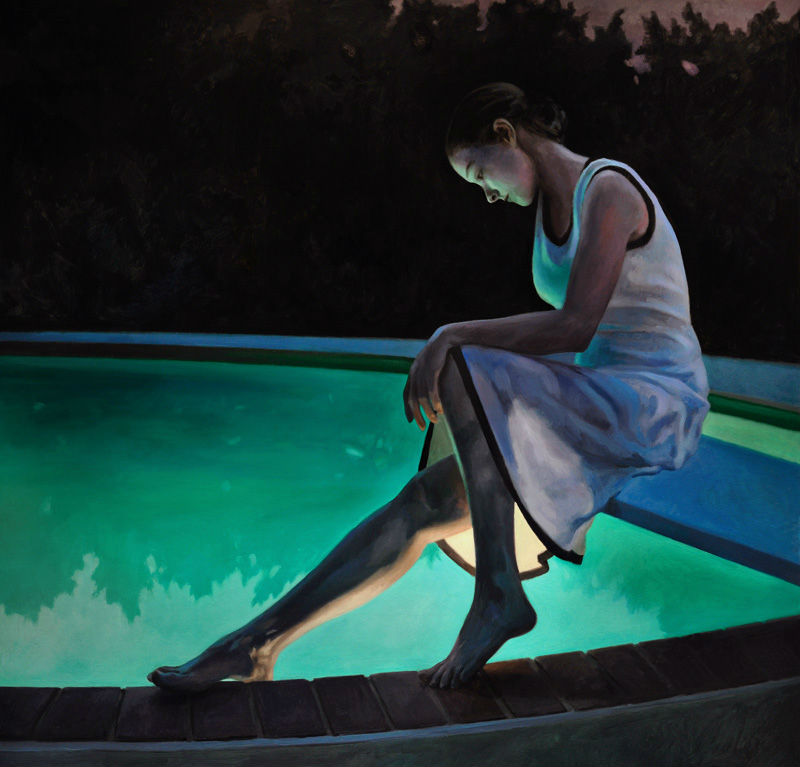 Born in Baltimore, 1979. Zachary’s childhood was spent exploring the trees, backyards and alleys of Charles Village and later the dimly lit suburban landscapes of Baltimore County. He studied under mentor Victor Janishefski at Calvert Hall High School who helped to develop his love of painting. Zachary went on to attend the Maryland Institute College of Art where he graduated in 2001. His work draws from his life experiences and the mysteries, memories and stories of the night. Zachary has been exhibiting his work since 2003 and has since shown in galleries around the world including New York, Los Angeles, Italy, Spain and Germany.

Zachary explains the work by saying, “The paintings of my night series are set in the midst of anonymous, silent streets, and illuminated by the isolated lights of the nocturnal world that turn otherwise ordinary moments into mysterious and provocative tableaux. I have been investigating the unique effects of this charged atmosphere, and try to create images that are ambiguous in narrative and evoke complex emotional responses. I wish for the paintings to go beyond (or beneath) the surface drama of the scenes to reveal, in half-lit moments, a private realm of experience. Surrounded by sheltering trees and glowing houses, against the looming darkness and a silence at once ominous and reassuring, solitary figures encounter the promises and hazards of the night, as the viewer in turn encounters them.”

"Thanks for the comments everyone. I've posted a bunch of new work and added some detail images so you can get a better view of the brushwork. Check them out here:http://zacharythornton.com/Pages/Narratives.htm"

10 of 40 reactions from users displayed

Show all reactions
"I love the high contrast of light and shadow and the balance between the model and still life. The choice of clothing with the dark lines accents the soft flesh colors and frames the visual direction to the smaller space."
"creepy cool :)"
"Expressive, moody, skillful..."
"MY SLIGHT INTERPRETATIONpic a; Warmly nurturing her expectation of a lovely and romantic home."
"Make sure you check out his website. There is a LOT more to see. Nice work!"
"Your work is really quite lovely. I would love to see it in person. As a photographer, I have often struggled with balancing my subject with an equally compelling landscape. Your paintings do it very very well. Cheers mate. Very well done."
"Zach - Your paintings are so beautiful. I love how you paint such realistic figures and settings with so much mystery. The lighting and the carefully chosen aspects of the figure and the scene are inspiring."
"Very powerful work. I like the painterly quality in a contempory setting."
"Awesome. Love the somber tones... very reflective almost nostalgic"
"Zach - I am blow away at your ability! Amazing!" 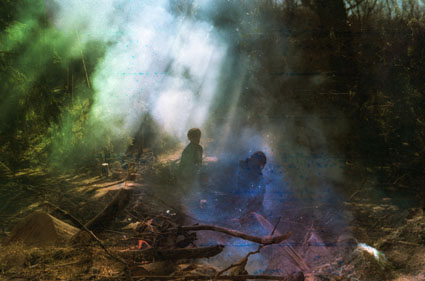 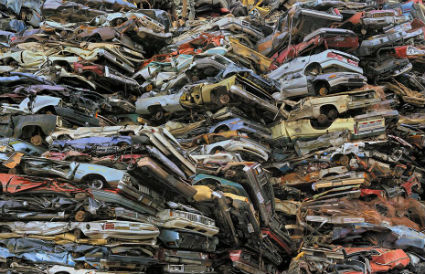