Save Angela to your Collection. Register Now!

Angela Strassheim is an American photographer living and working in Stamford, CT. She earned a BFA from the Minneapolis College of Art and Design and an MFA from Yale University.

Strassheim’s style has been described as “CSI meets Billy Graham”, and blends references to religion and art history with elements recalling her Midwestern upbringing.

Museums and institutions with examples of her work include the Art Institute of Chicago, the Aperture Foundation, the Israel Museum, the Minneapolis Center for Photography, Yale University, the Monterey Museum of Art, the Minnesota Museum of American Art, the Museum of Contemporary Art, Los Angeles, and the National Museum of Women in the Arts. Her work has also appeared in the Whitney Biennial.

Angela explains this series by saying, “I am a wife and a mother of two. I have also switched almost entirely to working with a digital camera using simpler lighting techniques so that I can be more mobile to capture images of my children as well as self-portraits. To me when I look at the many images in this series I am overwhelmed by a certain nostalgia within the complexity of life stages and universal pivotal moments within them. Some are brutal, some are sweet. I am interested in the points of transition that reference motherhood, childhood, girlhood, and the continuum of often confusing states between them and how they see each other. You do not see the religious overtones as my focus is on connections, no cell phones or computers, the moments of current consciousness.”

Prior to receiving her MFA from Yale in 2003, Strassheim worked as a certified forensic photographer

After moving to New York, she began to photograph autopsies 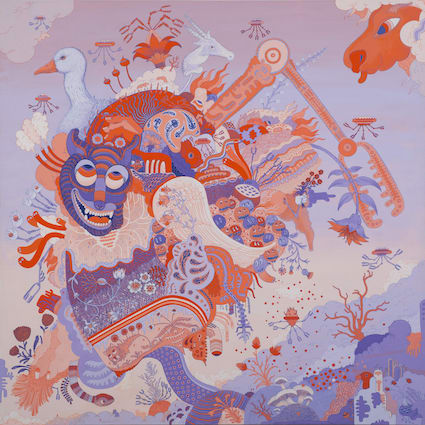 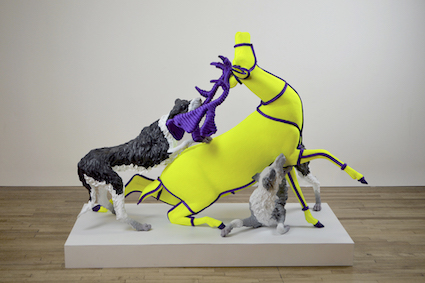