Save Alexis to your Collection. Register Now! 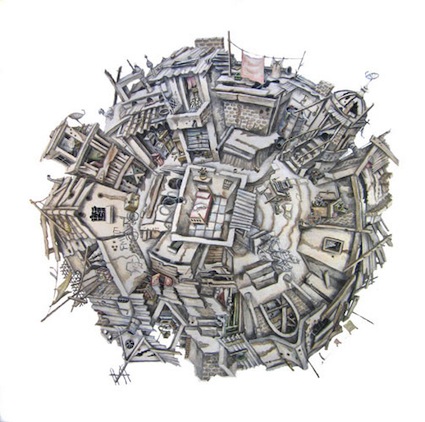 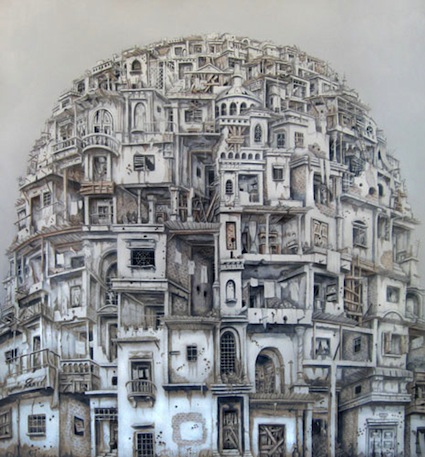 In denouncing the human and social drama that often plagues the over-populated capital cities in developing countries, Alexis Duque relies on just a few colors. Notwithstanding the use of acrylic paint, the artist makes the influence of illustration apparent, equally attending to all of the aspects of the painted surface without leaving anything to chance. He does not resort to the type of realistic painting style of some committed Latin American artists of the twentieth century. Rational and imaginary, often blended with a tinge of humor, Alexis’s work could well be called fantastical.

The Colombian artist introduces architectural features that are characteristic of the Western Civilization, from ancient Greece and Rome: columns, capitals, and niches. They are symbols of the bygone ruling culture and the aesthetic model of the European colonizers, now an integral part of daily life of the populations of Latin America.

Finally, a parallel could be drawn between Duque’s proposition and that of the French philosopher and art historian Georges Didi-Huberman (b.1953), who questions the portrayal of the people and their status as ‘extras” in Modern representation. Alexis Duque makes them ‘act” by their non-existence.

Show all reactions
"Jason - you might be over thinking it a wee bit - "imperialistic oppression" - really? You must be a lot of fun to be around..........."
"yea! I thought of MC Escher too,and Froud too for some reason--as if the little brownies just stepped out"
"I was thinking about Kendra's comment and no one really needs a point to paint. Don't you agree? If we had a point in everything we painted, drew ect. then we wouldn't have half our art. When people draw with out knowing where there going with their picture it turns out magnificent and random and of course different, with no point at all."
"this is great and whats the price"
"this painting looks real i think this is just a great peace of work"
"Very nice detailed work, I like it !"
"Esher lives in new places with the old."
"I saw this and immediately thought MC Escher."
"Pretty cool. These immediately made me think of the Walled City of Kowloon. And I LOVE the understated color scheme!"
"I Like but whats the point?" 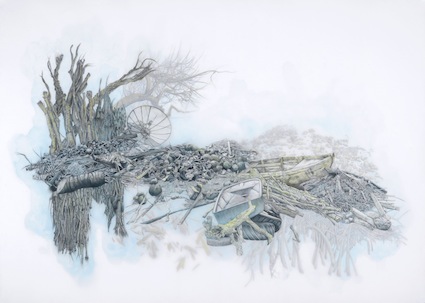 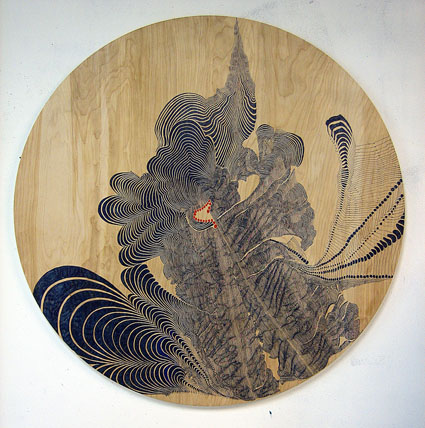