Save Carole to your Collection. Register Now! 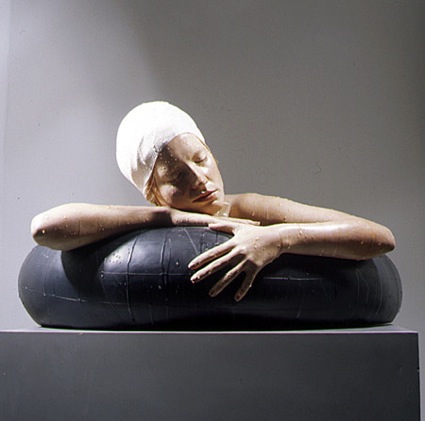 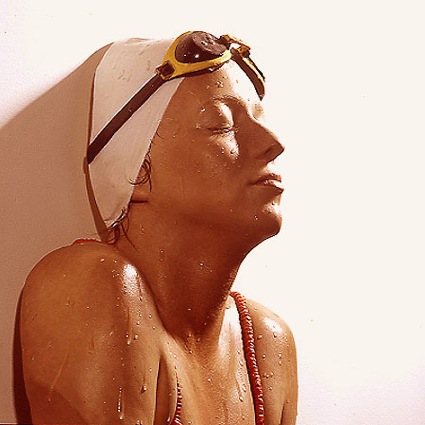 Feuerman had her first comprehensive retrospective, called “From Studio to Foundry: Three Decades of Sculpture,” at the Southern Alleghenies Museum of Art in 2000 (catalogue essays by critics John Yau and Donald Kuspit). In 2004, she exhibited in “An American Odyssey 1945-1980” with the most prominent American artists of the post-WWII era. The following year she taught two workshops at the Metropolitan Museum of Art specifically to inner city youths. In 2006, her “painting with fire” sculpture called “Zeus and Hera,” was installed in the permanent collection of the prestigious “Grounds for Sculpture” in Hamilton, New Jersey.

In 2007 Feuerman’s work saw three new exhibitions: a one person show entitled “By the Sea,” curated by John T. Spike, which opened at the Pavilion Paradiso in the 2007 Venice Biennale; another solo exhibition, “Lust & Desire,” at Art-St-Urban in Switzerland, curated by Gertrude Aeschlimann (catalogue essays by Stephen C. Foster and Peter Frank); and the third, “OPEN 10”, an international sculpture exhibition held in Venice, sponsored by Arte Communications, curated by Paolo de Grandis. In June 2008, the Moretti Galleria d’Arte in Florence featured “La Scultura Incontra la RealtÃ¡,” which marked the first solo exhibition for a contemporary artist in the renowned gallery’s history. The 30 piece collection was accompanied by a film presentation and full color catalogue resonee. Moretti Fine Art, London, will again show her work in the fall. Feuerman’s monumental sculpture, “Olympic Swimmer,” will be featured in the “Olympic Fine Arts exhibition” at the 2008 Beijing Summer Olympics. Following the close of the 2008 games, it will travel with the Olympic art exhibition until 2010 when it will be permanently installed in the Forbidden City in Beijing.

Show all reactions
"The first piece is "Innertube" not "Survival of Serena""
"this is amazing"
"wow! this woman is incredible!"
"this is AMAZIN!!!"
"this is AMAZIN!!!"
"cool. but yeah, like roger said, the eyes are all closed. is this because she simply justs casts people. i mean i dig segal's work and and all but doesn't that make one a molder more than a sculptor? peace."
"Despite any criticisms I would have made of Carole's art, I could never want it destroyed because of a flimsy carton, too thin plywood. My condolences go out to Carole on the loss of her sculpture, "Survival of Serena." the first sculpture above."
"i am sure that the fact that this sculpture was destroyed on the way to miami and the fact that she was featured today are not merely coincidence.that said, her stuff is realistic. and i find some of it a bit creepy, in the way that roger seems to find it a bit unsettling (i hope i am not misunderstanding you). i dunno. seems a bit...shallow, or maybe...flat.i guess it's that i see only one emotion portrayed and i am not really relatign to that emotion."
"That is great that is the most realistic sculptor I've ever seen. Amazing"
"That sculpture in the first pic was recently destroyed during shipping on its way to Miami. (click my name to see the news link). Seems like the crate it was in was just too flimsy. What really sucks is that the piece was valued at $350,000 but insurance will only pay for $9,100!" 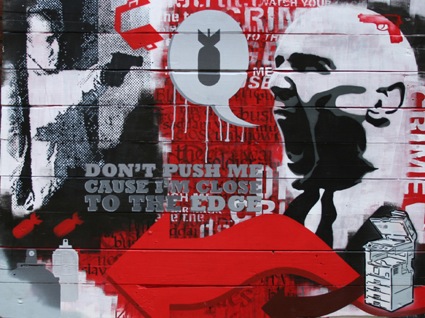 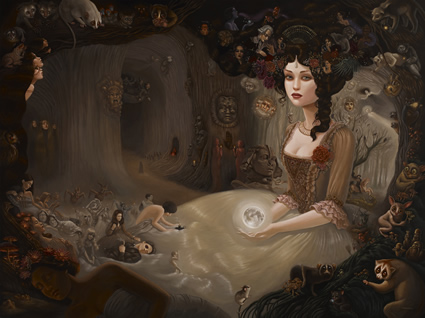