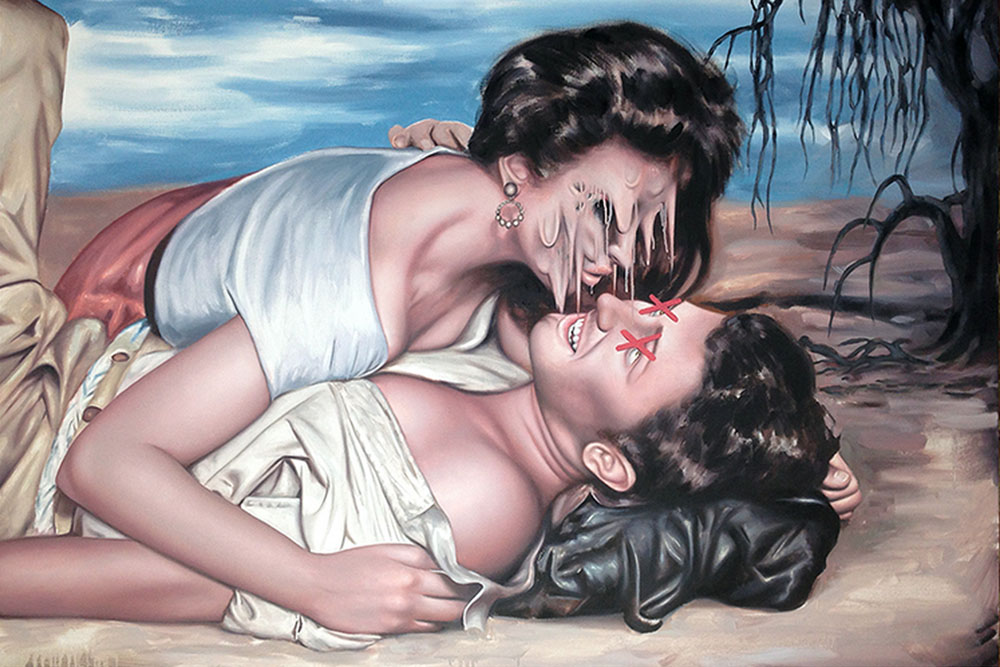 'The coming rapture'
Oil on canvas 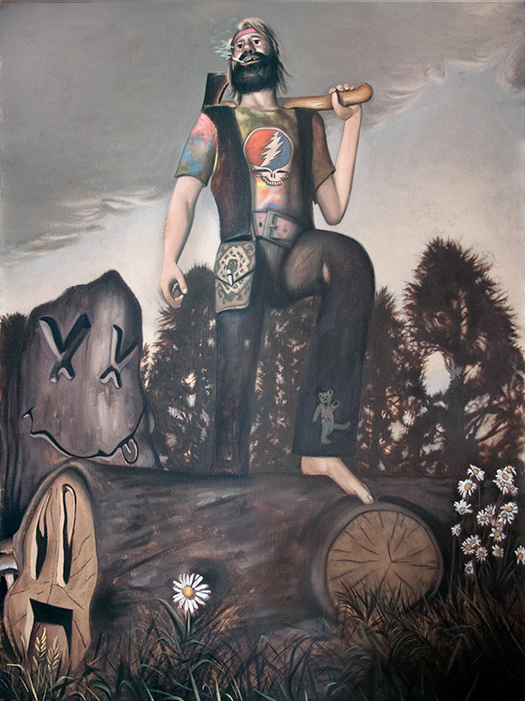 'The revolutionary'
Oil on linen

Born in Kirkland Lake, Ontario, Canada, Nathan James spent much of his life in the Toronto area and studied at the Ontario College of Art and Design before moving to London, UK where he currently lives and works.

Nathan’s current series of paintings, Punchlines, is based on the idea of subverting modern life’s most aspirational images and using them to take a grimly comic, darkly humorous look at contemporary life. Painting in oil (often making his own paints) onto canvas or linen, James takes images of Americana, advertising, pin-ups, Hollywood and traditional beauty and injects them with his own feelings towards the characters and the scenes they inhabit.

In Punchlines, the original intent of the source material is undercut by darker elements which at first seem superficially funny, but leave the viewer with a bleak, lingering aftertaste. Archetypal beauty has turned sour and perfection is replaced by a warped cartoon aesthetic. James’ work draws influence from both the failed industrial background of his childhood in Ontario and the fantastical world of cartoons and characters he grew up immersed in. 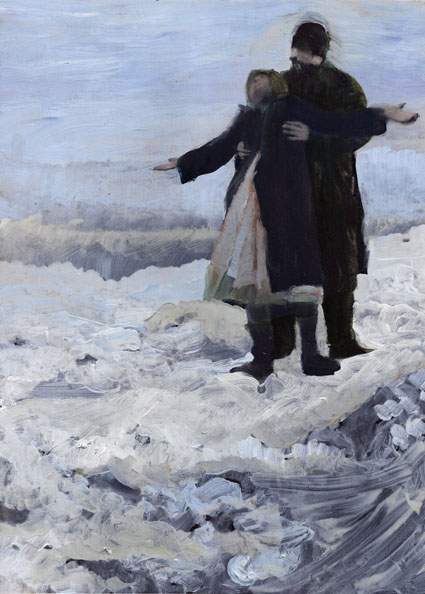 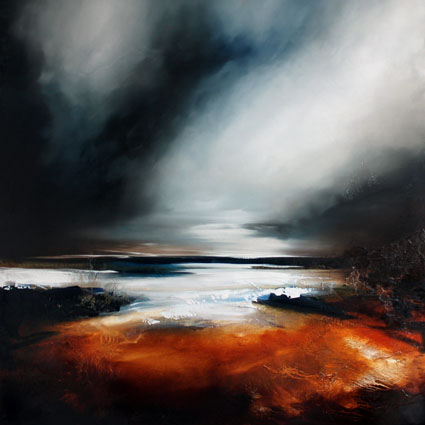