Save June to your Collection. Register Now! June Stratton grew up in and around the Bay Area in Northern California, attending the College of Fine Arts and Crafts in Oakland until 1979. Not satisfied with the painting skills she had been taught, Stratton worked on developing her own technique for the next several years. It was not until she moved to Seattle that she started her professional career in 1989. During this period June primarily worked on western landscapes and was encouraged and influenced by counsel from gallery owners she showed with, notably Kent Lovelace at Stone Press Editions in Seattle and John Pence at the John Pence Gallery in San Francisco. During this period her work was acquired by many major collections including Bank of America, US Department of State, The Mayo Clinic and Texaco Incorporated.

In 2001, Stratton’s career took a major turn with her move to Atlanta, Georgia. Taking a brief hiatus, including trips to France, she again focused on developing her painting technique and style. Transforming over the next several years, Stratton’s work evolved into the current form that is more figure oriented and cinematic in style. Successful solo and group shows in Savannah and Boston’s Lanoue Fine Art Gallery confirmed her avuiore . Some of her latest work can be seen in major movie productions, national and international collections including the acclaimed St Regis Hotel art collection.

June explains her work by saying, “My paintings are imagined blends of beauty and nature. These paintings are often intentionally idealized representations of emotional impressions from my dreams – entwined with elements of the earth, sky and water that surround my real world. I use symbols and my feminine viewpoint to tell a very loose, abstracted narrative. As in my dreams, my muses cannot see all things, are sometimes unable to speak and frequently appear to be floating.
I add silver to my paintings because the finished image reflects the ambient light that surrounds it. This makes the artwork change visually depending on the perspective of the viewer. This, I think, adds to the ethereal quality of my subjects’ stories.”

Show all reactions
"Well i think your artwork is very good, and dont mind the people who are being negative to your art. i love it, and its very realitic and beautiful!"
"You are an excellent painter. Really like your work. You present some rather obvious violent energy counterpoised with some very gentle sensual imagery. However, I have the feeling you are superficially beating around your sensibilities and have not figured out how to really get into it as yet. The violent pictures are comic book and the sensual ones are just so acceptably void. Work it out, 'cause I am convinced you have something very cool waiting to get itself pulled together and out onto your canvases."
"You handle paint very well and your content is interesting to a point. But it does not go far enough. Sort of beats around the superficial edges of reality without really getting into it... and to the point, it clearly looks like you want to get into it... I think you are at that point where real life and depiction are going to have to come together for your work... Hope so."
"i love these paintings, the light, the mood, the photo-realism. it depicts a kind of violence and anger that really speaks to my life. i would also like to see more."
"I truly loved the fact that your paintings are almost photograph-like. Very good, and I also would like to see more of your work"
"I drank some cool aid now they seem very nice"
"I think they lack in quality and originality they are neither interesting or moving . While not offensive they blend into make and image for the sake of creating."
"I agree, it has a noir quality to it... Out of both the Love sick, is my favorite.What i like about the hand holding the gun is, her nails are neatly polished and vibrant red. It makes the photo. I would like to see more of your work."
"The dramatic lighting makes the viewer focus on the objects rather than making you wonder what is beyond the canvas, suggesting significance of the objects and the significance of the message trying to be sent. I thought they were photographs at first - which says a lot!"
"Whats your point in painting a child with love sick painted on its back and a womans hand holding a gun? These depict violence" 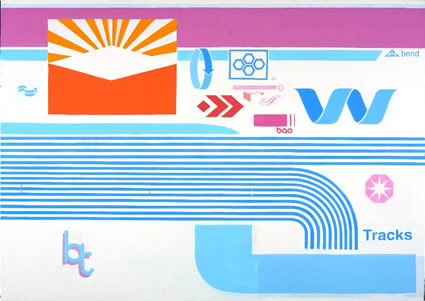 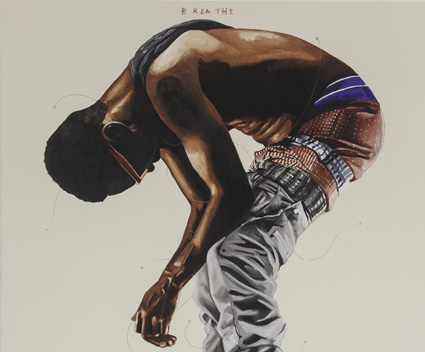