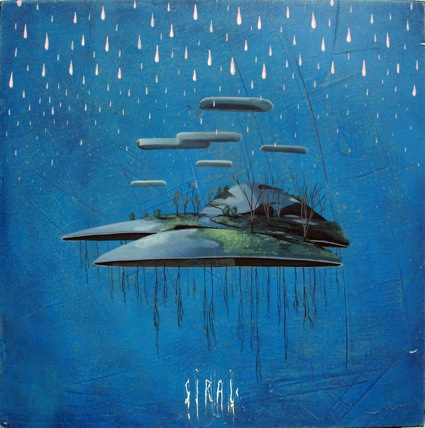 Argentina based artist Agustin Sirai takes a little piece of earth and creates mini isolated dream lands. Inviting, yet remote, the floating islands would be a treat to explore. His roller coaster-esque paintings are equally interesting. Often in terrifying configurations or with other ominous elements, the pieces touch the underlying fear in all…

"Reminds me of an animated film that I saw starring the British band named Gorillaz. That film also had images of "floating" or "flying" islands in it."

"I like Josh Keyes so much and hate to think of him being absorbed by the blob of cliche."