Save Cindy to your Collection. Register Now!

Cindy Wright was born in Herentals, Belgium. She completed a postgraduate degree at the Higher Institute for Fine Arts in Antwerp, where she now lives and works. Ten years earlier, in 1996, she received an MFA in Painting from the Royal Academy for Fine Arts.

Her large-scale canvases embrace a contradiction between photorealism and abstract features. At first glance they may appear to be snapshots, lit from a single source, but on closer inspection brush strokes are clearly visible.

‘They are conceptually rooted in an artistic tradition that forces the viewer to question the nature of how we read and understand the world,’ says Wright, whose intention is to transform objects from real life with ‘iconic meditations on mortality.’

Wright’s work has been exhibited in Belgium and the Netherlands. In 2005 she was one of six young Belgian artists distinguished by Palais des Beaux Arts.

Show all reactions
"Magritte eat your heart out! Cindy Wright's work: intelligent , metaphorical, contemplative, superbly executed."
"wooooooowwwwww I LOOOOVVVVEEEE the pics!!!! I like how mysterious the first one is and then how relieving the 2nd one is!!!! great work!!!"
"I truly love what your eye has captured for mine to enjoy! Thank you!"
"Loved the first picture! I'm a photographer also and have taken some similar :3"
"I think it is either a well with the reflection of a tree, or a dragon's eye!!! P.S. I LOVE art!!"
"AWESOME"
"Powerful -like one of Planet Earth's eyes looking at me, one of the microscopic creatures currently dirtying its fingernails."
"At first I thought the reflection in the tire was a photograph. My daughter is a photographer and has a better photo of a cat and a tree in a puddle. However, after reading about the artwork, I was very impressed. Upon closer examination you can see that it is a painting and it is really fantastic!"
"I took a picture exactly the same as the first one there.. very nice!!:)"
"Whoever wrote "about Cindy" is what's wrong w/the world today. How about back to simplicity. Cindy is damn good! Her compositional inner sense is spot on." 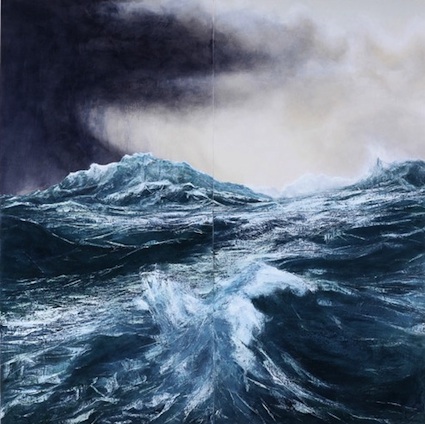 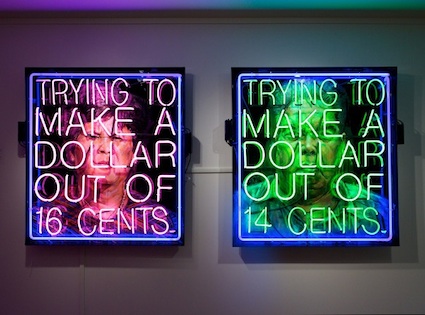