Save Grace to your Collection. Register Now! 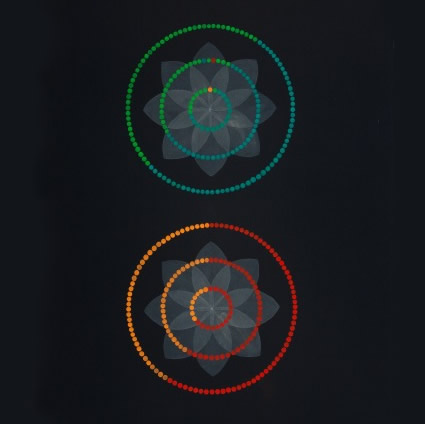 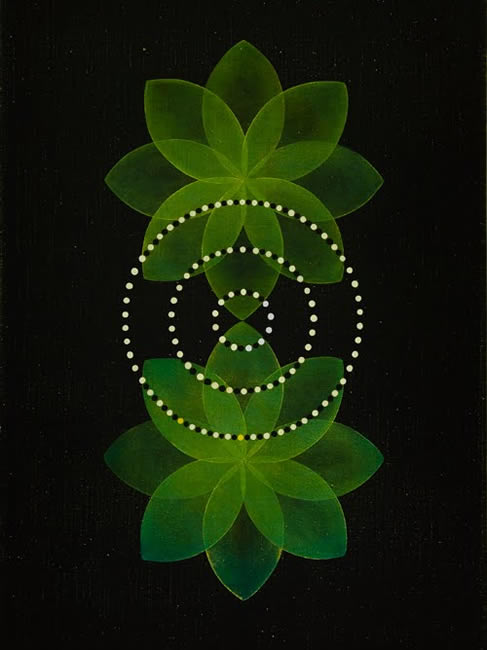 Grace Degennaro received an MFA from Columbia University in New York in 1986. She also studied at Skidmore College in Saratoga Springs and Sir John Cass School of Art in London.

Degennaro begins each series by cutting stencils of each form, and uses these to make watercolors and small oil paintings on linen. The resulting images are then transferred onto a grid of large canvases. The measurements of each paintings reflects the golden rectangle proportion, but through her intricate process, a subtle but humanizing asymmetry is introduced to an otherwise perfect symmetry.

Her paintings are most obviously influenced by the non-Western traditions of Byzantine mosaics and Indian tantra drawings, as well as the organic grids of 20th century minimalists. Each painting is based on archetypal forms with potential to communicate ideas that transcend language and culture.

The myriad of marks and colors are intended to support and reflect her themes of ritual, growth, duality, and the passage of time. Some recurring forms in her work include: diamonds, concentric circles, crosses, cubes, braids, vines, and the vesica piscis shape.

Show all reactions
"I love the "blueprint" painting. It's so rhythmic and geometrical, I can definitely see the influence of the fibonacci sequence. Very clever."
"stunning with that simple elegance that can hardly ever be captured"
"These would make really good back for tarot cards. Especially the first one."
"Very special. Do colours mean something? We, Armenians, use green and red in weddings with special meanings."
"Spirograph is the first I thought of, though that is not to say they are not lovely images and quite artistic . I dont' understand the artist's descriptive narrative."
"omg l.o.v.e them! so beautiful!!;)"
"I love these! They have depth on many levels...and simplicity. very cool."
"I think it's random and no point. It's okay..."
"It is as if I have glided to another dimension within slumber. Relaxation is key to this magnificent piece. very elusive... in a positive way. Well done.-Angelica H. 14"
"These are such cool paintings! The colors are gorgeous. The flowers may be somewhat boring, but you don't notice it because of the talent and work that is shown in the painting. Very beautiful!" 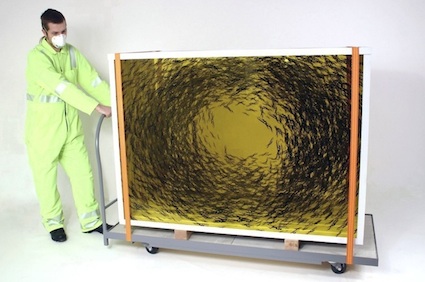 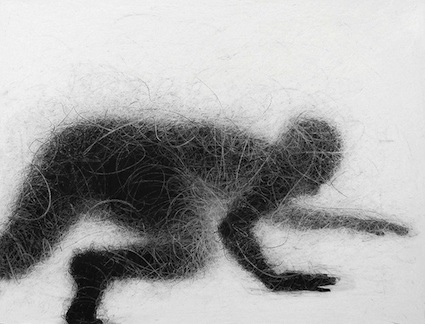