Save Shadi to your Collection. Register Now! Shadi Ghadirian was born in 1974 in Tehran, Iran. She received a BFA in photography from Azad University, and then began a professional career as a photographer.

Ghadirian is inspired by the duality and contradiction she witnesses in Iran. Her Qajar Series depicts women clothed in nineteenth-century garments, photographed against backdrops typical of studios of that period, but with the inclusion of a modern anomaly, such as a mountain bike, newspaper, or Pepsi Cola can. This juxtaposition symbolizes the difficulties women face in Iran today and, in particular, confusion about the era to which they belong.

Her work has been exhibited worldwide. Apart from her creative practice, Ghadirian is manager of the first Iranian specialized photography site and photo editor for the site Women in Iran.

Show all reactions
"Very niceGood luck"
"Like the comparison/contrast between Ancient Near Eastern culture with the subtle influences of modern Western culture. Another neat "anomaly" is the use of photography (a modern invention) to describe the subjects in early period clothing/props."
"it make me so happy that one Iranian person is in this site."
"it makes me think "Iraq poser!" lol"
"This is great stuff. I see the images everyday in iGoogle but today I created an account and logged in specifically so I could comment on these two pieces, esp. the Pepsi shot. Superlative."
"i loveeee it"
"I think that she is a lovely attractive woman who appears to be uncomfortably dressed while trying very hard not to appear so."
"Love these! These are awesome! lol! Great idea! So fun!"
"Dear ShadiI was written a comment with Persian font for you but here is the question mark instead word. I write my own comment again:Dear shadiprobably it's not true that i put a name on your work but I'm doingThis is interpretation of the "text" in the form of a name to your work:Fire under the ashesbe successful."
"Beautiful black and white photograph" 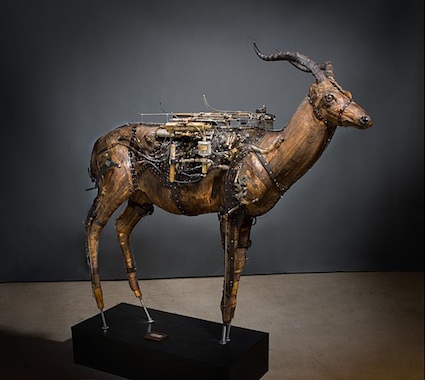