Save Charles to your Collection. Register Now! 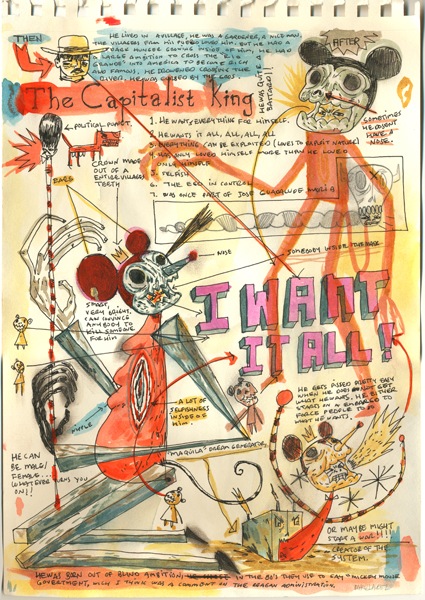 I was born in Tijuana and grew up in a small town 25 minutes away from the San Diego / Tijuana international border…Rosarito Beach!! My family lived a block away from the beach, I surfed, breakdanced, freestyled, bmxed and drew since I was a kid. My father is German American from Nebraska who became a karate champion in Mexico, my mother is from Sinaloa Los Mochis and she owned a Pharmacy. I went to school for graphic design at San Diego city college where I currently teach an illustration class. It would take an hour taxi ride to Tijuana from Rosarito, a bus ride from 3rd ave to the border and a 55 minute trolley to school, did that for 3 and a half years. I finished my education at CCAC in San Francisco and it was easier to move around thanks to the BART.

I have shown in a lot galleries in a lot of cities as well as different countries and continents, NY, San Francisco, Los Angeles, Paris, Madrid, Mexico City, Tijuana, San Diego, Seattle…just finished a huge mural/installation at Museo Carrillo Gil museum of contemporary art in Mexico City and will also show next May 2006 in The San Diego Museum of Contemporary Arty in all Tijuana artist group show called “A strange new world”

"they are good pieces .... and yes someone doesnt have to understand it but artist create beautiful things and thats what these two pieces are"
"just because no one understands you, doesn't mean you're an artist."
"That's very interesting....and not in a bad way....I love the second one...it reminds me of being in school and doodling but my doodles don't nearly compare to your awesome ones....!"
"And iconic!"
"Very archetypal!" 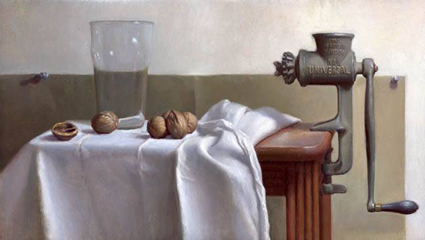