Save Erik to your Collection. Register Now! 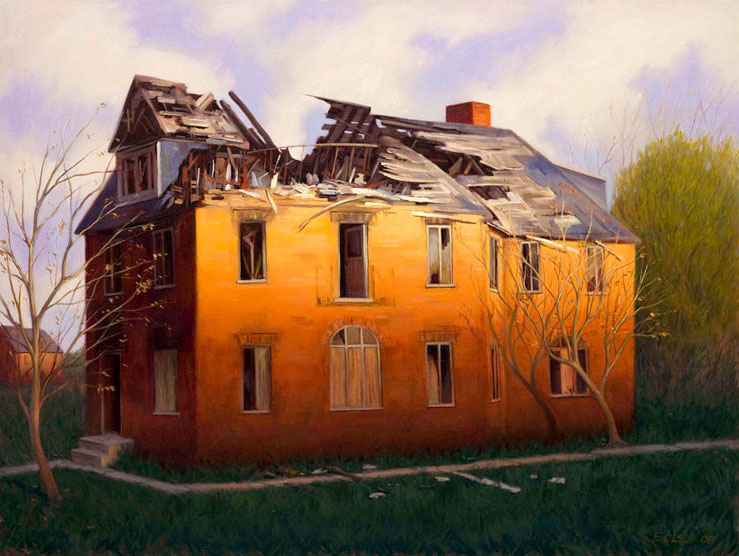 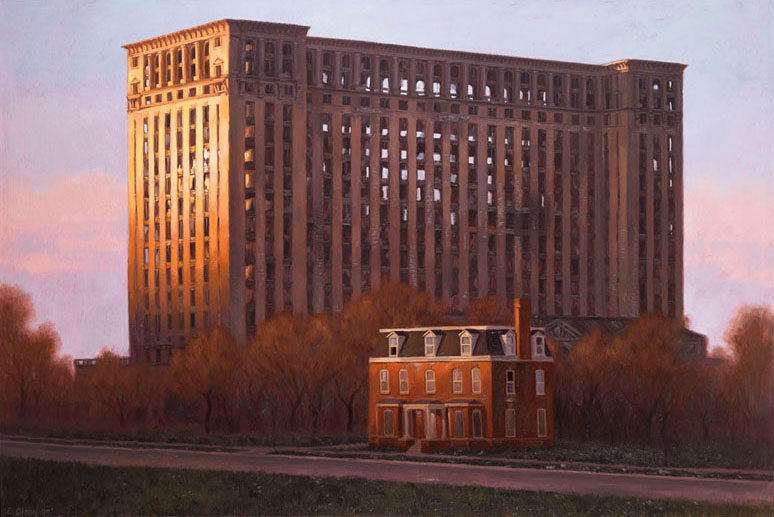 'Through The Station'
Oil on canvas

Erik Olson received his BA from Art Center College of Design in 1987, freelancing in Illustration until 2001. Erik received his MFA in Painting from Wayne State University in Michigan in 2010. He has exhibited his personal paintings in various group shows including the Williamson gallery in Pasadena CA and the Museum of Contemporary Art in Detroit MI. Erik is currently a full time associate professor at the College for Creative Studies in Detroit.

Erik’s current work is a series of paintings that he considers portraits of late 19th century, early and mid 20th century, and 21st century homes, dwellings, and structures, as well as their surroundings in various stages of decay.

Erik explains the work by saying, “I am treating these portraits in an idealized manner, simplifying and clarifying elements of these structures, their individual characteristics, their environments and lighting to remove the viewer from a specific time to witness these structures on their own terms. The larger idea of these transitions is about being in between particular states of time or being, such as night and day, functional and dysfunctional, dreams or reality, are questions that I would like the work to provoke.”

Show all reactions
"Hi Erik!You came to mind as I was tracking down some of my old freelancers just to see how everyone is doing. So glad to see you still creating such amazing work! I’m not on Facebook, but just wanted to say “hey”!"
"nice!"
"VERY NICE"
"Really nice photo - wonderful coloring!"
"very beautiful"
"Always love seeing the art from Detroit since I was born there."
"ohhh i like this one lonely house"
"Beautiful stuff Eric! Interesting dichotomy.Glad to see you are still working with a paint brush. Im trying to keep up with people on Facebook. I hope you might post work there too?"
"yo Eric, how you doing? what a pleasant surprise seeing you and your work featured as the artist of the day on Google. beautiful painting, it makes decaying houses look kind of romantic. which is very optimistic considering the state of our nation these days.i'm going to post the link on my facebook page so all our alumni buddies can see your work and the great exposure.best, Brian"
"Gorgeous color and brushstrokes as well as a timely metaphor. These paintings are amazing!" 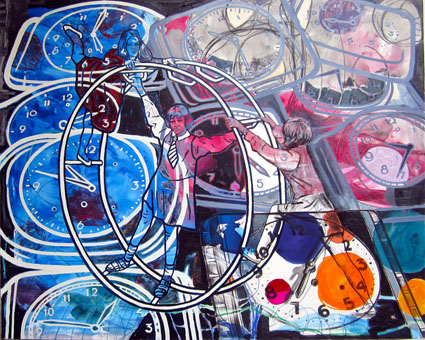 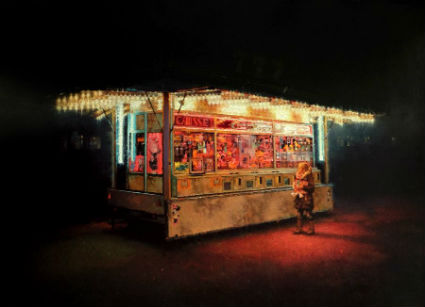