Save Tricia to your Collection. Register Now! 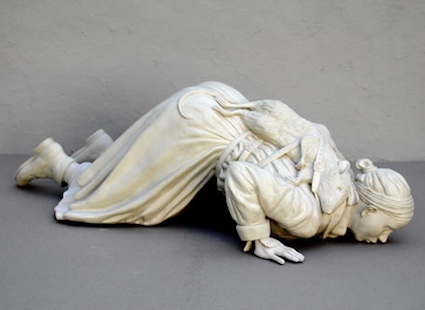 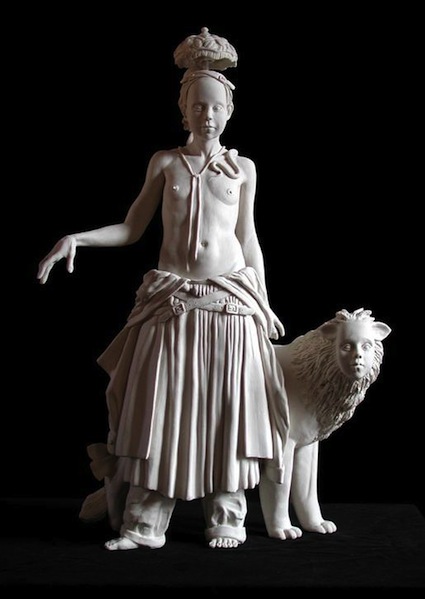 Tricia Cline is self-taught. She has been a professional sculpture since 1984. Her most recent series, Exiles in Lower Utopia, is an ode to animal instinct.

Cline described animals as being intrinsically complete and self-contained in their physical form. When a wolf runs at full speed, for example, a distinct scent or sound may all of a sudden alter its direction. ‘Its legs, nose, and ears are its function, or bliss.’

Equally, when an animal recognizes another animal it reads with an instinctual eye the character in the form. Through this clever analogy, Cline likens the language of animals is the language of images.

Her Exiles series aims to reveal our own perceptive abilities. It is an appeal to venture beyond our limited concepts of identity to a vaster awareness. ‘Exiles have succeeded by virtue of being,’ says Cline.

Show all reactions
"Unearthly beautiful, magical, powerful. I've been gazing at these for a year. Thanks, Tricia."
"These works were created by an artist who is, clearly, highly talented. I believe that artwork is, first and foremost, a powerful medium for communicating one's feelings about something. Obviously (but secondary to that), it often evokes feelings in the viewer, as well. What I find so fascinating in reading other people's comments about the artwork presented on this site is just how much of their own "baggage" they are bringing to the observation process. Although artist's statements serve a purpose, I sometimes wish there were none."
"Real beauty in your artistic technique. However, your subject matter is truly creepy."
"MY REVIEWpic a; despite the glory and srength of her person, she is srongly influenced beyound her own consciousness,to live in the form/order/kind of her pet.pic b; his rule and royalty is safe on the strenght of his animal instinct."
"veri nice"
"It must be amazing to actually be able to make something so beautiful."
"I don't know if it's permissible to comment more than once, but forgive me Iam so taken with this amazing sculpture. I spent the day e-mailing my friends to turn them on to the wonders of Ms. Cline. I poured over her website, and was blown away to say the least. A few of my more wealthy friends will be contacting Ms. Cline, and lucky me will be finding new excuses to hang out at their places. I can't wait to experience this amazing art in person! Everyone, please look at her website."
"Being an Artist ,very wise, today she has educated thousands. What of Adam ? what of cain and abel? Wassn't Piccaso into that sort of thing?And then we had Salvatore Dali whith the chromosome meltdown Today I've read from intelligent editors, although in one case,for example, Sample should have also been included .now tonight,I will have thought,among this,mention that..."
"She does beautiful sculpture work, but this doesn't do anything for me. I love animals, but I can't see having a rat on her back?????"
"P.S. I just noticed the snake slithering over and down the young girl's shoulder. Man, that cinches it for me. (See my first comment above.)" 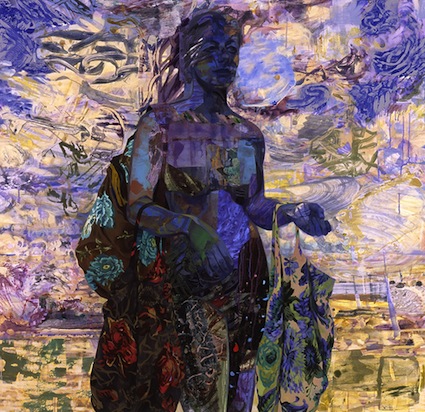 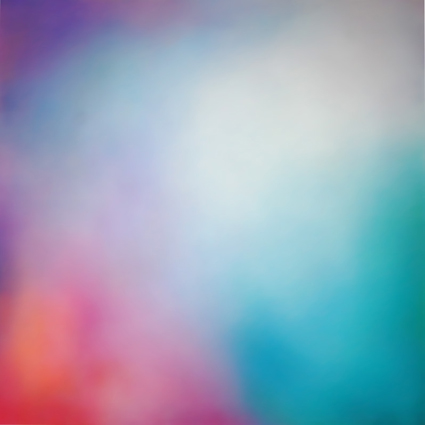