Save Mars-1 to your Collection. Register Now!

MARS-1 is a left-handed artist who spends most of his time in the right side of his brain, communicating through a visual language. His unique imagery explores possibilities of otherworldly existence through highly developed, multi-layered landscapes. Often employing a fuzzy-logic aesthetic, Mars-1’s artwork has a sentient appearance, like a tulpa—which in mysticism, is the concept of a materialized thought that manifests into physical form. His unique style has been described as urban-Gothic, sci-fi abstracted, quasi-organic form.

Early inspirations include: graffiti, animation, comic book characters, ufology, extraterrestrials, unexplored life, mysteries of the universe, alternate realities and the abstract quality of existence. At the age of 13, Mars-1 began writing graffiti in his hometown of Fresno. He later attended Academy of Art in San Francisco, where he currently lives and works, remaining heavily active in the city’s contemporary art scene.

"We've known Mars since we first had the idea to open a gallery. We had known of his work for years, basically from his graffiti years, and we had watched him evolve into a gallery artist. His style is so original, and truthfully we don't think anyone can even try to do what he's doing. He's worked in so many mediums and we have genuinely never seen a Mars-1 piece we don't like. He's a true talent and an artist that would be a wise investment for anyone looking to add solid pieces to their collection."

The bottom one was great
kind of a counter to a
statue of similar origin out
side the vatican.Steel walls
can evolve into higher forms
of life.

I do not like this at all. It seems like rainbow world on crack. There is creativeness here, but absolutally no point. We're not in fairyland here.

Colorful, cosmic work--reminds me of Alex Grey and Scott Draves/Electric Sheep's fractals work. One needs to look at the pieces more than once to catch all that is going on in these works. Nice work.

Your peices are mindbending and trippy... if sid helps you a lot with the visuals, keep him around. you are a true artist, a looking glass of creativity.

wow what a neat coloration of this world... like our planet in this painting it is full of life:) Intriguing....

Amazing! Can just sit and stare and feel relaxed! LOVE IT!

Very interesting it looks like the inside of a head!

A "vision" of art that isn't completely orthodox. Very nice 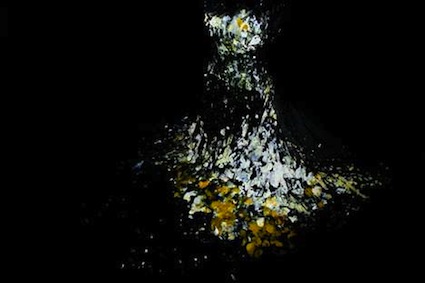 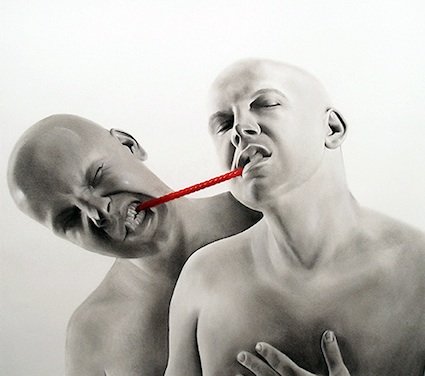