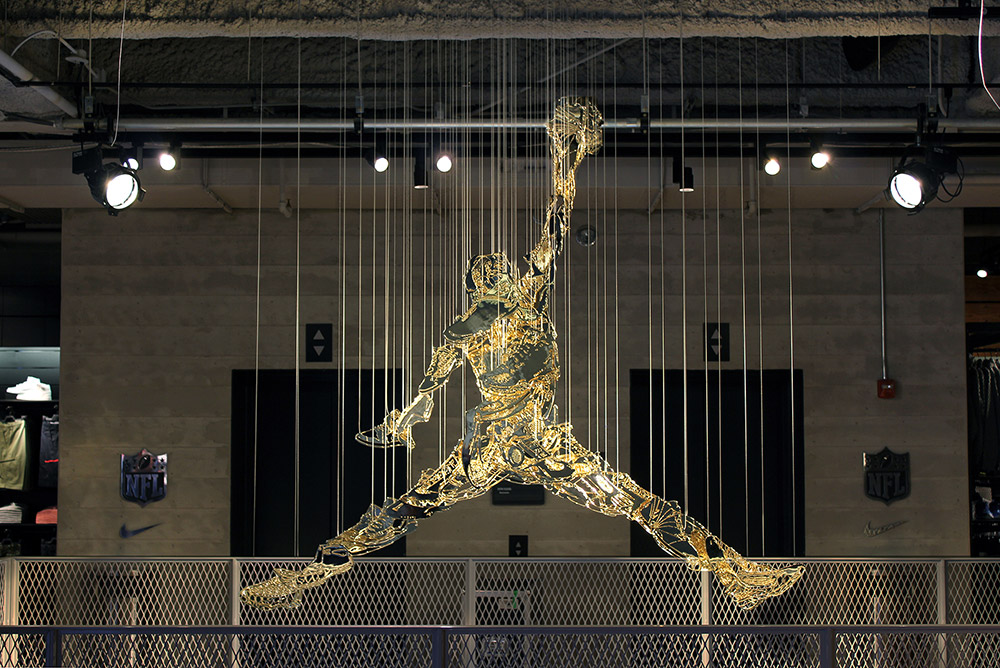 Michael Murphy’s methodological approach to creating multi-dimensional, sculptural pieces aims to connect the viewer’s experience with layers of delicate meaning. A Conceptualist approach lays the foundation for logistical prowess, pushing for the impeccable execution of complex ideas and materials. His work, like his process, provides a mode of problem solving, for the artist and participant alike. Murphy constantly seeks for new materials to investigate and manipulate, juxtaposing objective with form, subject with structure, and audience with tangibility.

His large-scale works seek to dominate the viewer’s physical and mental space, captivating the critical thought process as one circles around the various entities that form a cohesive whole. Pieces initially experienced on a visually flat plane resonate with meaning upon closer inspection, opening up cerebral capacities to perpetual reconsideration. The mesmerizing effect of the varied angles and ingredients of his sculptures provoke thought, using aesthetic titillation as their gateway. As structured as his pieces are, both corporeally and in their implementations, they act as vehicles for reinvention, hoping to impart the hope of possibilities.

Michael Murphy was born in Youngstown, Ohio and lives and works in Brooklyn, NY. He attended Kent State University for a BFA in Sculpture, and graduated from the Art Institute of Chicago with an MFA in Art and Technology.

His work has been shown in The Sculpture Space at KSU, the Museum of Arts and Sciences in Georgia, Museum of GCSU, the West Michigan Center for Art and Technology, and the Association of Visual Arts Gallery. Most recently, his piece, Team Extreme Jesus, was included in the group exhibition “In God We Trust” at the Zacheta National Gallery of Art in Warsaw. His work is held in private and public collections internationally, including New York, Los Angeles, Washington D.C., Chicago, Paris, Berlin, Switzerland, and France.

"Michael's work can take any form- often focusing on one sense at a time. His installations tap into primal, kid-like reactions. Michael is incredibly generous with his ideas, teachings, and energy, and it shows in his art."

1 reaction from the artist

10 of 24 reactions from users displayed

I like the meaning of this artwork. I like that it is about the second amendment and protecting our rights.

This is pretty great. I love it.

@tazmatic618 and this is dope michael!! Love the MJ piece you did ! 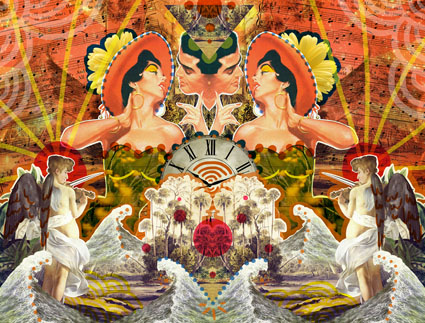 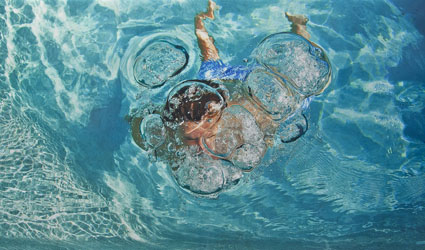