Save Nick to your Collection. Register Now!

Nick Larsen was born in Reno, Nevada and earned a BFA from the University of Nevada, Reno and is pursuing an MFA from The Ohio State University.

Nick explains his work by saying, “Working with textiles led my work naturally to the queer space between sculpture and image, material form and printed surface. This no man’s land continues to be rich territory to mine; it feels related to living in the desert and to the hybrid image-objects I first became aware of while working in the archaeology field there. When resources are limited, an object that attends to multiple needs makes a kind of sense (for example, a lean-to shade structure that’s also a timeline or a poncho that’s also a map and a ghost of past mistakes). Some of this has to do with language, as in, When is that circle of canvas a badge, a patch, or both? This question and others driving the work at the moment are grounded in a handful of ongoing preoccupations: punk merch, the aesthetics of the American West, naming conventions, hanky code and other material signals, vestiges and artifacts, anti-milestones, parallel histories, mapping as a natural response to feeling lost, and the meaningful human activity that transforms a place into a site.” 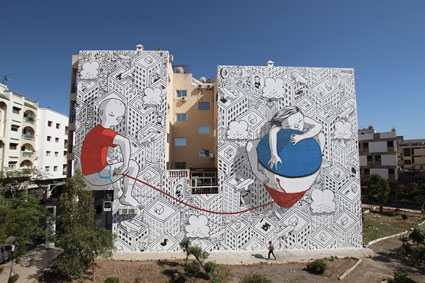 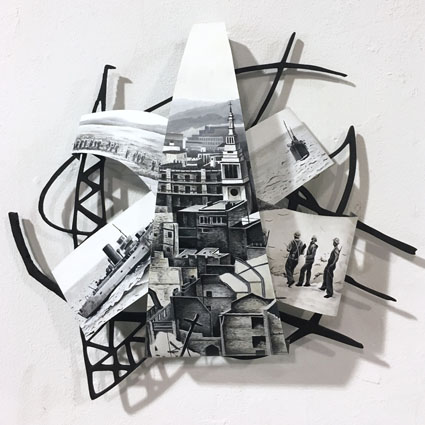