Save George to your Collection. Register Now! 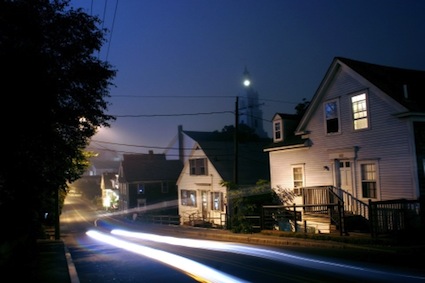 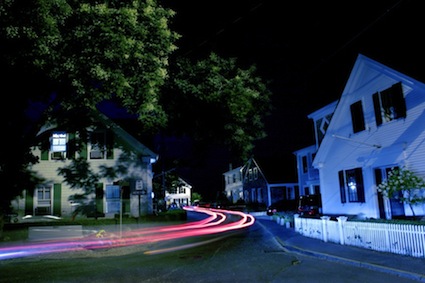 When I first visited Provincetown several years ago, I felt immediately that it was an exceptional place; a complex integration of social, political, and artistic communities set in one of the oldest, and most beautiful European settlements in North America. I became fascinated by it’s strong connection to the past, it’s enduring and historic architecture, and the energy of it’s contemporary society.

Although I’ve been traveling to Provincetown since the 90’s, I first began photographing the town at night in 2003. Provincetown became a visual magnet, and I came to know it’s streets and homes as identified by the darkness. I would sometimes feel surreally transported as I walked through the town late at night, searching for quiet signs of life; houses with lit windows or open doors, ghostly figures, streaks of headlights, and other mysteries that emerge after dark. History seems omnipresent in this town, and in the clash between new and old, the ghosts of the past persist – especially at night.

"Very beautiful work. Wonderful usage of lighting."
"nice work im an artist too but i just stencil draw"
"great photos ... love the colours"
"Interesting photos."
"You see pictures like this in city environments, but in this setting, it's rare to have a car pass you, especially at night. Great concept here. I've always wondered how I could take an interesting picture of the suburbs. It appears Mr. Hirose beat me to the punch."
"I grew up on the Cape, and immediately recognized that these photos were taken in Provincetown! They are beautiful, and evoke the otherworldliness that P-town often takes on."
"You built a time machine...out of a DeLorean???"
"wonderful still motion...."
"I love these photographs. Especially the second one.They make me happy :DYour a very talented photographer, keep up the great work!"
"Beautiful works!" 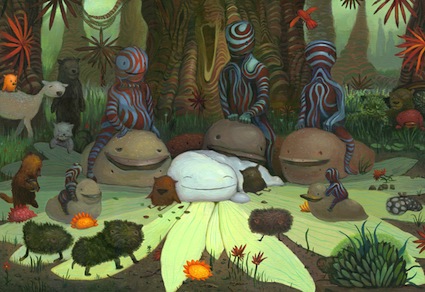 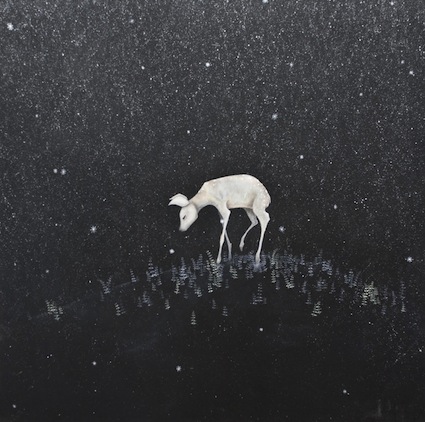