Save Adrian to your Collection. Register Now! 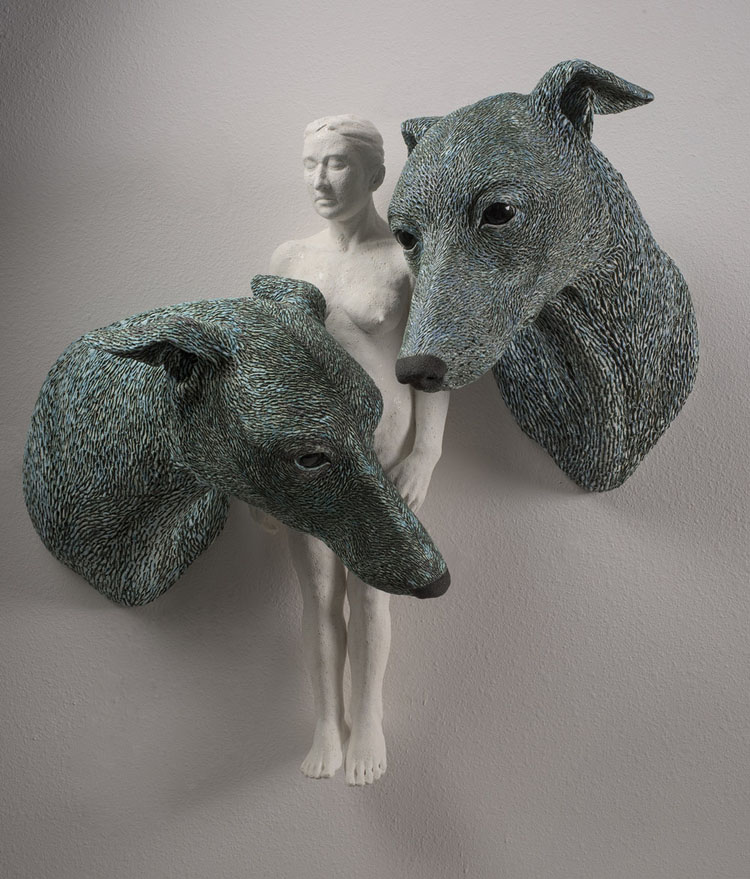 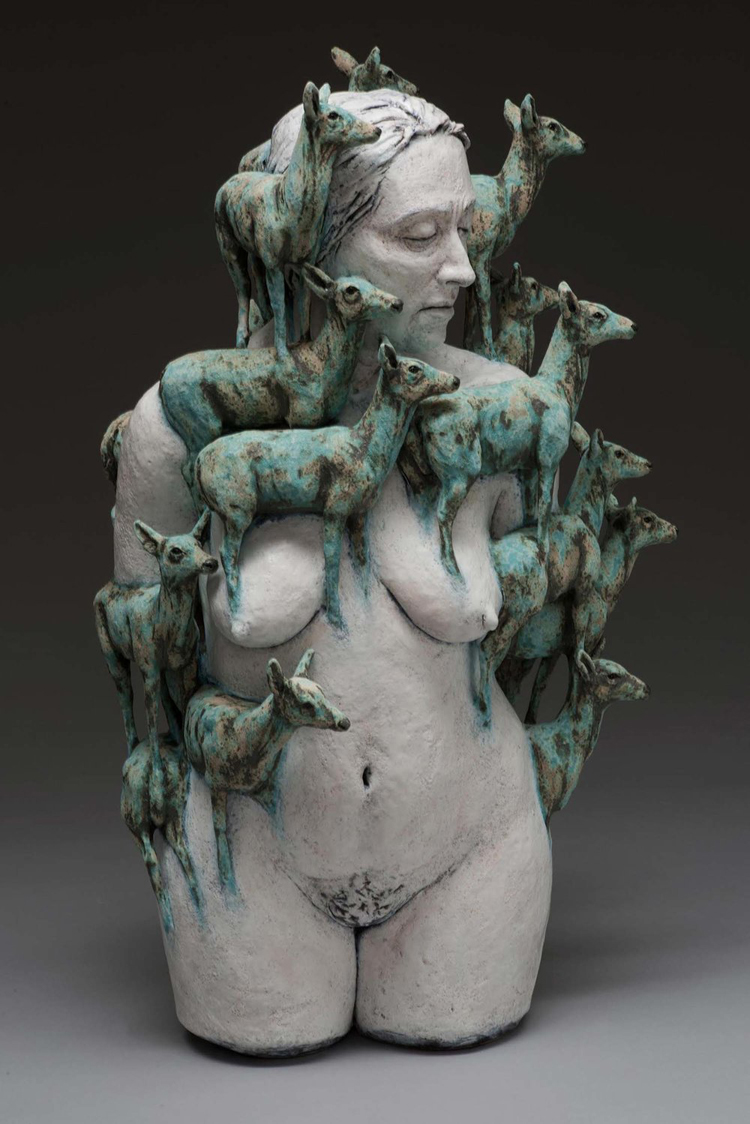 Adrian Arleo is a ceramic sculptor living outside Missoula, Montana. She studied Art and Anthropology at Pitzer College (B.A. 1983) and received her M.F.A. in ceramics from Rhode Island School of Design in 1986. Arleo was an Artist in Residence at Oregon College of Art and Craft in 1986-87, and at Sitka Center For Art and Ecology in 1987-88.

Adrian explains the work by saying, “For over thirty years, my sculpture has combined human, animal and natural imagery to create a kind of emotional and poetic power. Often there’s a suggestion of a vital interconnection between the human and non-human realms; the imagery arises from associations, concerns and obsessions that are at once intimate and universal. The work frequently references mythology and archetypes in addressing our vulnerability amid changing personal, environmental and political realities. By focussing on older, more mysterious ways of seeing the world, edges of consciousness and deeper levels of awareness suggest themselves.”