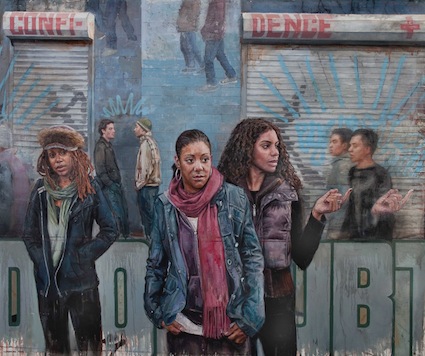 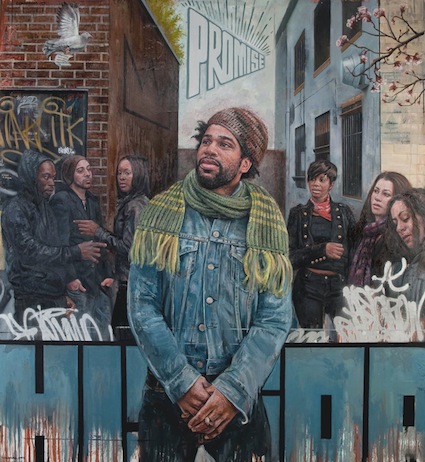 Born in Edmonton, Canada, painter Tim Okamura earned a B.F.A. with Distinction at the Alberta College of Art and Design in Calgary, Canada before moving to New York City to attend the School of Visual Arts in 1991. After graduating with an M.F.A. in Illustration as Visual Journalism, Okamura moved to Brooklyn, New York, where he still resides.

Okamura has had several solo exhibitions in New York City and throughout Canada, and has had his work chosen for inclusion in several prominent group exhibitions, including ‘After Matisse/Picasso” at the Museum of Modern Art-affiliated P.S.1 in Queens, N.Y., as well as being selected seven times to appear in the BP Portrait Awards Exhibition at London’s National Portrait Gallery.
In 2006, Okamura was short-listed as a candidate to paint Queen Elizabeth by the Royal Surveyor of the Queen’s Pictures.

Okamura – a recipient of the 2004 Fellowship in Painting from the New York Foundation for the Arts ‘ has also had his paintings featured in several films including ‘Pieces of April” (InDiGent), ‘School of Rock” (Paramount), ‘Jersey Girl” (Miramax), and most prominently in ‘Prime” (Universal), a romantic comedy about a young New York painter starring Uma Thurman and Meryl Streep. Okamura’s work is also notable in Ethan Hawke’s ‘The Hottest State”.

Tim Okamura’s art is on display in the permanent collections of The Alberta Foundation for the Arts, the Toronto Congress Center, the Hotel Arts in Calgary, Canada, and Standard Chartered Bank in London, England; and in the private collections of Uma Thurman, Ahmir ‘Questlove” Thompson (The Roots), director Ben Younger, and actors Bryan Greenberg, Vanessa Marcil, Annabella Sciorra, and Ethan Hawke.

Show all reactions
"HiDoes anyone know if his work is available to buy on prints? I am from the UK"
"I would like to view Tim Okamura's work when I am in NYC the first week in May- which studio would I find it displayed at?"
"This artist paints from within her soul,I can feel exactly what she is saying. I love her work it's awesome."
"looks as if a camera framed these paintings in its lense. i believe you stored/store all these great images inside the database of your brain permanently! never to be seen until you capture the masterpiece upon canvas. i love the realism!"
"the pictures are very pretty"
"confidence and doubt. Promise and History. A moment of introspection at the threshold between one and the other."
"masterful and moving."
"i just want to sat AMAZING ARTIST"
"Great work absolutely astonishing and so real to life , he's excellent.......!!!!"
"Very engaging work. Masterfully executed." 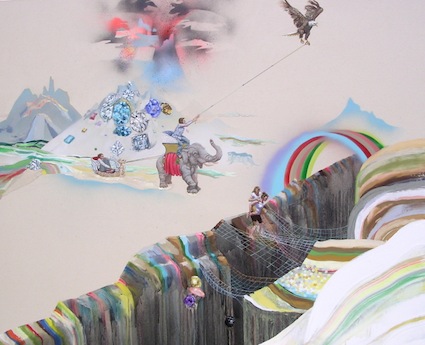 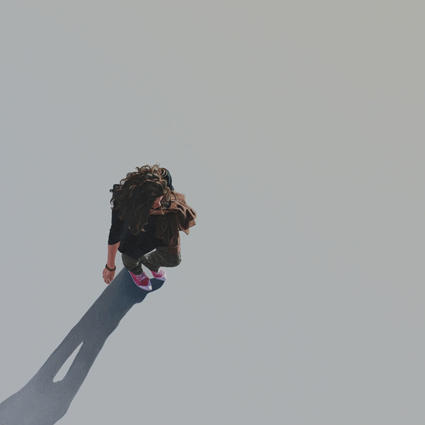