Save Dennis to your Collection. Register Now! 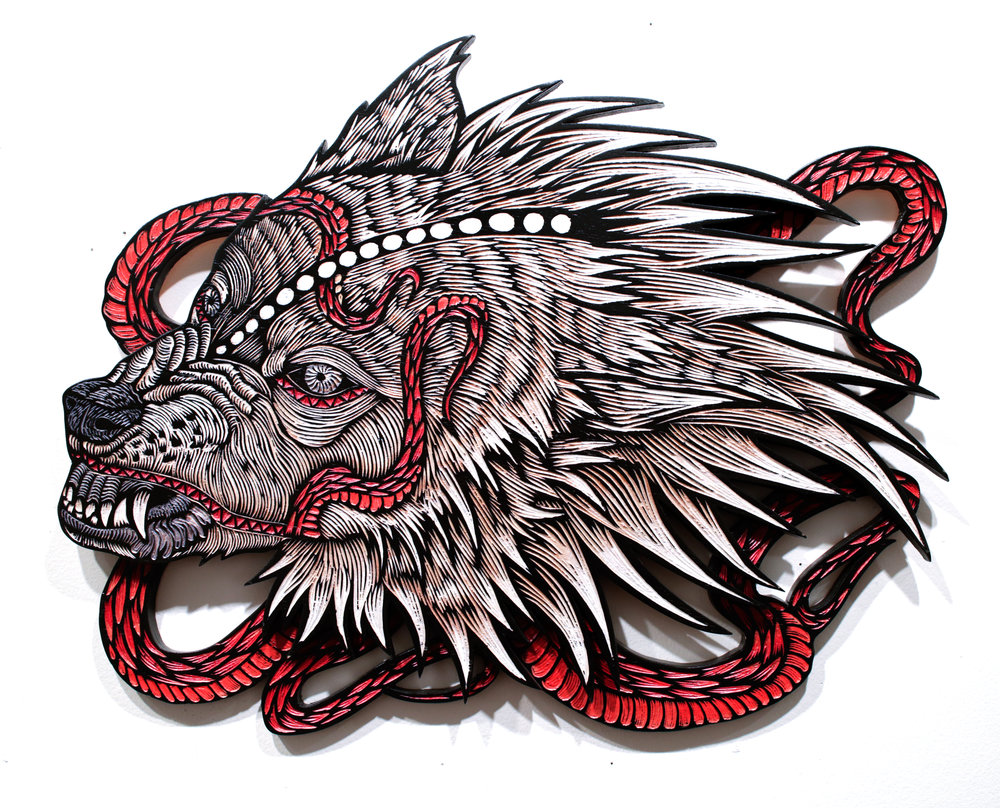 'Fenris And Midgard'
Woodcarving and acrylic 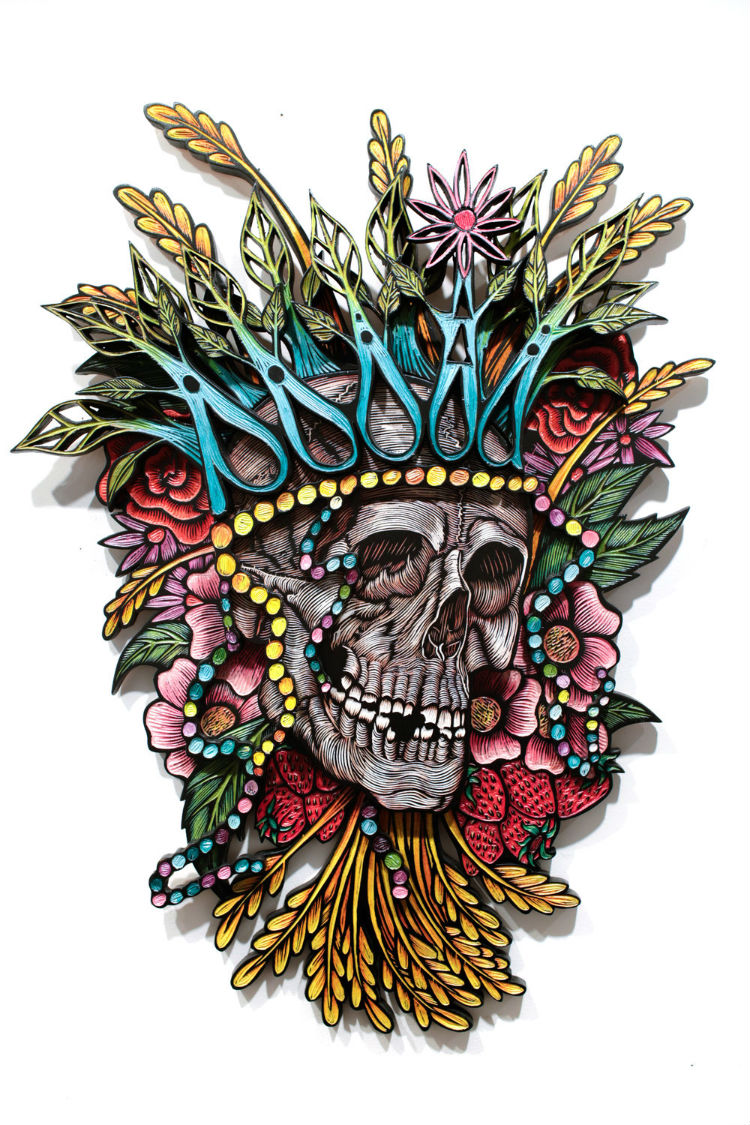 Philadelphia-based visual artist, Dennis McNett, is a storyteller at heart, whose inventive and imaginative personal mythology about the world directly translates into the lively works he creates. Drawing from varied sources, including traditional folklore as well as popular culture stories, he continues to innovate while still honoring age-old traditions.

McNett has over twenty years of experience specializing in woodcarving and wood block/relief printmaking. Using a V-notch chisel he creates rich surfaces and deep contours which have a living quality about them. While wood engraving itself has its roots in 2D applications, McNett transcends those limitations by using carved markings as the basis for relief prints which become collage materials. They are then used to bring to life grandiose, three-dimensional installations at museums, art centers, galleries, city streets and other diverse environments. Despite the scale, McNett always starts with patterns and lines and slowly builds upon them adding depth and complexity to his narratives.

Having shown internationally at spaces like The Victoria and Albert Museum in London and notable domestic spaces like the Jonathan LeVine Gallery and Joshua Liner Gallery in New York City, McNett has also contributed as a visiting artist/lecturer at Universities throughout the country in addition to receiving numerous residencies. 'Pissed Off Snake I' 'Spirit of the East' 'Spirit of the East'

'Pissed Off Snake I' 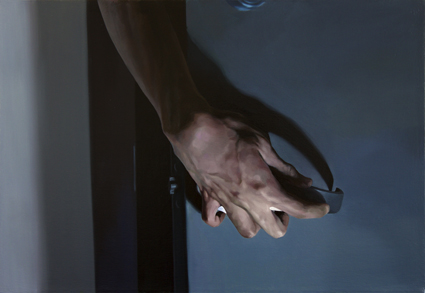 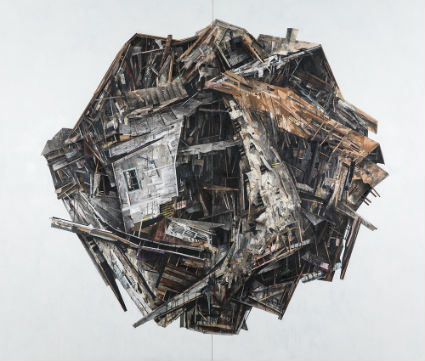