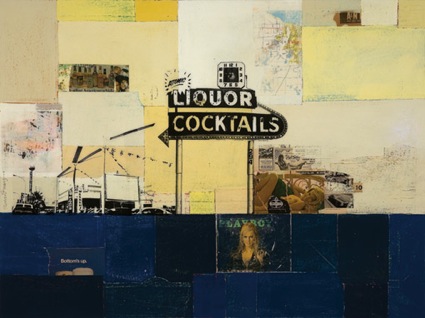 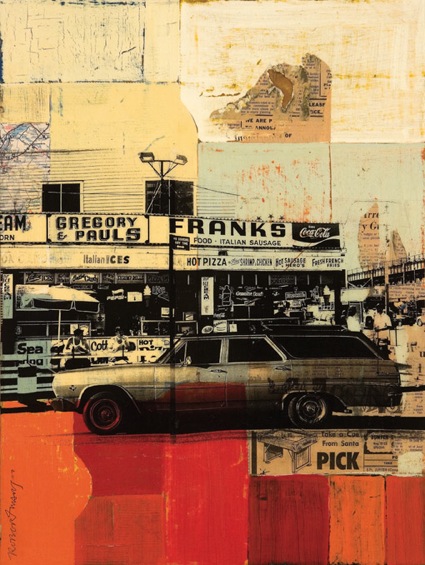 Robert Mars’ work is an evolving chronicle of Americana. He is determined to capture the independent aesthetic of the not-so-distant past that has been replaced by homogenized corporate culture and standardized cityscapes. Industrial design, found objects, graphic design, architecture, color, collage, and vintage neon all render important roles in his work.

Mars’ paintings employ layers of color, subtly collaged printed matter from the 1950’s and 1960’s, and stark, black imagery. Remote, indistinct landscapes capture the poetic strips of nearly lost American highway that are unique, but fading under the modern mass-advertising onslaught. Formerly the promise of hope and prosperity; the rusted icons in Mars’ work are now a sign of desperation and ruin.

Mars’ work has been referenced with the likes of Andy Warhol, Robert Rauschenberg, Richard Diebenkorn and Stephen Shore. His eye for a distinct facet of American history is impeccable and precise, with hints of whimsy and an ability to manipulate the wordplay of vintage printed material.

Show all reactions
"One of my favorite artists"
"It's really nice to come across such fabulous pieces of art! I love the renderings."
"Robert works sometimes remind me the great work of the godfather of collage that was Kurt Schwitters (1887-1948), i agree with justin when talks about the horizontal delineation on the composition, but this is Robert "style" and i real like his works, very well done.www.coelhodyas.blogspot.com!namaste!"
"It's so funny how the people that write negative BS are nameless and faceless. I am sure their art is so wonderful! haha...His art seems honest and accurate to the era."
"ART IS WONDERFUL, I ENJOY IT AND I LIKIE ALOT"
"i love this stuff it looks like it should be in my house. reminds me of my child hood in a good way"
"i like the idea, but i i don't like the work all that much. i don't see why trying to remember these parts of our recent past will give us any happy nostalgia"
"I wouldn't like to visit those places, they look creepy and old. Oh and I don't like the colors."
"Very interesting Americana art."
"love it!" 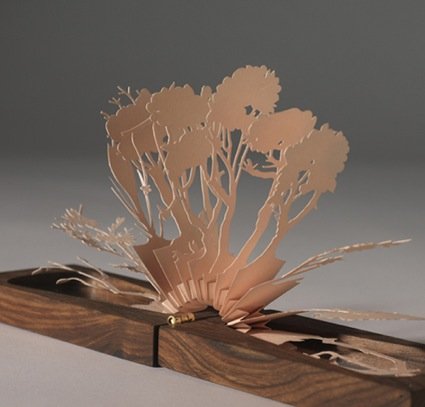