Save James to your Collection. Register Now! 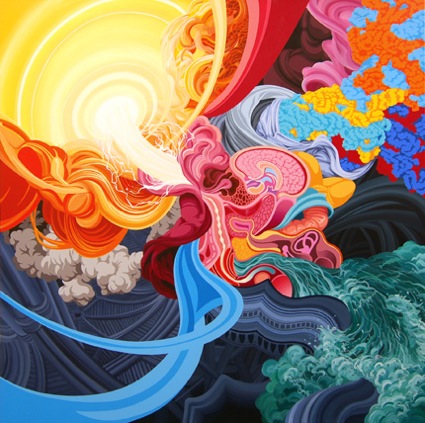 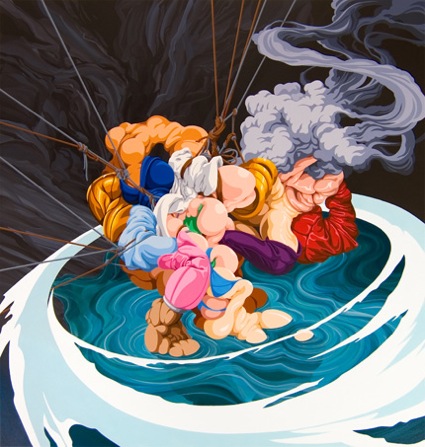 The construction of each painting fuses disparate images from a variety of sources such as fashion magazines, animation stills, comics, the Internet as well as my own photo’s and drawings. I predominantly choose images and try to create forms which I feel register a visual ‘peak shift’, a term given to the phenomena of ‘neurological attraction’ that appears in both humans and animals to an extreme characterization of an object. Peak shift has been suggested by the neuroscientist V.S. Ramachandran as one of the ’10 universal laws of art’.

This peak shift is present within advertising, Hollywood blockbusters and Haute couture fashion as well as in the extreme forms of body exaggeration found in bodybuilding and pornography. Japanese animation, which also uses this technique, has for some time informed my painting style and is where I appropriated images exclusively for my ‘Hypermass’ series. By isolating out what I see as the crucial parts of such images and collaging them together into the work my intention is to intensify these visual triggers even further so they form a sort of neurological hyperactivity.

Another hyper-stylistic visual form which has informed my painting is that of Catholic iconography from the Baroque period, specifically in the sculptural work of Bernini. Bernini used the technique of exaggeration in the folds in robes, body structure and cloud formations to express an abstract form of ‘spiritual energy’. But in contrast to their subjects stoic origins the aesthetic of Bernini’s work manifests as lustful and extremely materialistic, and within the theatrical architecture of the cathedral or church (the expressive Baroque style
has part of its genesis in opera), acts more as a form of psychological escapism than that of a form through which religious truth can be revealed. Religion constructed as a Baudrillardian hyperreality in which intensified or peak shifted models of reality seem ‘more real than real’ and the lines between reality and fantasy are blurred. But, what seems at first to be a form of escapism from the ‘Desert of the Real’ can also act as a stimulus to wake us up to reality. Just as the Zen master hits his student and as a result the student attains his enlightenment, a jolt in the senses via an intensified version of reality can allow us to see how intensely real and visceral our direct physical relationship with our world really is.

Show all reactions
"is it just me or are there random body parts????"
"Is that first picture a brain or is it just me ?"
"thesw images r perfect back ground for festive occasions, maybe on clear panels 2 see 4rm both sides so guests can b 1 w/th art"
"color makes me happy"
"WOW!!!!!! very beautiful. my favorite is the top one. it looks like the sun and the water are clashing together with magnificiant colors! :D"
"I like the first one the best because it looks as though everything in the ocean is being sucked out by the sun."
"This reminds me so much of the movie 'Akira', it's a great re-interpretation."
"It's ok.... there are others I have seen that are much more interesting."
"Quite interesting. The colors really stand out. Very good."
"like the colors!!" 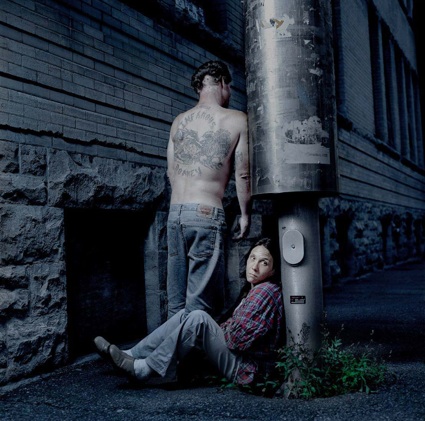 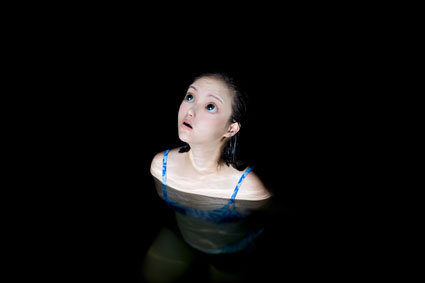