Save Dana to your Collection. Register Now! 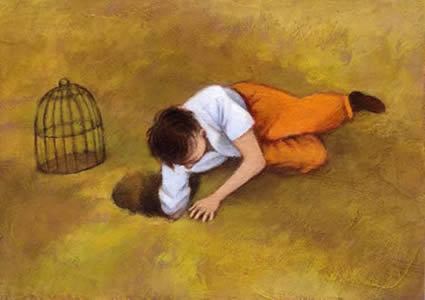 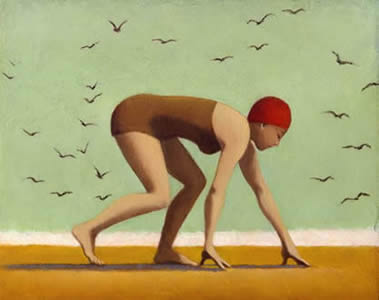 My paintings are rooted in the narrative tradition. I’ve always been fascinated by visual storytelling, especially with legends and myths, but also with comic strips and high school yearbooks. My own stories are told from an outsider’s perspective, the result of years spent as an American living abroad ‘ I was born in Indonesia and spent my childhood as an ex-patriot in first through third world countries. I am a perennial observer, with a deep appreciation for the irony in our mutual misconceptions, as well as for our moments of connection.
In my work I present curious, open-ended narratives that explore the unexpected and exotic in seemingly familiar situations. Using odd props and visual non-sequitors, the subjects apply themselves earnestly to improbable tasks with devotion and good humor, despite a certain discomfort. There is the suggestion of a parable or morality tale in progress but with the lesson left unstated. My intention is that the viewer will become as absorbed in the characters as they are in their tasks, and that perhaps some preconceptions will be gently teased along the way.