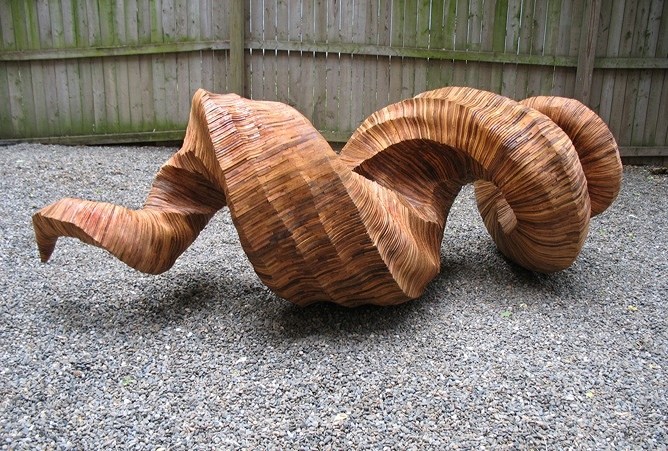 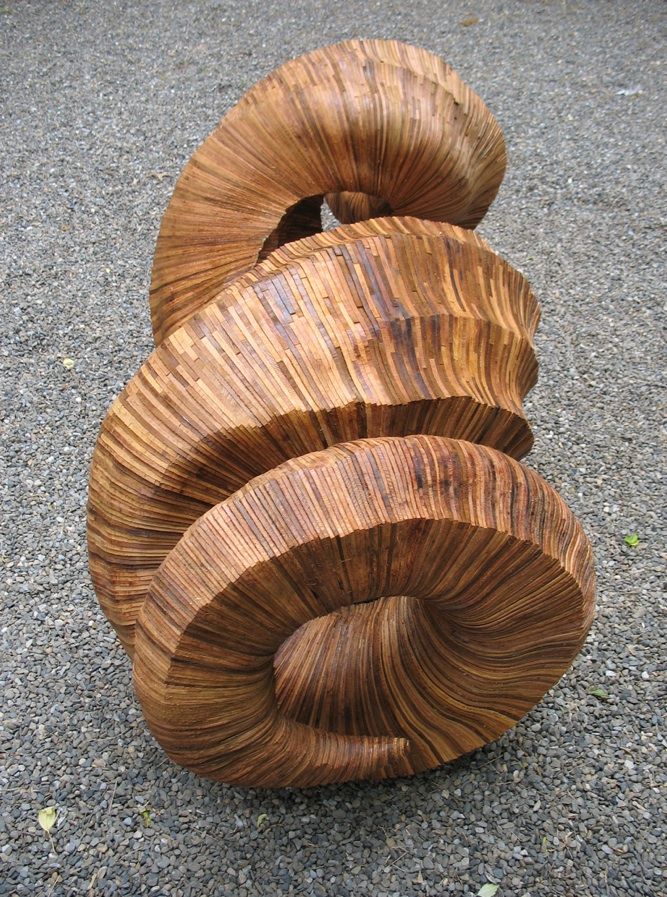 Butler looks to architecture as a point of departure in his sculptures, evoking both ends of the architectural spectrum: the idealized, ornate edifices of temples, churches and shrines and the more rudimentary and unrefined structures, such as mud huts, log cabins, and igloos. The latter manifests itself in the form of Butler working some of the pieces with hand tools as opposed to machine, where the finish is appropriately more crude. The directness and clarity that Butler aims for in his work is ever present. Following his credo that all things, under close enough observation, will reveal the complete story of their making, Butler teaches us something about looking.

A 2003 graduate of the M.F.A. sculpture program at the School of the Art Institute of Chicago, Butler has exhibited extensively in the Chicago area. Butler has held residencies at Art Omi in Ghent New York, MacDowell Colony in Peterborough, New Hampshire, Dorland Mountain Arts Colony in Temecula, California, the Vermont Studio Center in Johnson, Vermont, and the Ucross Foundation in Clearmont, Wyoming.

"I love the surgical interpretation of sculpture that Ben Butler represents in his work. His objects are sliced and dissected into hundreds of cross sections, that still speak to the whole. The repetition in his work is both soothing and curious. The individual shapes are rebuilt in each exhibition setting as if ancient artefacts, an extinct species that we can interpret only by piecing together the remains. With a distinct relationship to architectural structures, the viewer is beaconed to crawl inside and experience the work from within."

"Butler makes beautiful abstract, often geometric sculptures largely from wood and hydro-stone cement. His work is very deliberate and precise, but feels very organic with shapes that evoke elements from nature - like archaeological finds, (or waves or ancient rock formations in caves) that have been dissected and carefully put back together. Many of his forms appear to be frozen in action which gives an air of anticipation - like they might creep forward or totally fall apart any second. Very moving."

Show all reactions
"organic spiraling shapes made from straight pieces of raw wood. Beautiful. a sense of growing."
"examples of the true meaning of the short phrase, "onthebeam" only also made VERY pleasurable to just sit and look at. And look at...."
"David Melon Love Ben...I love Ben too! I want Ben to build me a house with a flowing worm fence out of funiture, because justice is not in the photo it is in the website. You "Beast"!"
"great form language, nice flow to all your pieces. Thanks for sharing!"
"Really beautiful work Ben..."
"I want this guy to build me a house! And all the furniture to go in it. Echoing the previous comments, DO go to the artist's website-absolutely stunning sculptures."
"is da a worm"
"I want this guy to build me a fence."
"I have to agree with the above post -- the work on the artist's site is phenomenal. I don't know why they chose this as a representative sculpture -- this is more "one for the fans," with a kind of 1970s minimalist feeling -- the ones on the artist's site are so refined and complex."
"Hey is definitely an amazing artist. Visit the link to the website because like David said this picture doesn't do his work justice." 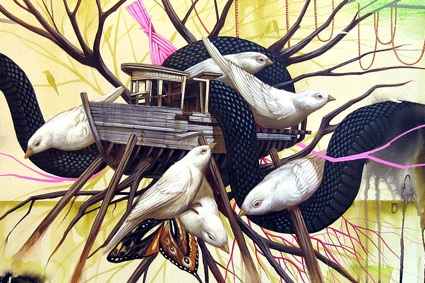 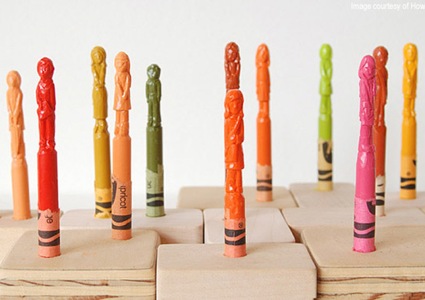