Save Skot to your Collection. Register Now! 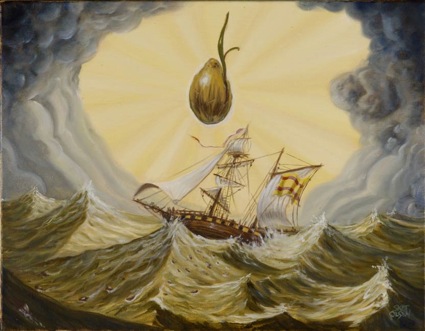 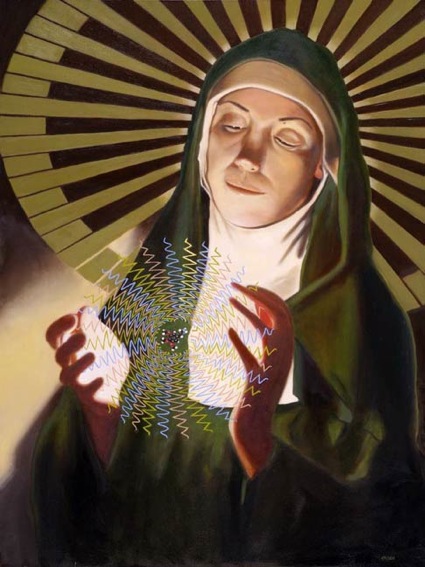 The objective of this neo-psychedelic series of paintings is to create a religious iconography that centers on hallucinogenic plants. That is, depicting saints and apostles who glorify and represent the plants and the states of mind derived from them. In contemporary society, I’m seeing a shift away from conventional religion and more toward an entheobotanical path to spirituality. Humans are hard-wired with a need to connect to the eternal. I hope others will understand that these plants/chemicals are a different path leading toward a mythological system that we can identify with, much like the appeal that the Catholic Church holds for many. It is possible to achieve a higher state of consciousness through religion, hallucinogenic plants, or meditation. Each individual must find the path that is natural and healthy for them. Modern organized religion has proven to be detrimental to humanity and the environment, so the clear path is to achieve a higher state through meditation or entheobotanical means, or a combination of the two.

Show all reactions
"This is awesome work. Religion and drugs are two side of the same coin..."
"If Skot is a druggie, he is a highly functioning one. The lines in "Gaia's" halo are almost perfectly aligned.I don't understand his work, but it's aesthetically pleasing."
"Religion, drugs and verbose commentary. Next!"
"In reply to several comments:While I agree that psychedelic plants should be used with caution, and are not for everyone- I think the point of the artist's description was to say that spiritual experience of all sorts are healthy and positive, and that they can be achieved without the belief or participation in popular organized religion. If you hadn't read the artist's description, but simply seen the work, would you have felt so strongly against it? Belief in fear-based dogmatic religions has inspired a great deal of atrocities, that is a fact that cannot be denied. Is there anything in this world that has inspired more fear, hate, intolerance, and killing than religious differences, save perhaps the hubris that comes with greed and desire to conquer and control (which in itself is often inextricably tangled up with desire to spread religious beliefs)? Also, if the roots of religious doctrine is studied closely, plant-derived psychoactive substances, including hallucinogenics, narcotics, and wine have been part of religious ritual, and at the base of religious experience throughout history and some remain to be. Studies have been conducted that conclude that the brain functions responsible for 'peak' meditative, spiritual and/or religious experience are all caused by identical brain function, regardless of the religious affiliation or lack-thereof of the person who is experiencing it. Some of these experiences are caused by secular meditation, Buddhist meditation, Christian and/or Catholic meditation, Jewish meditation, and also peak experiences inspired by hallucinogenic plants. Non-religious persons think that this means the experiences are hallucinations caused by abnormal brain function, and the religious believe that the brain function simply allows us to experience something that is happening outside of ourselves. While I personally feel that for a person of sound mind, psychedelic substances may open a door to a healthy spiritual connection, it is only a glimpse and that a person must learn to achieve that peak without drugs in order to experience it fully. The point is, many people feel a powerful distrust of psychoactive substances, and fear any idea that goes against the God that they believe in. I am willing to bet that most of the people who responded negatively to these works were not so ill-disposed toward them until they read the caption. How closed-minded. Syd Barrett was a schizophrenic, and would have been a schizophrenic whether or not he did drugs. Perhaps you should ask Aldous Huxley or Abby Hoffman (both of whom lived to very old ages, and were happy, successful men, how psychedelics affected their lives."
"I like the work but after reading the artist commentary of his work, I think that he is lost and searchig for spirituality with things of darkness. I would take a closer look at modern organized religion before generalizing it."
"I find it rather shallow and pedantic."
"Art from a mind tainted with perversion. This artist was obsessed with perversion and distorted images, but most recently changed his style to praising the use of narcotics. If you read his description of Gaia Creates Mescaline it is clear he is incapable of discerning a "higher state of mind" and chemicals destroying his brain cells. Not only that, he scape goats religion for the ills that are a result of the flaws of men. As far as his art is concerned, they show obvious skill but lack depth."
"Demonic. It seems that in 1997 it was just in it's purer more blatant form. 2007 is much more subtle. Talented."
"amazing work. both images are deeply stirring. keep it up!"
"Your paintings are a knock out! Not only do they depict history and evolution, they are also eye openers for those who interpret them in an artistic and positive way. Thank you! Its is about time we see artist evolve and come up with something fresh and revolutionary like this." 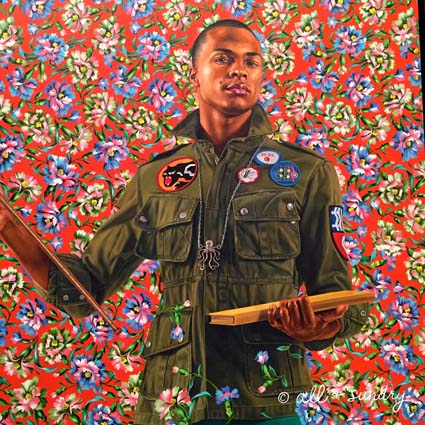 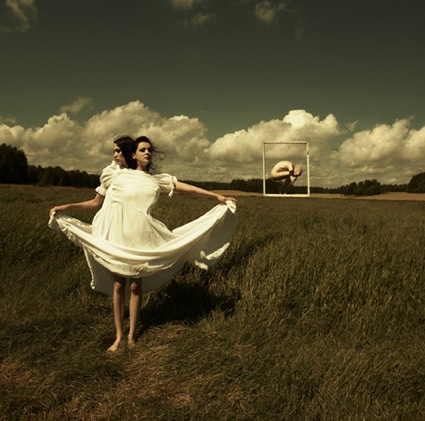