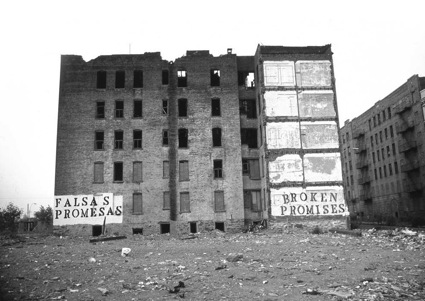 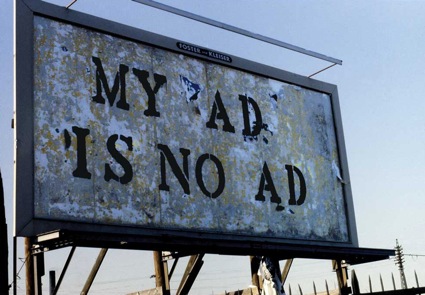 In August 1980, Don Leicht and I collaborated on a project for the People’s Convention held at Charlotte Street in the South Bronx. Our work addressed the needs of the immediate Black and Latino communities, as well as addressing the concerns of Native American Indians. This alternative convention coincided with the National Convention of the Democratic Party being held at Madison Square Garden. Presidential candidate Ronald Reagan stood amidst the rubble on August 5th, 1980, promising to rebuild the area.

The six spray painted stenciled messages included Decay, Broken Promises, Falsas Promesas, Last Hope, Broken Treaties and Save Our School. Our work transversely complemented each other with two different and distinct approaches. The stencils are succinct, urgent, and dramatic in size and scope. Don’s Birdfeeders are small scaled and intimate painted sculptures for the children of the neighborhood. Local residents, young and old, helped us on our collaboration. Assisting us as well were Stefan Eins and William Scott, who along with Joe Lewis, were all directors of Fashion Moda at the time. 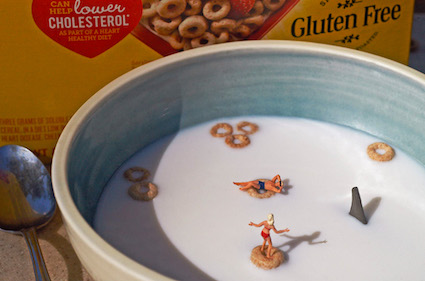 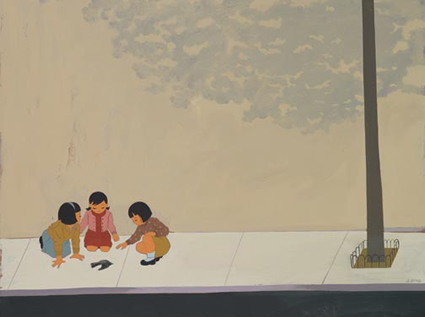