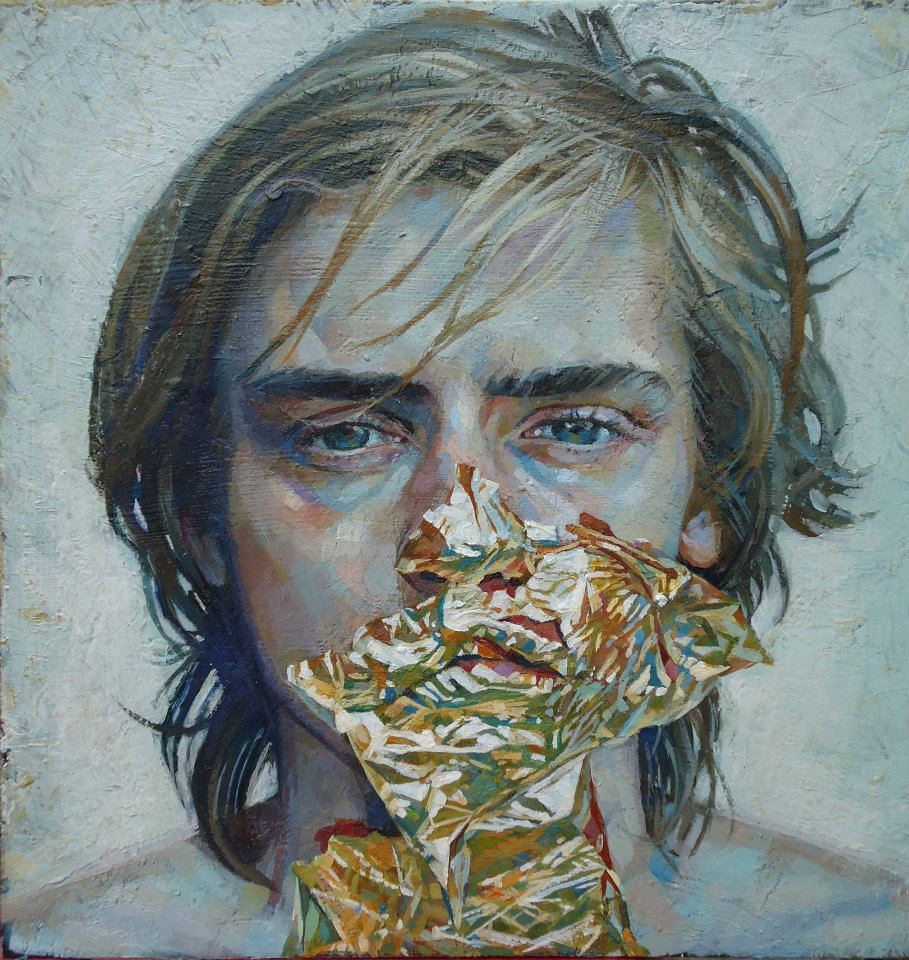 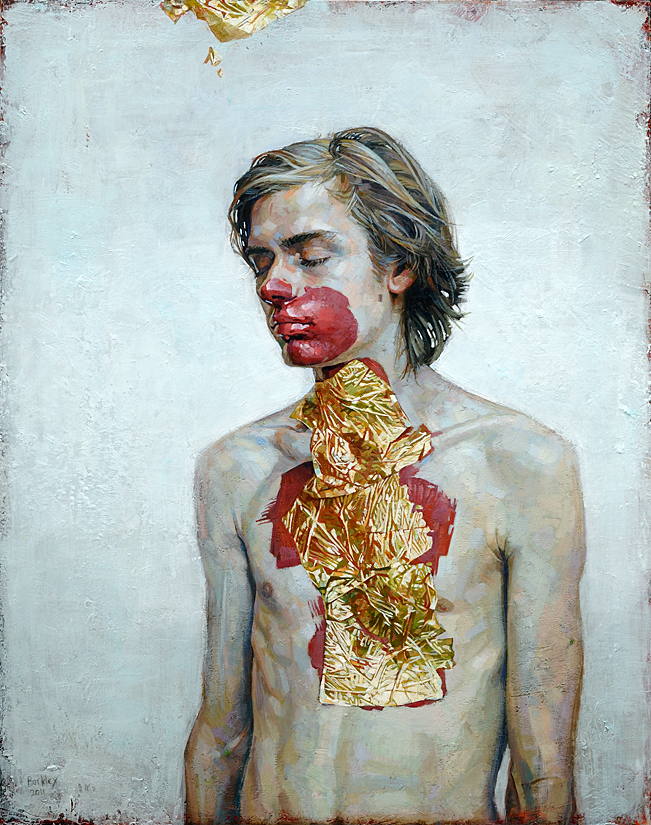 Born in Montreal in 1962, Daniel Barkley holds a Master of Fine Arts from Concordia University. His many solo and group exhibitions include shows across Canada and the United States (Toronto, Calgary, Montreal, New York, Santa-Fe, San Francisco, Mexico City…). In 2004, the Musée des arts contemporain des Laurentides hosted a retrospective of his works, and in 2007, University of Toronto’s Justina M. Barnicke Gallery assembled and presented a collection of works defining his career to date. Recently, Barkley was short-listed for the Kingston Prize, Canada’s portrait competition; his watercolours have also won top prizes at national competitions, including the Canadian Society of Painters Watercolour’s A.J. Casson Medal 2002 and 2012.

Daniel explains his work by saying, “I create my paintings as narratives. Sometimes the narrative is clear, the action direct, an interpretation can be made easily. In other paintings the story and it’s meaning is not always discernable and the interpretation is left open. I see the people in my paintings as characters within these narratives. A character that begins his story in one painting may find a denouement in a later piece. As a result of my attempts to streamline the narrative, to rid the painting of extraneous elements, the actors often appear nude. Clothes denote social class, profession, period, gender, age, etc. By eliminating them, paring down the mise-en-scene, the interpretation of the narrative is broadened to hopefully include the viewer’s own speculations.”

"I did an analysis for kicks! :D here are my thoughts on the artist!My first impression of Daniel Barkleys work is a sort of Van Gogh. There are impressionist qualities along with a light blue palette. Golden Boy is a piece featuring a shirtless young european looking boy standing straight with his eyes closed. He faces the audience in croisse. His nose and mouth seem to be painted over with a fire engine red. His age is not clear but it doesnt look like hes ever shaved in his life. His eyelashes are long and his facial features and torso are delicate and thin. His light brown soft looking hair stops at the nape of his neck. The artist was careful to depict certain strands of his hair as well as his prominent collar bone, ribs, veins, and the lack of muscle on his arms. His sternum seems to also be painted over with the red and three sheets of thin gold film is stuck on top of it. The stillness, tone, and temperature is apparently shown. One can imagine being placed in an empty studio in downtown LA on a cold morning with the sound of distant cars speeding down a main street. Even the wall behind the boy has energy- it almost screams emotional exhaustion. The artist uses thick brushstrokes and aesthetically pleasing colors. All of his pieces carry the same mood and consist of the same content- men and boys of all ages and the honest and unforgiving details of their bodies. Their skin is most impressive, almost taking a satin like quality. They are always captured in melancholy or catatonia. There is an obvious experimentation with texture, specifically that of nude people. In other pictures, these men are covered in blue paint. The liquid molds and creases with their skin, never too apparently wet or dry." 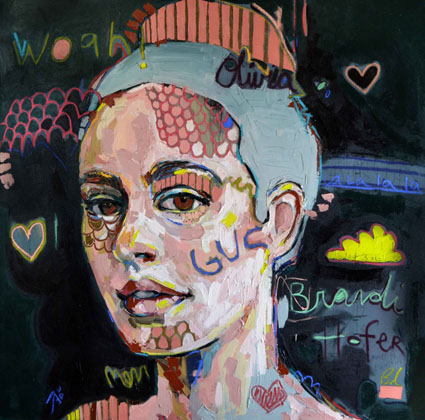 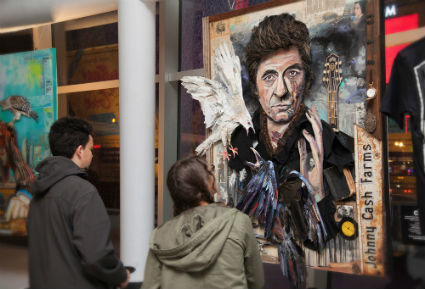