Save Rebekah to your Collection. Register Now!

She has received numerous awards including being named an “Emerging Artist” by both the National Council on Education for the Ceramic Arts and Ceramics Monthly Magazine. She has been awarded a residency at the Bemis Center for Contemporary Arts. In addition she is a two-time recipient of the Nevada Fine Arts Council Fellowship, as well as receiving the “Best of Show” in several national art competitions. Her work has shown in several solo and group exhibitions nation wide. Moreover, her work has been reviewed in publications such as Art in America, LA Times, Ceramics Monthly Magazine, Clay Times Magazine, and Artweek.

Rebekah explains her work by saying, “I employ fictional animals in my artwork to explore the narrative of my life and my own personal history as they provide me with both anonymity and security to the secrets I reveal. I enjoy utilizing animals because they are beautiful and mysterious creatures, vulnerable to relations with humans. This susceptibility gives them a sense of benevolence that is often lacking in human associations. I use this vulnerability as a source of power. It takes a brave and confident person or animal to make themselves vulnerable, for they must have the strength to withstand the consequences.” 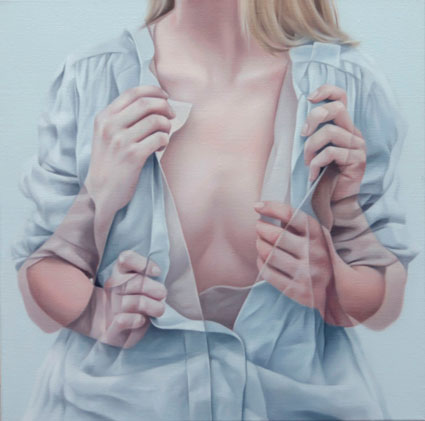