Save Laurie to your Collection. Register Now! 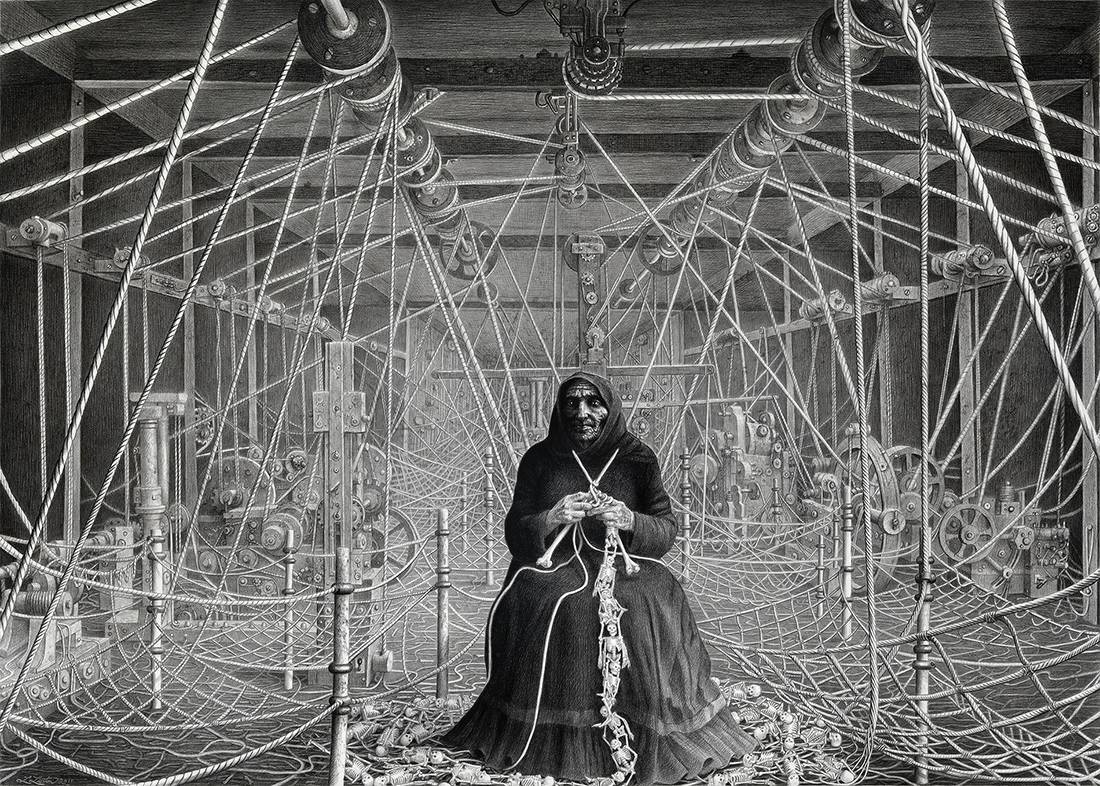 'The knitter of bones'
Charcoal and pencil on paper 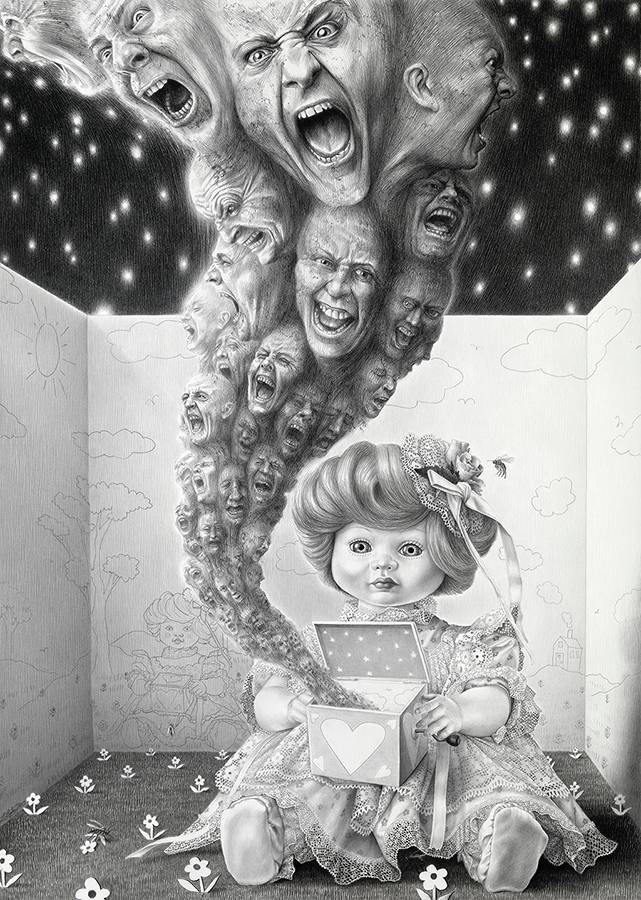 Laurie Lipton was born in New York and began drawing at the age of four. She was the first person to graduate from Carnegie-Mellon University in Pennsylvania with a Fine Arts Degree in Drawing (with honors). She has lived in Holland, Belgium, Germany, France, the UK and has recently moved to Los Angeles after 36 years abroad. Her work has been exhibited extensively throughout Europe and the USA.

Lipton was inspired by the religious paintings of the Flemish School. She tried to teach herself how to paint in the style of the 16th century Dutch Masters and failed. When traveling around Europe as a student, she began developing her very own peculiar drawing technique building up tone with thousands of fine cross-hatching lines like an egg tempera painting.

She describes her work by saying, “It was all abstract and conceptual art when I attended university. My teachers told me that figurative art went ‘out’ in the Middle Ages and that I should express myself using form and shapes, but splashes on canvas and rocks on the floor bored me. I knew what I wanted: I wanted to create something I had never seen before, something that was brewing in the back of my brain. I used to sit for hours in the library copying Durer, Memling, Van Eyck, Goya and Rembrandt. The photographer, Diane Arbus, was another of my inspirations. Her use of black and white hit me at the core of my Being. Black and white is the color of ancient photographs and old TV shows… it is the color of ghosts, longing, time passing, memory, and madness. Black and white ached. I realized that it was perfect for the imagery in my work.”

Show all reactions
"Lipton's work swerves between 'high' art and comic book images."
"Wow. I love the 2nd piece. Love together, Die together. Very dramatic."
"I have been following your work for a long time . Your work is so much beyond the paper and the media it is powerful and emotional. They did a wonderful story on you in Juxtapoz zine a few years ago I still have it! Keep making great art for the world."
"the first picture is really weird but i like the second one so dead and lifeless. there is just this soft yet hard kind of mood. love this picture."
"I love the Second one it brings out the true meaning " Until death does us apart" very brilliant..great job Laurie"
"Loving caring inspiring! :)"
"This artist is an illustrator. However, her work speaks with a strong enough voice that it can crossover into fine art as many illustrators do.Her work communicates well. Her technical ability allows her to do this in a very expository way. Great for this site. Its about time that an artist who speaks with clarity that conveys message. I would be proud to have her work on my gallery wall...or a book or journal.Philip, curator, VA/DC"
"Both pictures made me cry. Amazing!"
"Very prolific ... execution : amazing,subject matter : morbid"
"Breathtaking skill. Emotional. Morbid? No way." 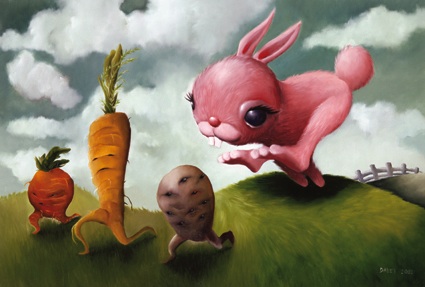 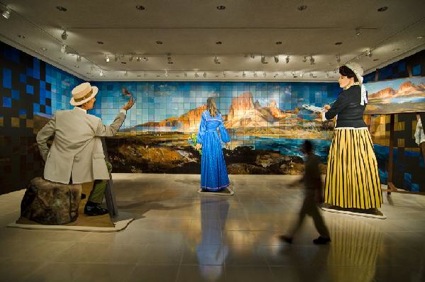