Save Evan to your Collection. Register Now!

'The Cloud of Unknowing'
Ink on paper 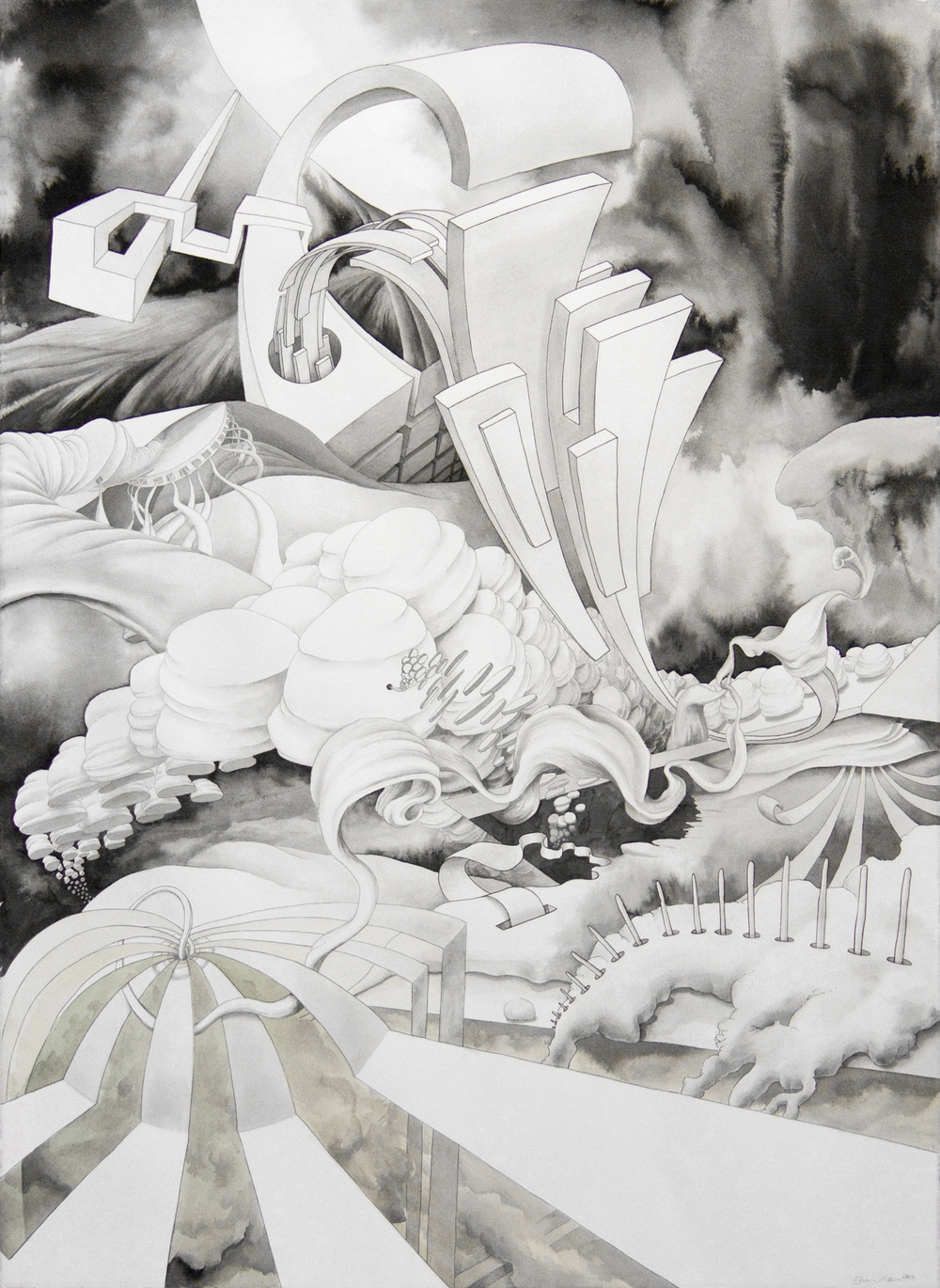 Born in 1985, Evan Mann earned his BFA from Colorado State University and his MFA from Rhode Island School of Design. In addition to his inclusion in film festivals and screenings around the world, his work has been exhibited at the RISD Museum (RI), Holter Museum (MT), Allentown Art Museum (PA), Urban Institute of Contemporary Arts (MI), The Wassaic Project (NY), and Central Connecticut State University (CT), among many others. Mann’s work in included in the collections of the Holter Musuem, RISD Museum and the private collection of Paula and Leonard Granoff, among others. The artist lives and works in Denver, Colorado.

Evan explains his work by saying, “Transforming ethereal, organic, mechanical and geometrical imagery into visual metaphors, I create with the intentions of transforming the familiar world into one of wonder. I attempt to depict the inconceivable, manifest the immeasurable, and tether the infinite. Creatures are invented, environments fabricated and planets are birthed; the microscopic commingles with universal scales. I envision my work to make physical the meta-physical, and to de-mystify the mystical. My aim is to translate invisible mysteries into corporeal realities while creating a visual universe that references nothing in a complete departure from actuality.”

Sigh. It would be wonderful if artists didn't "explain" their work. So often it's just so much blah-blah-blah. This artist's work stands well on its own. The "explanation" detracts from the work! 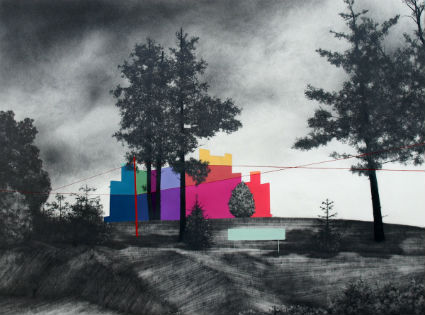 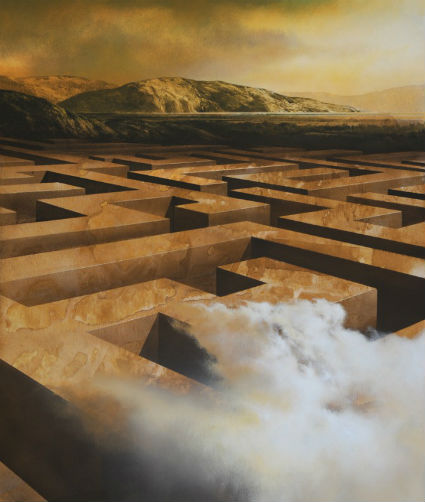