Tom Haney earned a Bachelor of Science in Design from the University of Cincinnati. Before he became a full-time artist in 2000, his professional work consisted of making props, models and miniatures for television commercials, still photographers, and movies. He created things that couldn’t be found anywhere else including a 5-foot ping pong paddle for a Japanese television show, miniature laser printers for a magazine ad and marionettes for TNT’s “Rudy and Go-Go’s World Famous Cartoon Show.” Tom also worked on the John Sayles’ movies, Eight Men Out and City of Hope.

Tom explains his work by saying, “Although some see my work as a reaction to today’s throwaway society, I approach it as a way to reconnect with the past. I cherish traditions, not trends. I love the old ways of doing things, old tools and traditional techniques. Working with one’s hands still has value. I believe there is a magical transformation that happens when mechanical movement is added to a static figure. This movement captures a viewer’s attention and holds it to the point where they are drawn into interpreting the stories the piece conveys. They are not merely observers but collaborators. My heroes have always been the pioneers, the inventors – Edison, Bell, the Wright Brothers – in the art world, the innovators – Calder, Picasso, Tinguely. The great Leonardo DaVinci, who did it all – painter, sculptor, scientist, engineer, and architect –was who I wanted to be when I grew up. Having never wanted to be pigeonholed as an artist, I’ve sought to do unique works that combined many varied methods. Initially, I started with woodcarving – practically a lost art in our world­ – a tradition people have been using for centuries to tell their stories.”

Tom continues, “Any kind of mechanical movement has always been a fascination of mine and to combine this with figurative carvings became irresistibly compelling. After some time I learned about automata, “a moving mechanical device made in imitation of a human being”, an ancient pursuit more thoroughly developed in the 13th – 19th centuries mostly in Europe but also in Asia. The work I create today is a modern offshoot of the time-honored European tradition of automata.”

"I honored to be featured here today"

10 of 23 reactions from users displayed

Show all reactions
"you create a work of art that seems to hold life. you create something that no one can truly replicate. its all so small and intricate, it cannot be touched. neat.as.hell."
"love it"
"What kind of materials did you use to create these pieces?"
"that is really cool and i think it is a symbolof love because he wants that girls heart"
"very cool"
"wows"
"Crazy dolls."
"Had the pleasure of seeing some of his art work in person . Fascinating, I could of watched his pieces all day."
"wierd but like it."
"the long winter" 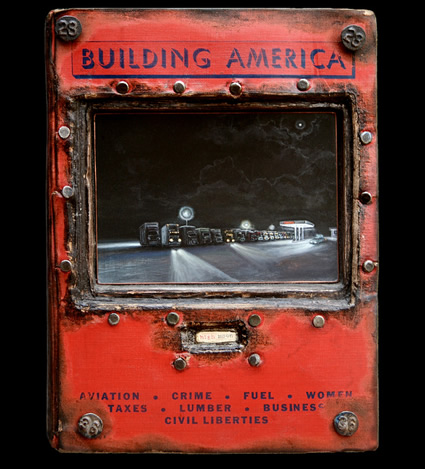 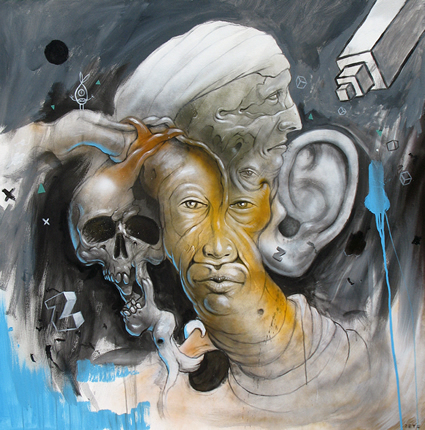