Save Joseph to your Collection. Register Now! 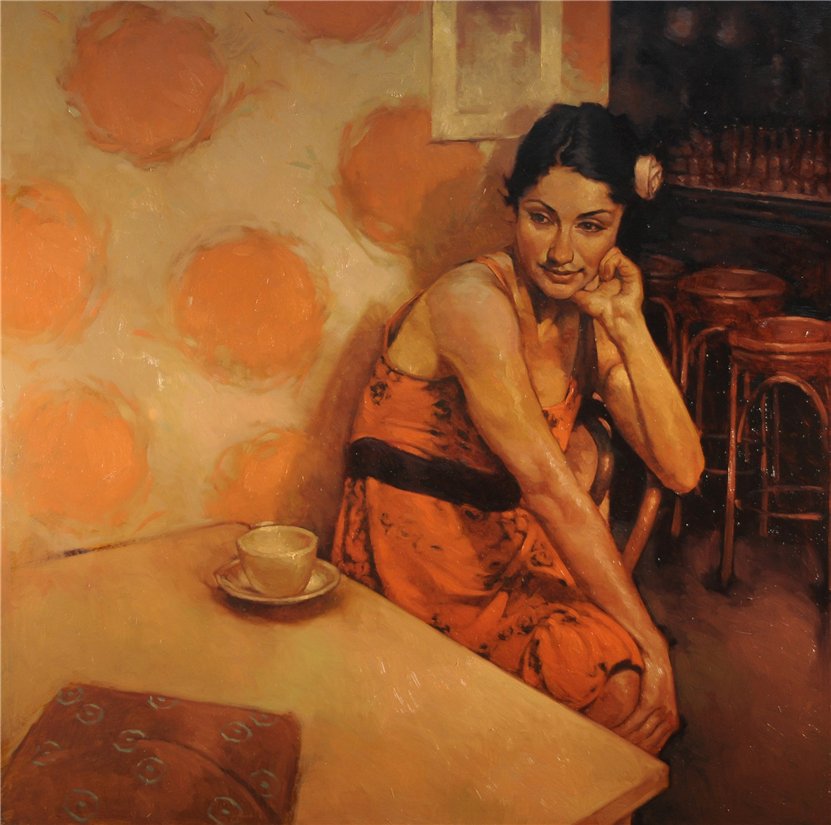 'From Across the Room'
Oil on Panel

'The Poet'
Oil on Panel

Joseph Lorusso was born in Chicago, Illinois, in 1966 and received his formal training at the American Academy of Art. He went on to receive his B.F.A. degree from the Kansas City Art Institute. Born of Italian descent, Lorusso was exposed to art at an early age. Through several early trips to Italy, his parents introduced him to the works of the Italian Masters. Lorusso would look to these influences throughout his early artistic development and they are still evident in his work today.

While in school, Lorusso majored in watercolor and considers himself self-taught as an oil painter. He learned to paint by studying the works of master painters, often losing himself in the halls of the Chicago Art Institute during lunch hours, which frequently turned into afternoons of self-study.

In painting landscapes and figurative works, Lorusso has concentrated on honing his powers of observation, especially as it concerns to color, texture, form and composition. Lorusso’s paintings have been described as warm and dreamlike, places of restful escape with a sense of spirituality, and share timelessness with the works of other eras.

very nice picture,expressions of waiting should be improved

reminds me of malcolm t. liepke