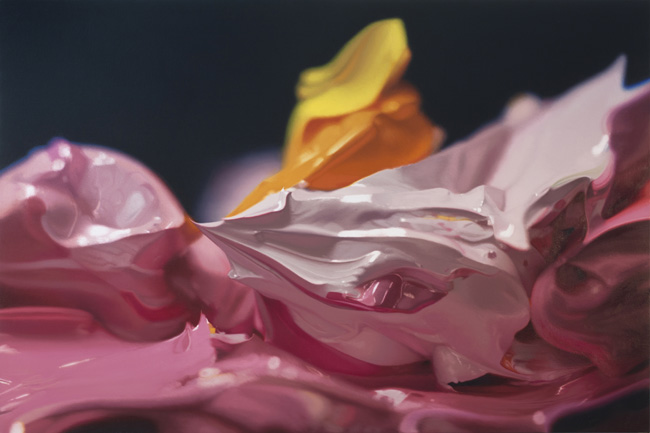 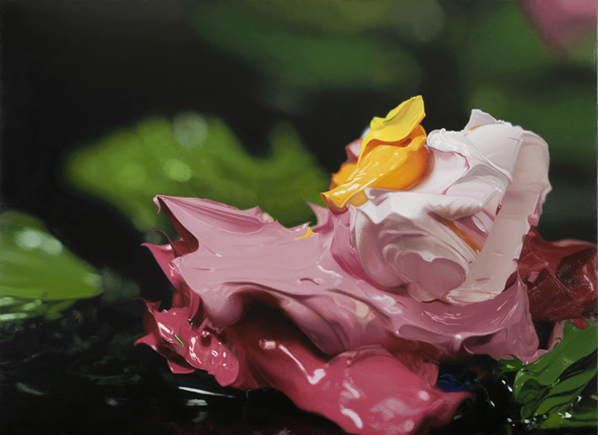 Ben Weiner received his BA from Wesleyan University in Connecticut in 2003. Prior to that, he studied under Mexican muralist Jose Lazcarro and assisted such artists as Jeff Koons, Kim Sooja, and Amy Yoes.

Weiner photographs paint and luxurious ephemera at very close range and uses these images as his subject. By doing so, he creates works that pose a confusion of object, subject and medium.

His work has exhibited across the United States and in Mexico, with solo shows in Los Angeles, New York and Puebla and group exhibitions in Chicago, New York, Miami, New Haven, Ridgefield, Los Angeles, and Riverside.

Show all reactions
"delusions of taste buds"
"looks great"
"very beautiful and intricute"
"The color alone makes me feel good about this, the texture looks sweet, I can almost taste it. At first I thought frosting but then I noticed the sun lady in the background: hmm"
"awesome job love it"
"i like"
"nice wrk man"
"i looks so real!!!!!!"
"cool, looks like toothpaste"
"sweet" 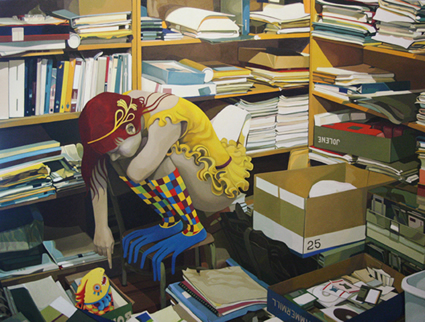 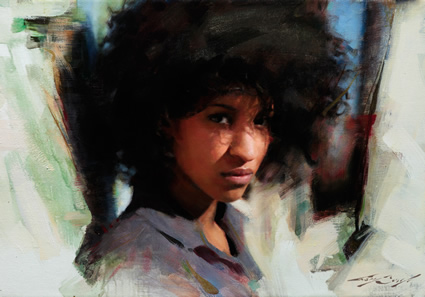