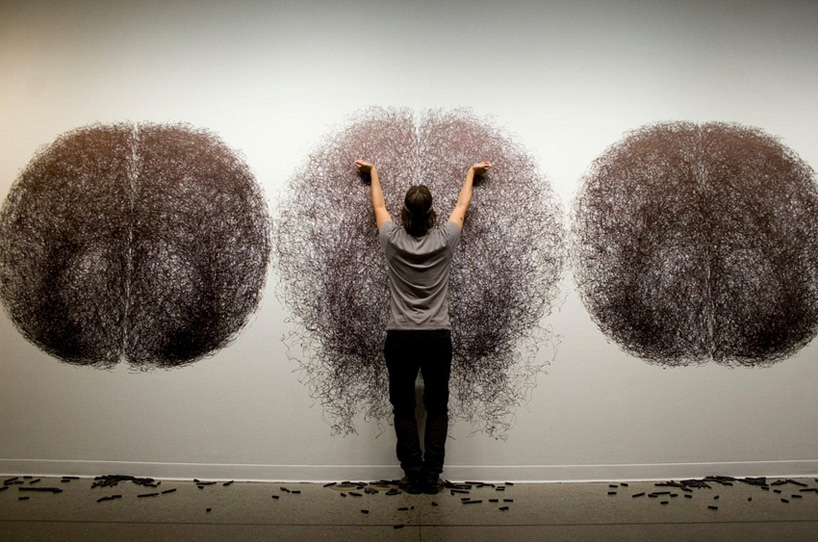 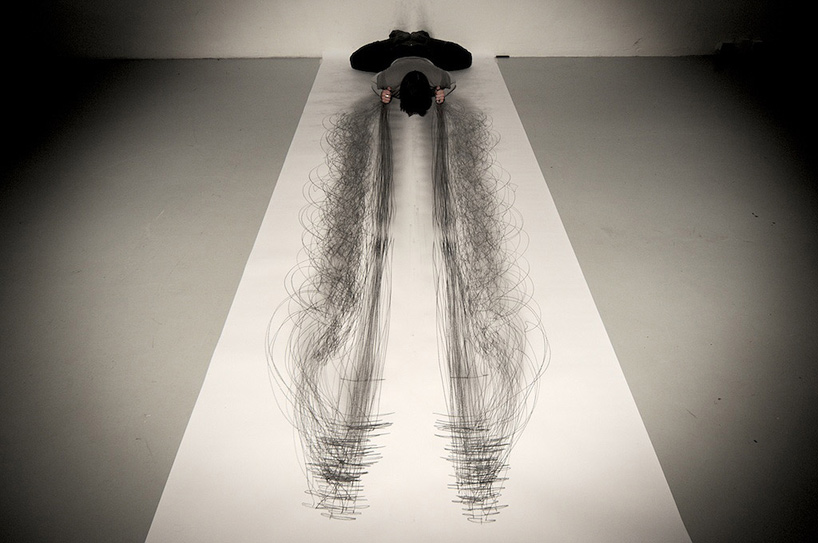 Tony Orrico is a visual artist, performer, and choreographer.

Penwald Drawings are a series of bilateral drawings in which Orrico explores his body as a measurement tool and inscribes geometries through various movements.

Orrico was also among the performers to represent the work of Marina Abramovic during her retrospective at MoMA.

"Play the video on this one. Orrico brings the elements of The Vitruvian Man to life. His Performance/drawings are hypnotizing. There are clear parallels between his and Mathew Barney’s endurance-based drawings and films, though the two artist’s work differ in flavor - Barney, trained as a full contact athlete, shows more strain and violence, and Orrico, trained as a dancer, displays grace over force. I also find it strange to see inner body based imagery, the hemispheres of the brain, or an MRI slice of the torso shadowed in much of his completed work; work that is produced solely through the geometry of the outer body."

"I first saw Tony Orrico's Penwald Drawings at the PULSE Contemporary Art Fair in 2011. His work was on display in the booth across from ours, and I often found myself staring at his complex drawings and reaching an almost meditative state. His use of his body both as a haptic tool and as a way of controlling the scale and eventual form of the work is fascinating. The drawings document a performance while simultaneously highlighting that mark-making, at its most basic, is a material record of movement."

Show all reactions
"Not really impressed. Where's the meaning in it? Is there even a message?"
"I like this, the video showed how intense it would be to create this way. A work out. the work on the wall kind of made me queasy, too hairy testicular..."
"Art with body!!!!"
"awesome artist statement!"
"Art with body!!!!"
"Never has gesture art produced such intricate, symmetrical balance, using the full body contact method no less. Amazing in its process performance. Love the lack of music as the rhythmic sounds of Orrico's graphite sweeps across the paper. Now if he'll only come to Denver......."
"i'm sorry i didn't find this to be that impressive... it's just a life sized Spirograph...."
"i guess this is one way to draw a prefect circle if you dont believe in a compass... watch the video."
"Now THAT'S gesture drawing at its peak!!!"
"Art with body!!!! Must see video" 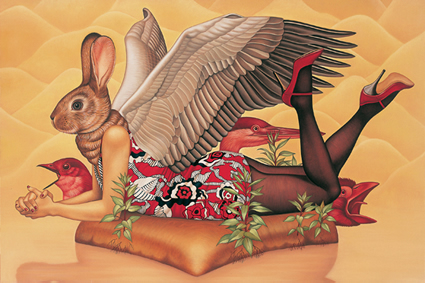 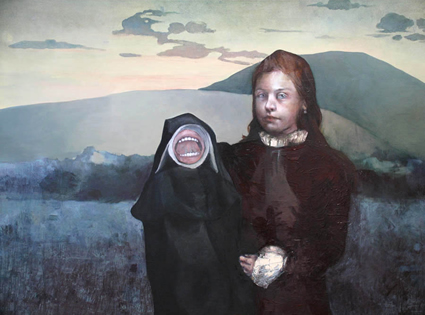