Save Sean to your Collection. Register Now! 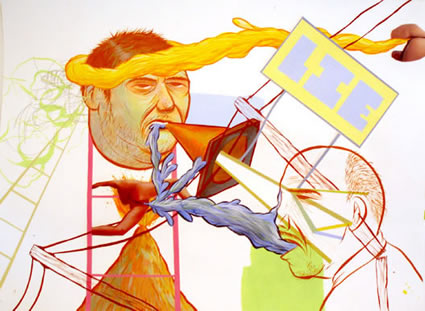 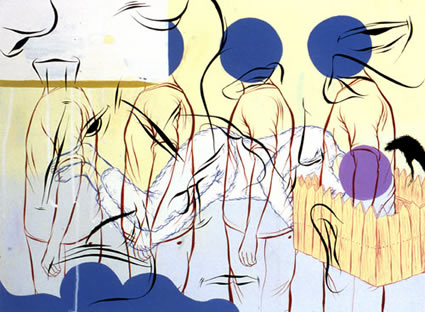 Working stream of conscious, Sean McGaughey does not do any preparatory sketches. He does the majority of thinking on the painting surface, and painting over “mistakes” with flat areas of color, but still allowing them to show through. By not fully covering the “mistakes”, the painting becomes a documentation of itself, and the viewers gain insight into the dialogue, which occurred between the artist and the painting.

The paintings are comprised mainly of line drawings done with a brush. The lines begin to overlap, tangle, and weave amongst one another, inviting the viewer inside the painting. The build up of lines show a physical interaction between the people he has drawn, but an emotional disconnect between one another. When there is an emotional interaction, it is usually of an oppressed emotion, presenting itself as a struggle. The seemingly chaotic lines further heighten the oppressed emotion, creating a tension within the picture plain. Decorative elements, or a person transcending the chaos, begin to balance out the tension.

"Love the layering of complex imagery. More intriguing is your painting process - that is, you do your thinking directly on the painting surface. Do you take snap shots of your paintings as they evolve? It will be really interesting to not only view the final work, but also to see how a piece of work evolved over time and come into being."
"Glad to see Sean's work progress over time. Taking it to new heights."
"this guy is simply amazing!!!!!"
"A very nice play on surrealism. It's reminicent of some of Dali's work. I love it!"
"The paintings are very adroit while contrived. They are mesmerizing as the artist works out some trauma. The artist seems to be opaque yet transparent. His compositions are good, yet contrived, bunched up with an awful tension between the subconscious and rational control. He is painting honestly while masking the truth. The paintings in general are a range of opposites but I think some of that is dishonest. They are a bit raw for me to want to live with one but they would be appropriate for a public institution where one could look then walk away."
"very weird ,but artistic" 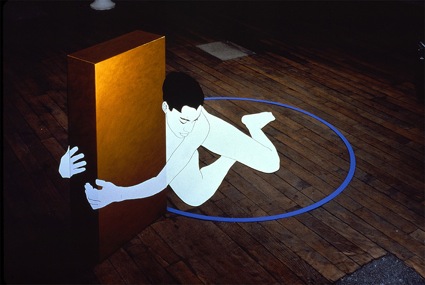 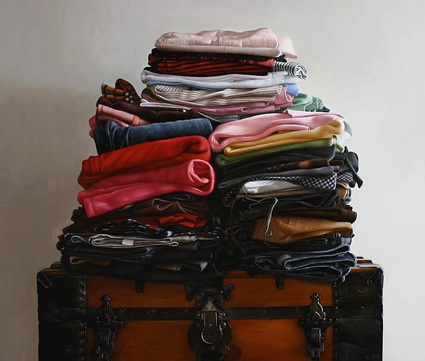