Save Jason Shawn to your Collection. Register Now! 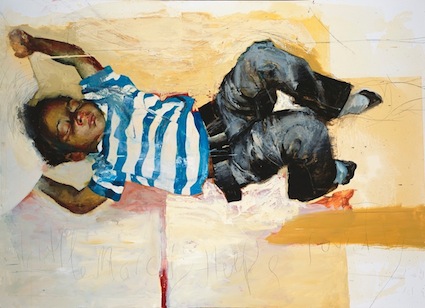 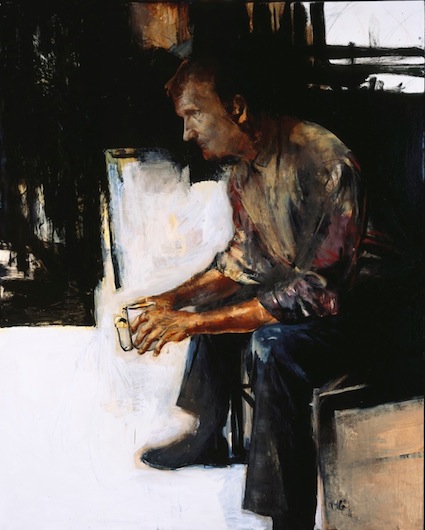 He aspires to penetrate the core of human integrity with his paintings, and depicts figures wrenched in that critical space where the coordination between mind, body, and spirit is strained, or as he puts it, ‘hangs in the balance of existential woe.’ A sense of human drama is his signature.

Abstract elements emerge by way of exaggerated gestures, elongated limbs, and the doubling or tripling of images. Hints of apparitions and the intrusion of foreign materials and text into the image are also an important part of the rich psychological nature of Alexander’s work.

His work has been exhibited across the United States including at Corey Helford Gallery, Culver City, and 101/exhibit. In 2009 one of his portraits was included in a Smithsonian National Portrait Gallery exhibition in Washington, DC. His work is collected both in the US and abroad.

Show all reactions
"The painting of the child looks like he might be dead, but then again by sleeping soundly Jason could mean that. Death is just another more sound way of how our bodies are put to rest. The man looks like he is troubled in some way. Like he's trying to make a certain decision or something... I like them both, but my favorite is the little boy sleeping:)"
"I was disturbed by the picture of the child. My initial impression was that the child appeared to be dead and not just asleep. I tried to enlarge the picture to verify if my first impression was true. The child appears to have some bruising on the face and arms. The area on the left side of the child's body appears to be red (possibly blood) stained areas that were covered but, not enough (possibly intentional). I would hope that the artist would say, I misinterpreted what I saw, otherwise I find it distasteful because it represents possibly a violent death of a young, helpless victim. I wondeer what the point of this oicture represented for him and what he was actually trying to convey to the viewers."
"I didn't get any initial vibe of death, perhaps thats an inward impression personified from the reds. I can see that. Initially I got the feeling of a black boy sleeping hard after playing hard in the streets. Sprawled about comfortablly in the unpristine neccessity sleep is in life."
"Yes. Yes. Yes! The strength and mastery of combining the expressionist and figurative is great to see. He doesn't show or tell everything and leaves so much beautifully colored space in which to let the viewer's mind wander and make his own sense of the images so deftly portrayed. Granted, I think there are many, many works on the artist's website that are stronger than the top image, but I was glad to be able to connect to that site's galleries. A painter of both depth and expressive abilities -- what a great combination."
"While the technical skill and artistic merit are clear, I don't feel pulled in by the work. I believe there's a difference between a deeper exploration of the human spirit and a depiction of bummer scenes. The painting of the child inspires contraction and as such lacks movement or a sense of moving towards anything. Why not just rubberneck at a car wreck?"
"I agree with Val. I was shocked by the picture of what appears to be a dead child. Children have soft lines when they sleep, total relaxation. This is harsh and grating like the rest of Jason's work which seems to have a very dark view of life. Do the rest of you have cataracts giving you a smoothing effect on the images?"
"Beautiful work with amazing technical skill! Congrats fellow Tennessean!"
"Typo last message, meant "interesting work. Boring words.""
"I love your work, How do I go about purchasing your art?"
"I appreciate the power and passion portrayed here, and I like the style. On the artist's website it a painting of his father that is as beautiful as any portrait I've seen. My preference is for less anquished subjects, but if that's what moves you to create art, then that's a personal choice." 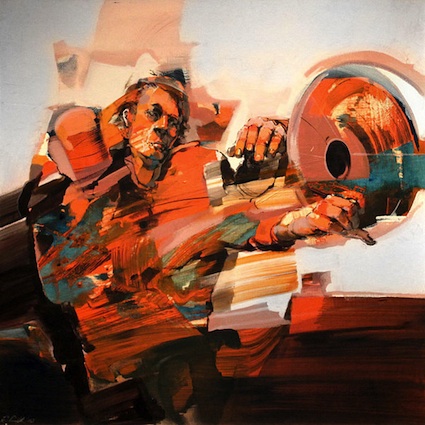 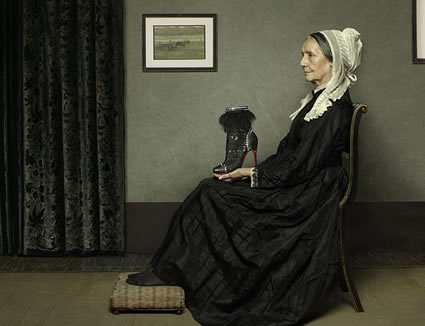