Save Sagaki to your Collection. Register Now! 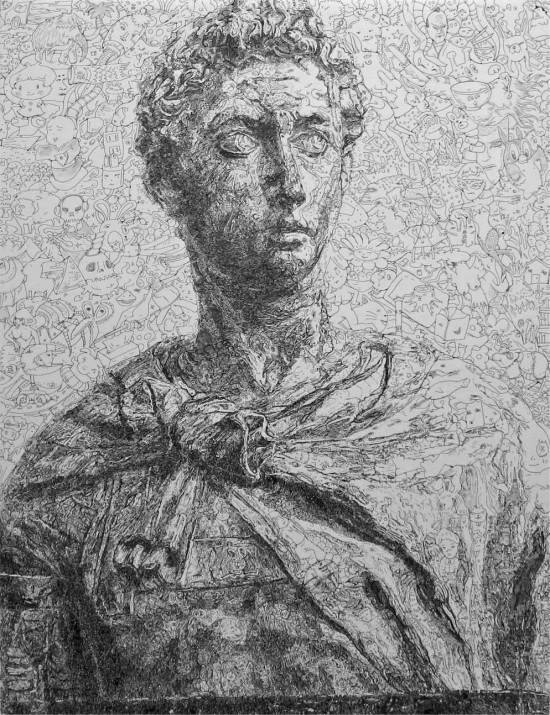 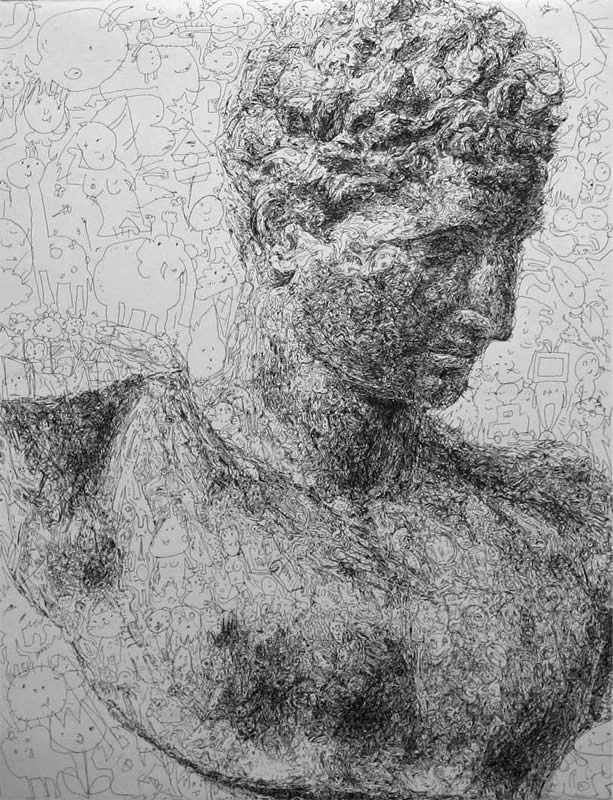 Sagaki Keita was born in 1984 in Japan and received an MFA from Fukushima University in 2008.

His drawings are imitations of famous artworks made up of thousands of original characters. At a distance his pictures appear mere recreations of popular paintings and sculptures, but viewed close up thousands of small characters reveal themselves, which together form a complex and detailed composition.

Keita is interested in the emergence of life and has created many works along the motifs of conception and birth. Another recurring theme is mandalas—consistent symmetric compositions, hand-drawn on carbonic paper. His recent subjects include famous paintings, such as the Mona Lisa by Leonardo da Vinci and Ukiyo-e by Hokusai Katsushika, and iconic images, such as the American flag and skull.

Regardless of his subject, Keita implements his technique of many miniature characters forming one big picture. His characters are sometimes illustrations of historical personages or customs, but often there is no relationship at all, and no overarching theme. The contrast between this unorganized and the specific theme is typical of his work, he says.

Keita lives in Tokyo. His work has been exhibited across Japan and in Portugal.

"wow"
"THAT IS BAD A** MAN!!! :]"
"@stacey;it is true...rules is depended to cave of language...border create and distroy...rules is fences for mind and big soul crossed of lines...maybe stay in back similar a child.child of language no child of thinking"
"This reminds me of those seventeenth-century masterpiece engravings done with one continuous line."
"dude i smell a serious bad a**"
"I truly enjoy viewing the work of great artists and Sagaki's work does not leave me disappointed; it leaves me jealous. Beautiful work . . ."
"Magnificent doodleations!"
"Anyone find Waldo?"
"@dariush artists like Jeff Koons and Cy Twombly, along with many others have similar styles. I have heard that unlearning how to properly configure a drawing (like a true artist learns at a university)is often more difficult to some artists. That becoming childlike in their art is somehow lost when they have mastered all the nuances of fine art and that innocence of just "painting pictures" is something to be envied."
"drawing for drawing...toward purity...lines...2 idea about lines...authority of classicism style...on the stage ...fantasic shape...is this play?" 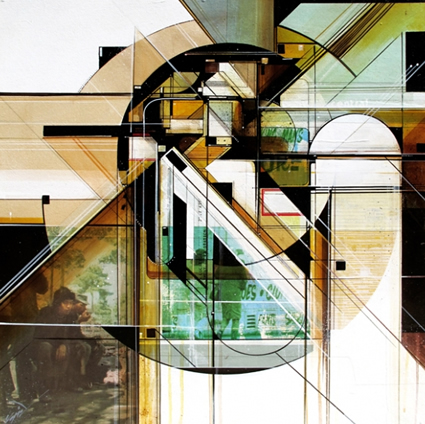 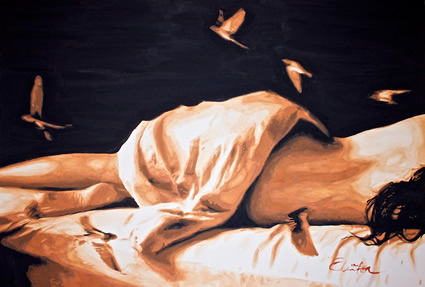