Save Simon to your Collection. Register Now! 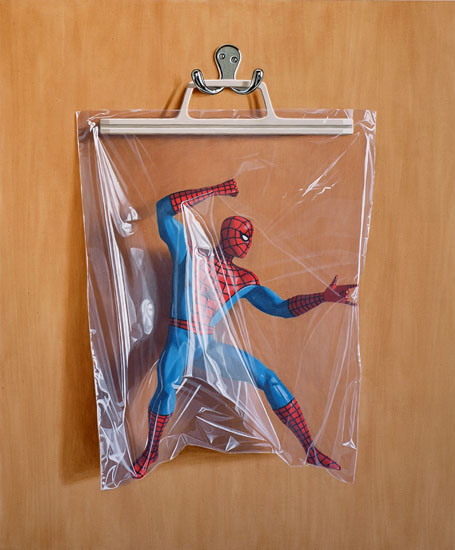 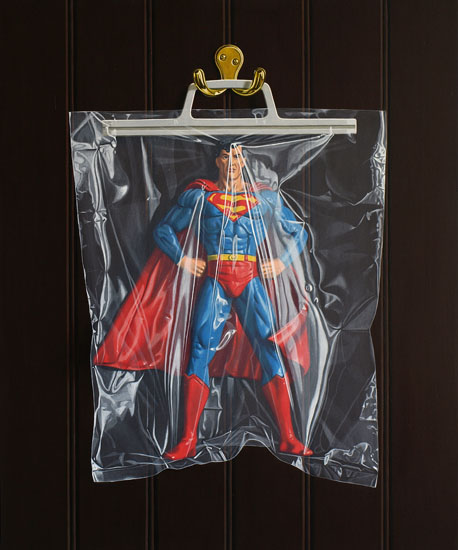 Simon Monk received a BFA from Camberwell in 1989. He is now a full-time practicing artist, after several years’ writing and lecturing in Art History at various colleges around London.

His latest series, of objects in bags, initially arose from an interest in scale and representation. Despite being depicted exactly life size, the subjects themselves present a dislocation of scale characteristic of toys and models, ranging from enlarged insects to radically miniaturised dinosaurs.

This series and previous ones have been informed by interests and concerns such as the use of ephemera and overlooked objects, the exploration of illusion and the inescapably fictional nature of images, the uneasy relationship between the exotic and the banal, and whether it is possible to view the past without nostalgia.

Each painting is slowly and gradually built up from many thin, translucent layers of paint over a number of months. The subjects are painted directly from life rather than photographs in an attempt to represent the subjects with simple clarity and truthful illusion.

Since his return to painting five years ago he have exhibited in open exhibitions such as the Royal Academy Summer Exhibition and the Discerning Eye as well as various group shows and international art fairs. He was recently selected to exhibit in East Wing Ten at the Courtauld Institute.

"impressive when u find out these r painted, not photographed..."
"I understand what he's going for in this picture, but he has more talent to be creating something as childish as this, but it is your art so I'm not going to judge what you drew. I'm mostly I'm looking at how it was made and I think its fantastic."
"It's interesting, my immediate thought was that we all were like these super creatures sealed in a bag: the brave and crazy ones to dare will break thorough. Cheers to that!"
"i was thinking this isn't art... until i read the side article. then i was like woooooooooow. this is badass. those are freaking paintings. =] so sherry, shame on you. learn to read and appreciate the PAINTINGS."
"sherry: so what should he be painting? what has anymore value than this and why? I don't think we should be so quick to judge....the reflections on the bags are really quite lovely and well done. I can tell how hard he's worked at perfecting them. kudos to you, simon."
"Sorry, but I agree with Sherry. Uninspiring."
"Neat."
"This art is so true to modern childhood. I like it a lot!!"
"I dig it. I like that it can be viewed from many perspectives and they are paintings. rwb"
"I so don't know why this is considered art! you have more talent than action heros in baggies" 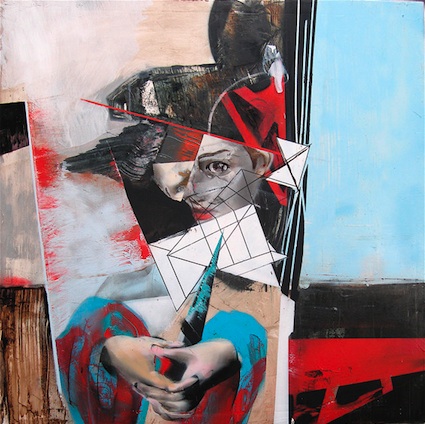 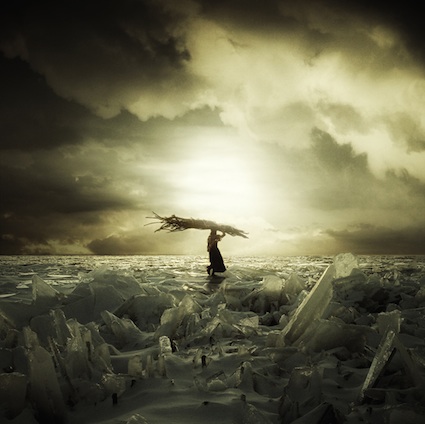