Save Evan to your Collection. Register Now! 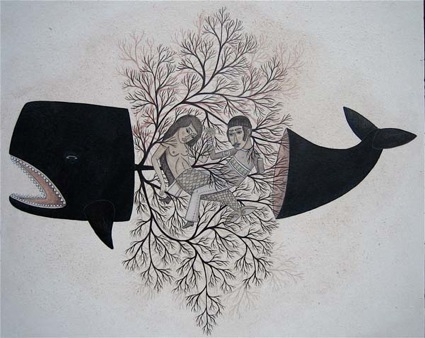 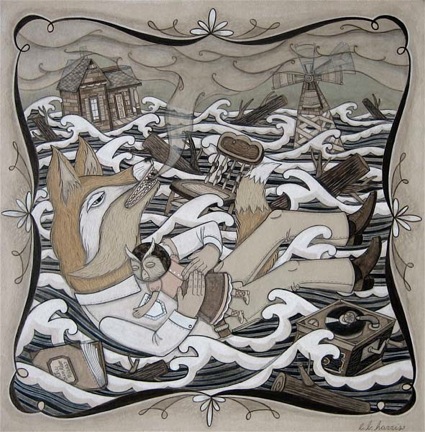 Born among the briars & brambles in backwoods of Medford, Oregon, Evan Benjamin Harris grew up with little knowledge of the bourgeois big city fine arts. So, he dove into the recesses of his own imagination and embraced the fables and folklore that fascinated him. With little to do but draw, he did exactly that. Now older, things haven’t changed much. The stories he created as a child are still present in his paintings. With diligence and hard work, Evan’s crude stick figures became the more clearly defined images you see today. With no formal art training, he creates on his own terms.

Broken boards, oil and acrylic paints, charcoal pastels, plastic resign, and melted waxes are among the mediums Evan uses. Then they are beaten, brushed, sanded, polished, and hung.

Most would cringe at the idea of scratching or sanding something they spent hours upon hours painting, but that’s Evan’s favorite part- creating the appearance that this wasn’t made in the 21st century, maybe in the 20th. So, behind every scratch and claw mark, there is a story to tell.

Show all reactions
"beautifuulll!!"
"insane work. i love it"
"These are intresting photo's!!! I hopr you make more!!"
"It's all about visual dialogue. Either you have the gift of gab or you don't. You have it. Lend me some. Please."
"beautiful! I seem to always favor the art of people who are free from the "art world"."
"Fabulous!"
"I would love to see your work in the flesh. Your aesthetic is very beautiful."
"I love it. Contemporary yet retro...beautiful and surreal...peaceful and violent...all contemporaneously. Never take any art lessons!"
"Fantastic - really inspiring; love the fairy tale imagery....i'd love to see this in person"
"Its awsome dude!" 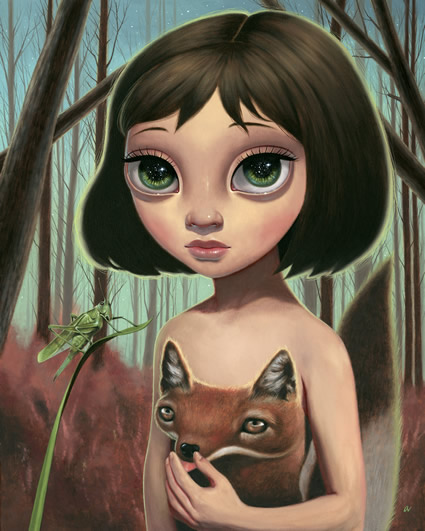 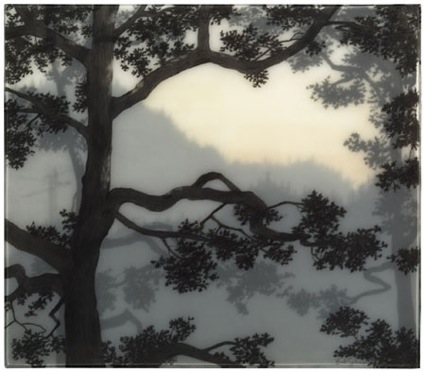