Save Beth to your Collection. Register Now! 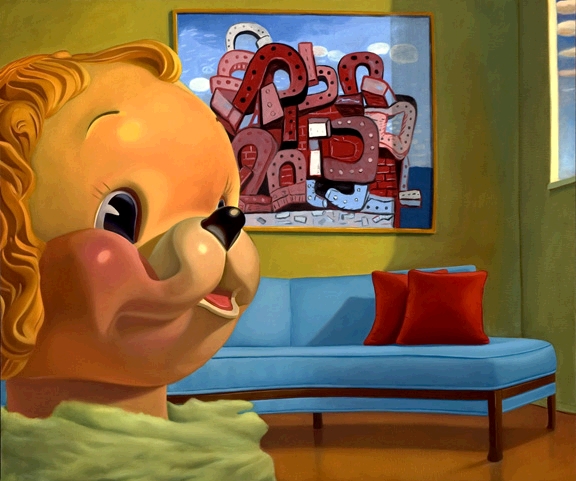 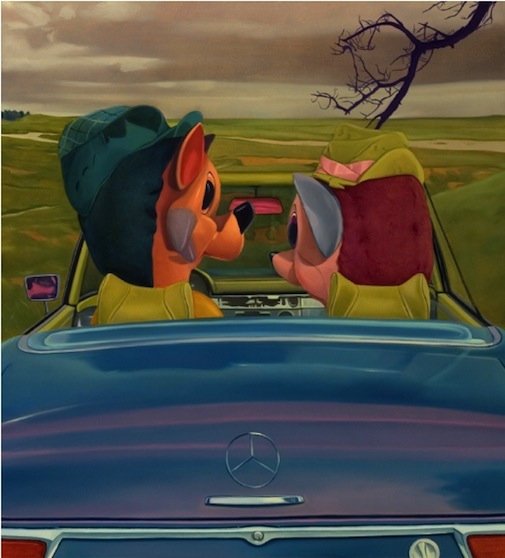 Beth Edwards earned an MFA from Indiana University in 1987 and prior to that studied art at Tyler School of Art, Pennsylvania.

In her creative practice, Edwards approaches the subject of her painting from the viewpoint of a still life painter who has been long involved in the domestic realm and with common objects, such as toys and dolls.

Edwards is particularly fascinated by the way in which certain toys exemplify both the animate and inanimate spheres of existence. Moreover, she is interested in the particular cultural connotations of toys, such as in what ways a they imprint cultural perspectives upon children.

For example, in Log Cabin I, she feminizes a masculine Lincoln Logs building by substituting its pastel hues for the typically earth-toned palette of the miniature logs. She endevors to create versions of existing toys that seem plausible but also provoke the viewer to reconsider the original.

‘At times, I faithfully paint a doll or a toy house, accurately depicting the fabricated versions of reality they represent. On other occasions, by further altering or re-interpreting the conclusions of the previous rendition, I employ the same degree of license exercised by the toy’s creator,’ she says.

Her work has been exhibited nationwide for over two decades, and she has received numerous honors and awards, including most recently a Yaddo Colony Residence in 2007.

Show all reactions
"Beth, I looked around at your website. I think your work is really terrific."
"Don't listen to any of these idiotic people. You are obviously talented."
"Great technique, too obvious, make it more mysterious, less said, more to imagine, add more paint to remove plasticity, don't stop the series, but could you please make it less frightening? dimmer, less digital feel would be great, more physical depth, less cartoony, "Can't Sleep; Clowns Will Eat Me." is a really tough concept to sell.As illustration, however, top notch. Leave me more to imagine and I would buy.Warm regards."
"RE: "Good Morning": While I love the control, color and offbeat focus on toys, not to mention the great control over composition, I, too, am having a bit of trouble, Beth, with concept. In fact, these paintings are not cute or mildly enigmatic to me, but frightening. They remind me too much of the famous saying/button/etc that goes "Can't Sleep; Clowns Will Eat Me."These dolls do not make me remember my youth some 50 years ago. In fact they obliterate whatever fond memories I may have had at that time of soft cuddly toys, Howdy Doody excepted, who I covertly burned in a small pyre. Perhaps, however, you are hoping for a reaction similar to this despite your description? If so, you have achieved your goals amazingly well.But I personally would never be able to purchase a painting like this, NOT BECAUSE SOME ART ILLITERATE HAS NO CONSTRUCTIVE CRITICISM, but simply because I could not remain in the room wherever the painting had been hung!Great illustration, though. My own philosophy as a painter is to leave at least half the interpretation of the story, if a story is even necessary, to the viewer. Some get my work, others don't, I think partly because they don't allow themselves enough time to absorb whatever I was was suggesting.Your painting here DOES allow for mystery, but there is a certain Mallet Over The Head approach that at least for me is off-putting despite the mastery involved.Since art is so subjective I am sure there are many who will disagree with me and that is surely right that they should. However, if you are looking to increase sales rather than merely cause sensation, I would humbly suggest that you try pulling back nearly all the plasticity of the image, add more skin to the canvas so it looks less digital, and maybe darken the whole thing so the evil inferred is more in the beholders' eyes, allowing your own feelings to be more subtly indicated than overstated.By no means do I suggest you discontinue this series...and I think perhaps I have said enough. If you'd enjoy any further dialog, we'll figure out a way to continue in a less public venue, OK?In a word or two, I love the clear exhibition of talent, and am too scared to enjoy it.GEBPS: Don't let my photostream speak for me; I am only beginning what will be several hundred works. I'm weary of making them big enough to see but not too big to waste space or be ripped off."
"A total turn off for me."
"Regarding 'Good Morning', there doesn't seem to be any clear concept. It reminds me of someone accidentally walking into the frame of a photo being shot. It really is quite boring and forgettable."
"What is the concept in 'Good Morning"? It reminds me of someone accidentally walking into the shot of a photo. It's too boring even for a child to appreciate."
"I love the work of this "feel Good" artist. The use of color as well as the subjects. I LOVE "The Brown Dog""
"I find some of these utterly terrifying!"
"Looks like computer animation... Job well done." 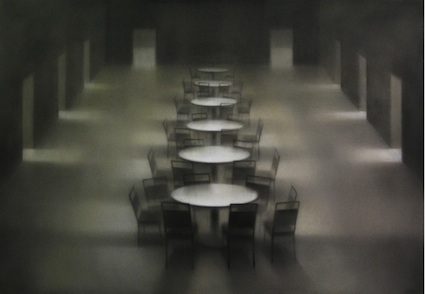 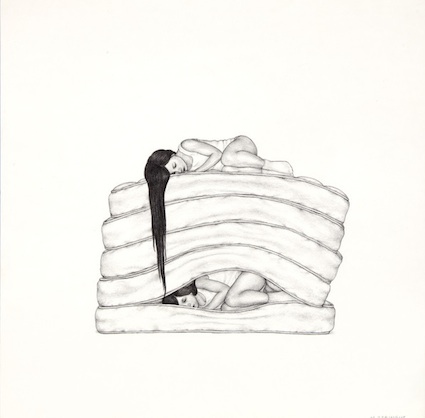